A dog has been hailed the luckiest in Britain after it was hit by a car and rolled for 200 yards – and escaped with cuts and bruises.

CCTV shows Winston the British bulldog struck and battered along the road as it darted out in front of the motor.

Winston can be seen repeatedly been bounced against the front bumper as the driver continues without stopping. 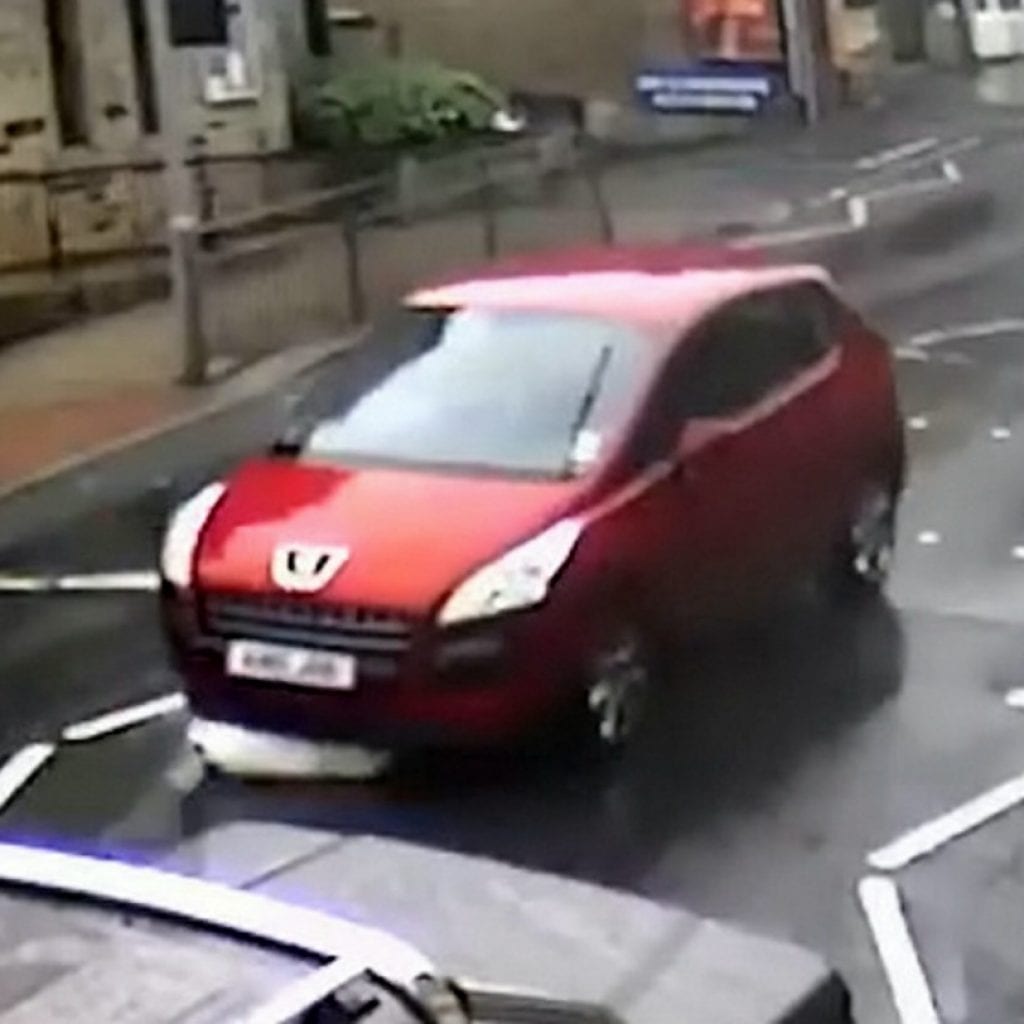 The driver of the vehicle appears oblivious despite bypassers shouting and screaming for her to stop and the wounded dog howling throughout.

The footage from a local shop shows three-year-old darting into busy Thornton Road, in Bradford, West Yorks., before being struck by a red Peugeot in heavy rainfall.

Owner, Mick Dooling, 52, of Thornton, found Winston, with blood coming out of his mouth, legs and pooling underneath him.

Amazingly the dog is already out of the vets. 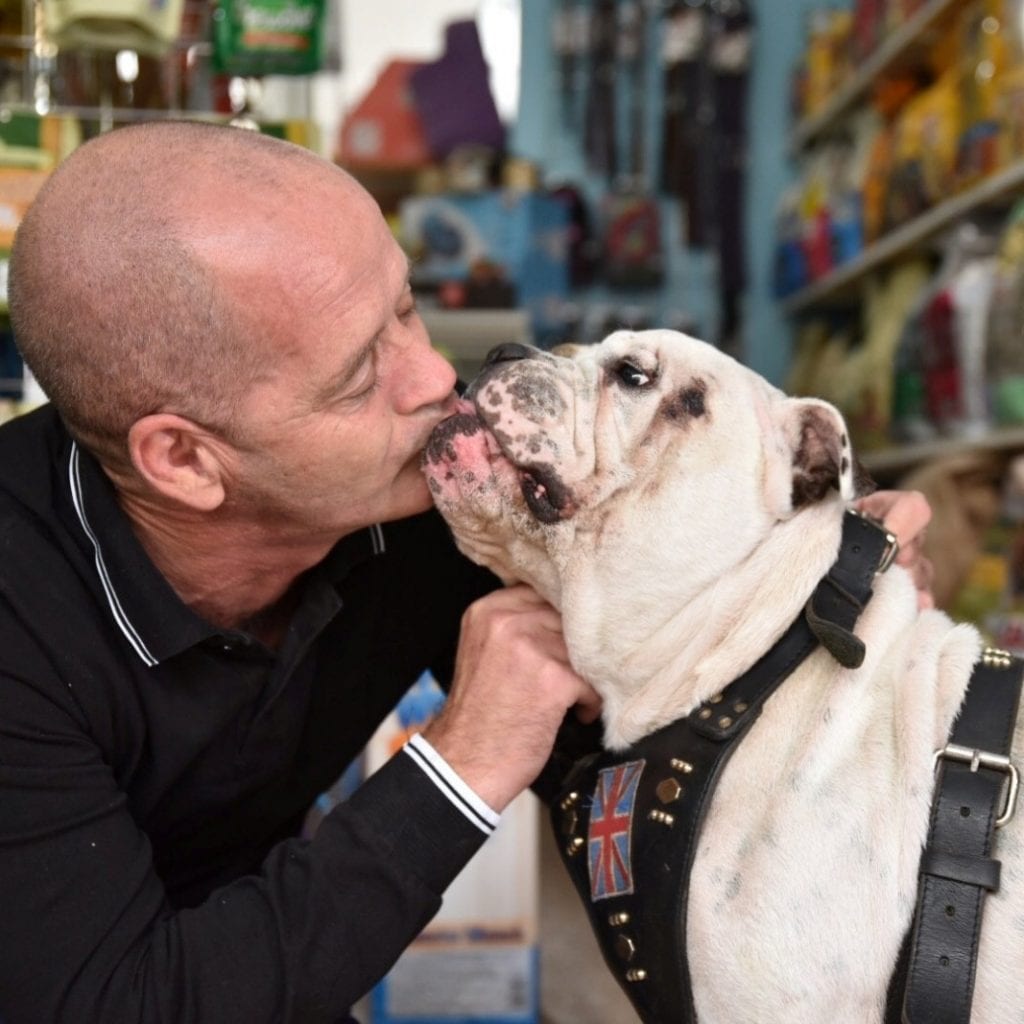 Mick said: “I was crying my eyes out. A bloke pulled up and said ‘Sorry, your dog’s dead’. He’s just my boy, he always has been. He’s like my son.”

Mr Dooling had to console a woman at the side of the road who had been traumatised by the whole event.

Three-year-old Winston escaped Mr Dooling’s current home, where he is staying with a friend, when the children at the home opened the door.

Usually he is kept on a harness.

Donna O’Brien, Mr Dooling’s ex-partner, who owns a pet shop in Thornton, saw the event unfold and said the dog was dragged under the car for about 200 yards down Thornton Road and then up Kipping Lane with the vehicle then driving off up West Lane.

She said: “I was sat in a van nearby and the noise from the dog was unbelievable.

“We saw it shoot off covered in blood, we found him five minutes later outside Mick’s old house. It was horrible to hear and see.”

Winston was taken to the vets where he was given two injections in the back of his neck. 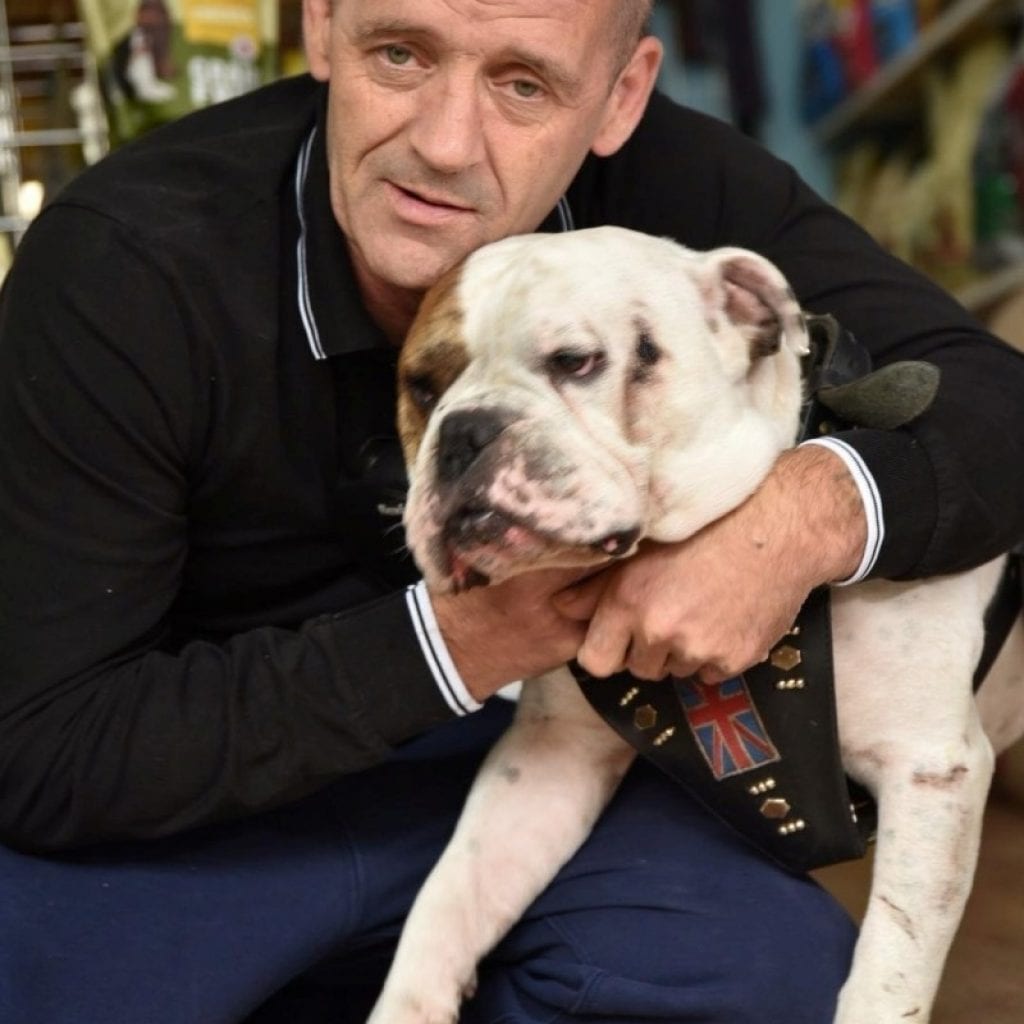 Mr Dooley was given antibiotics for his dog, as well as being instructed to bathe the wounds every night.

Vets explained to Mr Dooley that Winston was able to save himself because being a big, muscular dog he was able to pull himself from under the car as it slowed down. 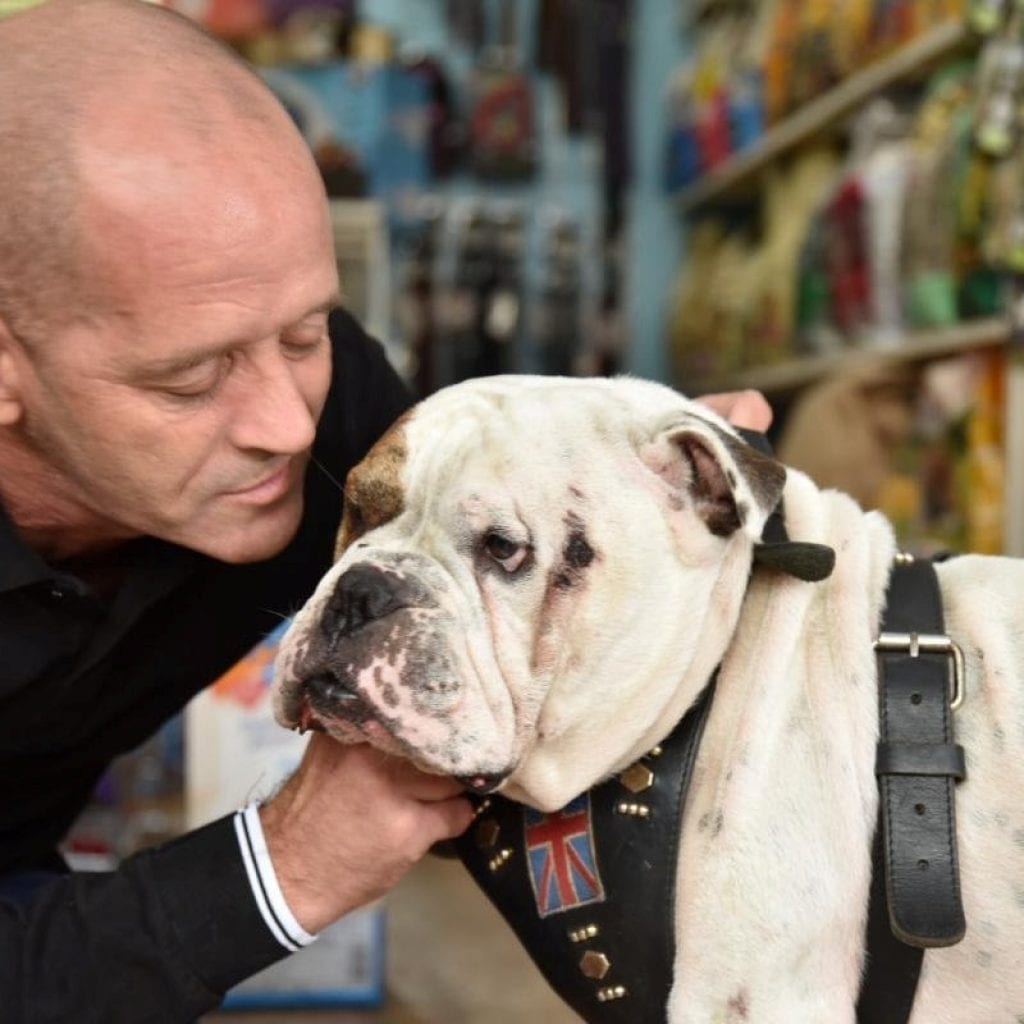 He said: “If that had been a child, that child would not have survived. Things happen, but to drive off. I’m not blaming them for hitting the dog, my argument is they should have stopped.

“Like someone told me, they might not have known they’d hit it, but the dog weighs 60kg – you’d have heard it straight away, it would have made a right bang.

“There’ll be damage on the car because he’s gone underneath the bumper, but it’s not been seen again.”

Section 170 of The Road Traffic Act 1988 states a driver must stop, report the accident and give information or documents if damage is caused to a dog. A person who fails to comply is guilty of an offence.

People on social media have now put out a plea to try and help identify the driver.

Winston’s miraculous escape hasn’t left him unscathed though. His skin has come off his legs and he has a hole on his head. 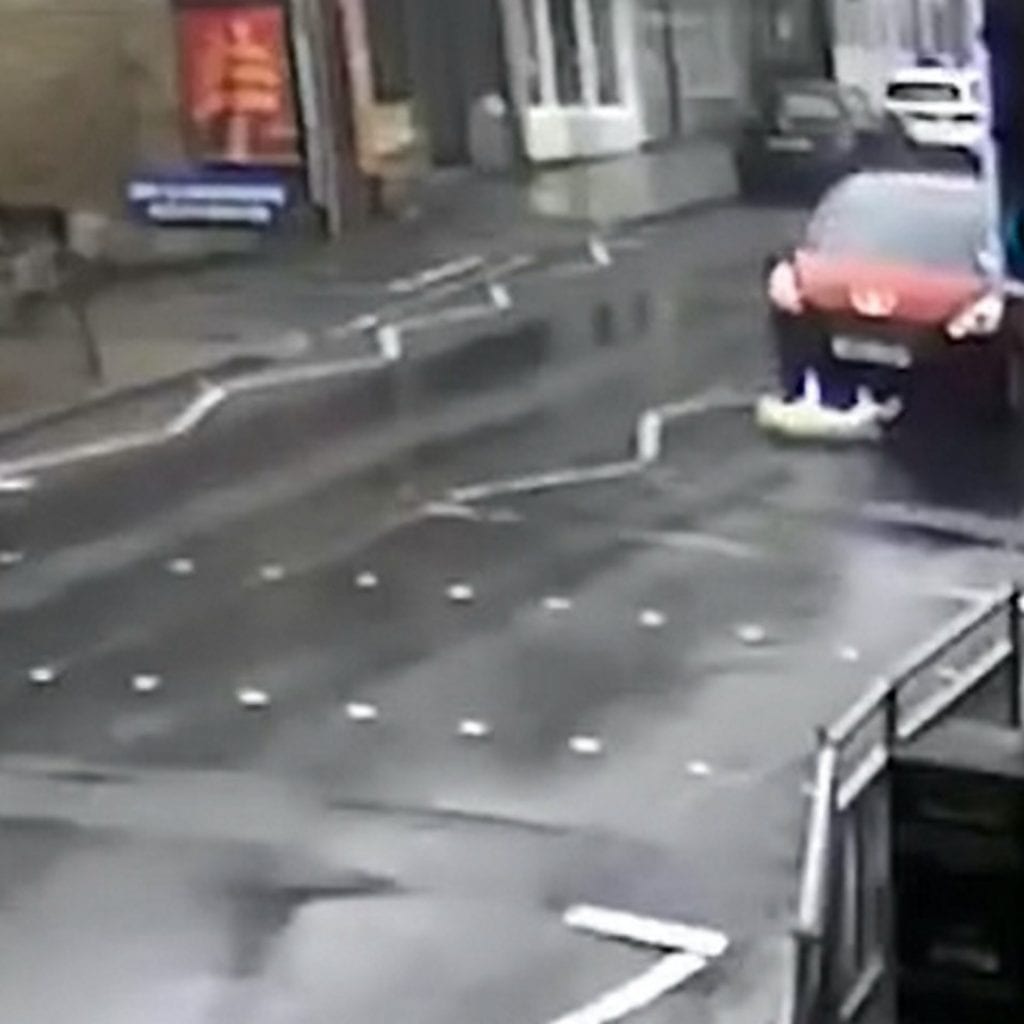 But it’s the psychological effects of the incident that have impacted Winston most.

Mr Dooley said: “He’s a gentle giant, plays all the time, bounces about and he isn’t an aggressive dog.

“But now, his tail’s between his legs, he sticks to my leg and follows me all over. He’s a bit traumatised by it all and I’m having to wait until night time to take him out.”