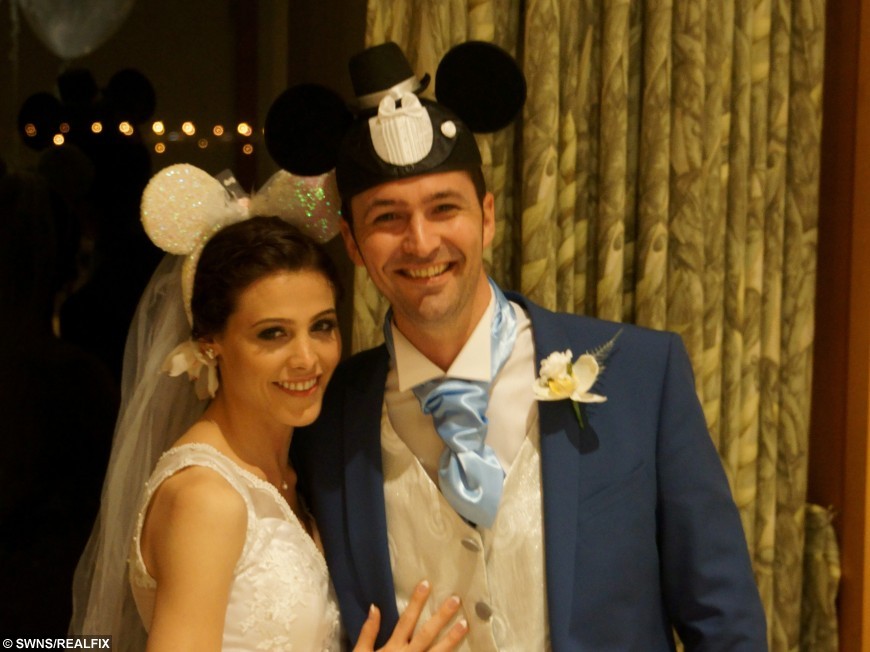 A real-life Tinderella landed herself a fairytale wedding after swiping right for her Prince Charming – and she even lost her SHOE on the big day.

Once upon a time, in 2014, 27-year-old Laura Colebrook, a Disney-obsessed lawyer, found herself single and ready to mingle – so turned to Tinder.

She had only been on the dating app for a few weeks when she came across a potential suitor, dark-haired Jonathan Tapping, a 32-year-old IT consultant.

After a mutual right swipe to indicate their attraction for one another, they struck up a conversation and immediately fell under one another’s spell. 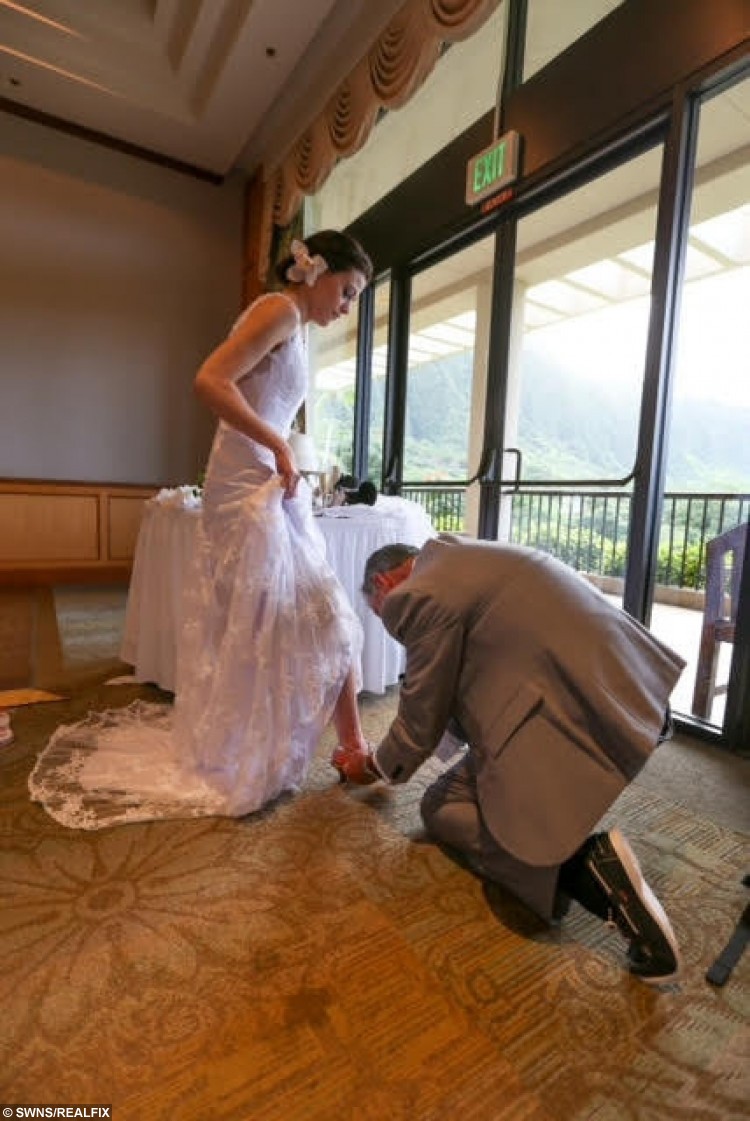 On their first date, the pair decided to go to Disney World Florida together – Laura’s 17th trip – and within weeks, Jon had hatched a plan to make the Disney fanatic his bride.

He popped the question six months later during the Disney trip with a diamond platinum ring inside a Winnie the Pooh trinket box – and Laura said yes.

In true fairytale fashion, the loved-up couple got married in a land far far away in a Cinderella-themed Disney wedding, on Waimanalo Beach in Oahu, Hawaii, in January. 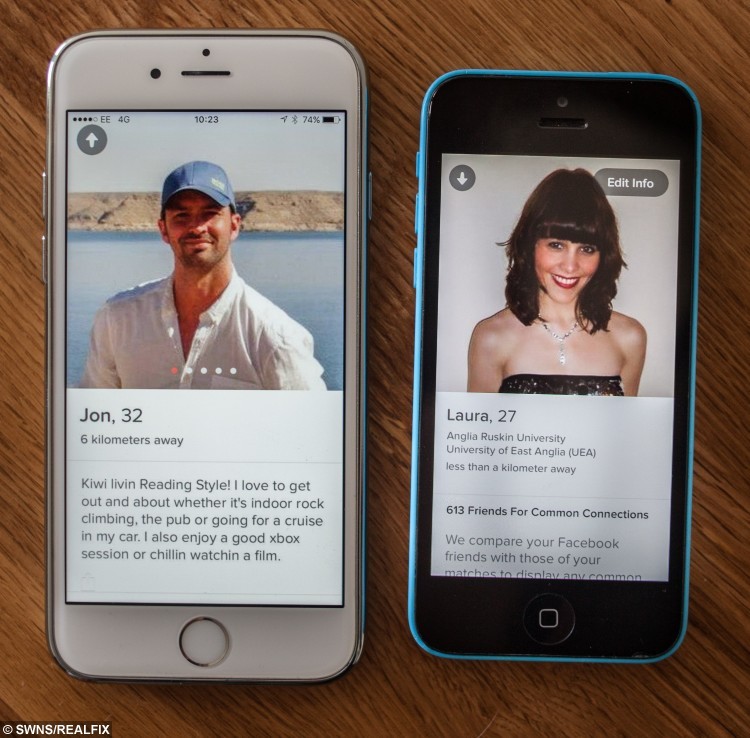 Disney songs played throughout, there were little Mickeys hidden in bouquets of flowers and the loveable characters adorned their wedding cake.

Jon had Mickey Mouse cuff-links, glass slippers decorated the dining tables and there was even a cardboard-cut out of a castle at their reception.

To top it all off, Laura somehow lost her shoes as she rushed away from the ceremony – just like in the original Cinderella story. 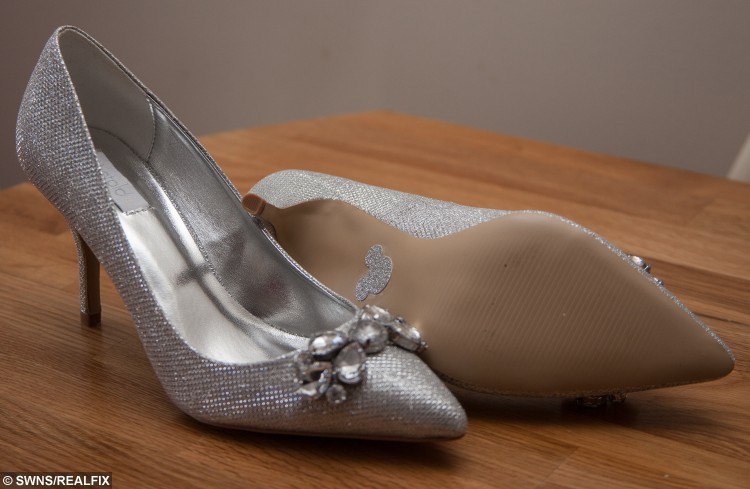 Disney-fever even took over the couple’s honeymoon – which they spent island hopping before spending two days at Disneyland in Los Angeles before flying home.

Laura, of Reading, Berks., said her Disney dream became a reality – and now she and Jon, who is a newly-converted Walt fan, are living happily ever after.

“The big day was perfect from start to finish,” said Laura, who doesn’t have two evil step-sisters, like in the story, but does have a single “lovely” one.

“It really has been a fairytale from the beginning. After finding each other on Tinder we met up within a week and as soon as I saw him, I knew he was the one.

“We enjoyed each other’s company so much that we went on a second date the following day and we had a picnic and our first kiss.

“The wedding was absolutely perfect. I was dolled up like a princess, the sun was shining and the beach looked stunning against the turquoise water background.

“As I stepped out the limousine with my father at my side, holding my hand, my family looked back at me and I felt immense happiness.

“I walked down the aisle and became completely focused on Jon. Everything else faded into a beautiful blur.” 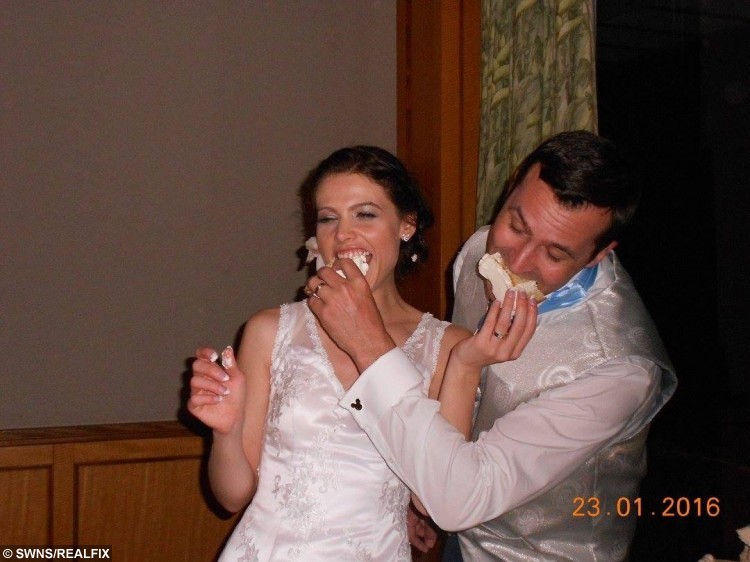 After a mutual right swipe to indicate their attraction for one another, they struck up a conversation and immediately fell under one another’s spell.

After the ceremony the guests poured away and Laura and Jon stayed behind to have some photos taken before heading to their reception.

But in a magical twist of fate Laura’s wedding slippers disappeared before they got there – and she was forced to nab her mum’s sparkly, expensive shoes instead.

Laura said: “We found them under the seats in the minibus which brought to the beach a few days later. It was so strange.

“I’m convinced the shoes did it on purpose to fit in with our theme.” 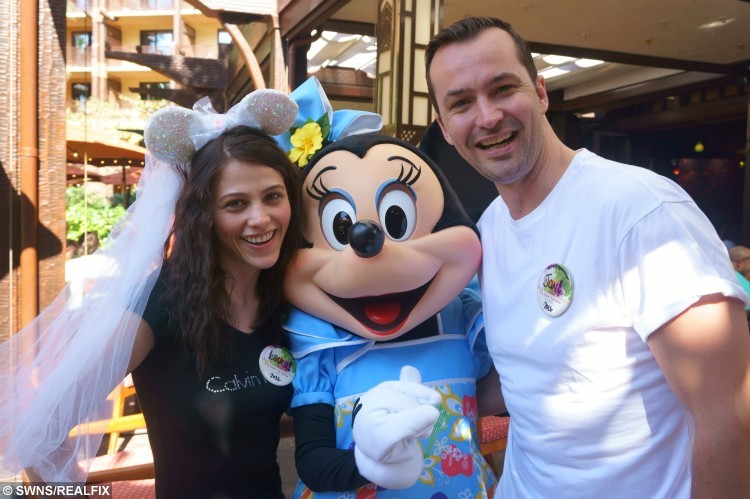 On their first date, the pair decided to go to Disney World Florida together – Laura’s 17th trip – and within weeks, Jon had hatched a plan to make the Disney fanatic his bride.

Laura, whose wedding was organised by Married With Aloha, said she lived out her perfect Disney dream – and her next goal is to go to every Disney park in the world.

She admitted: “I just love Disney so much. Snow White is my favourite, but I’ve got all of the films on DVD and I collect Disney villains. My flat is full of boxes of the stuff.

“On our first date, I told Jon I was a bit of a Disney fanatic. He embraced it straight away. He knows it’s a part of me.

“He didn’t particularly like it before, but he does like Star Wars and now Disney own Star Wars, so it all worked out OK.” 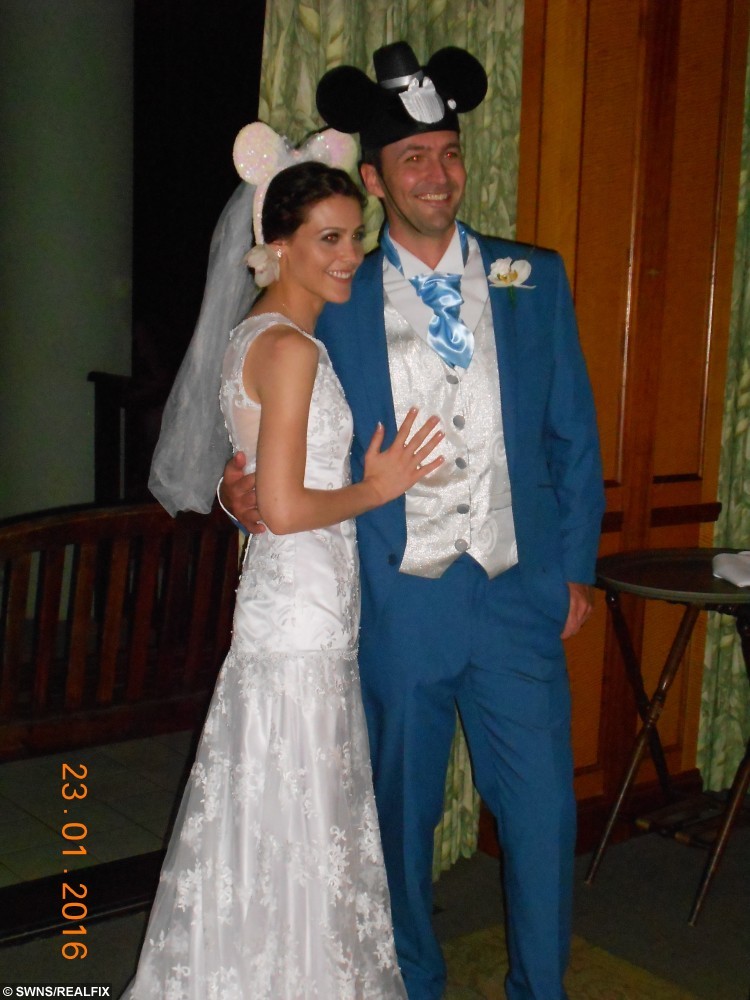 To top it all off, Laura somehow lost her shoes as she rushed away from the ceremony – just like in the original Cinderella story.

Jon added: “Laura has made me the happiest man. She absolutely took my breath away when we first met. I was lost for words many a time over.

“Our wedding was spectacular. Seeing my bride in her dress for the first time was the best part – she looked absolutely beautiful.

“She even lost her shoe in true Disney Princess style.” 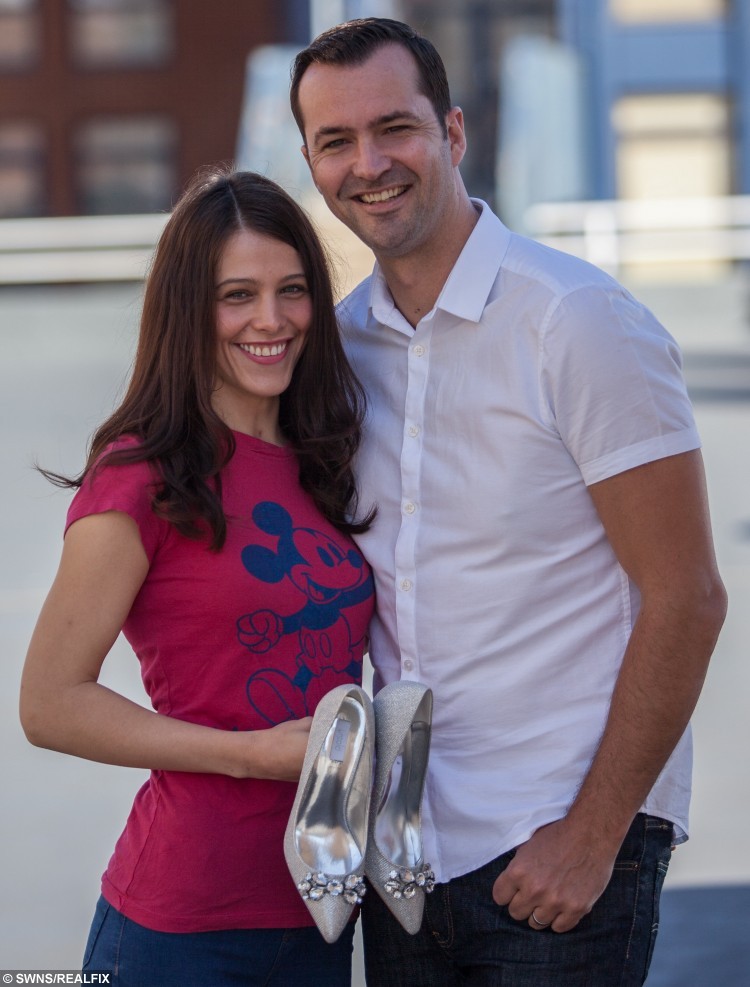 He added: “I think I underestimated her Disney obsession slightly – I thought there was no way someone could be that obsessed. She really is, though.”