A toddler will fly to America for an operation to allow her to WALK unaided for the first time – after her local community raised £80,000 for the surgery.

Inspirational Esme Hodge, known to her family as Ezzy, is just weeks away from being able to take her first unassisted steps, thanks to the help of local people. 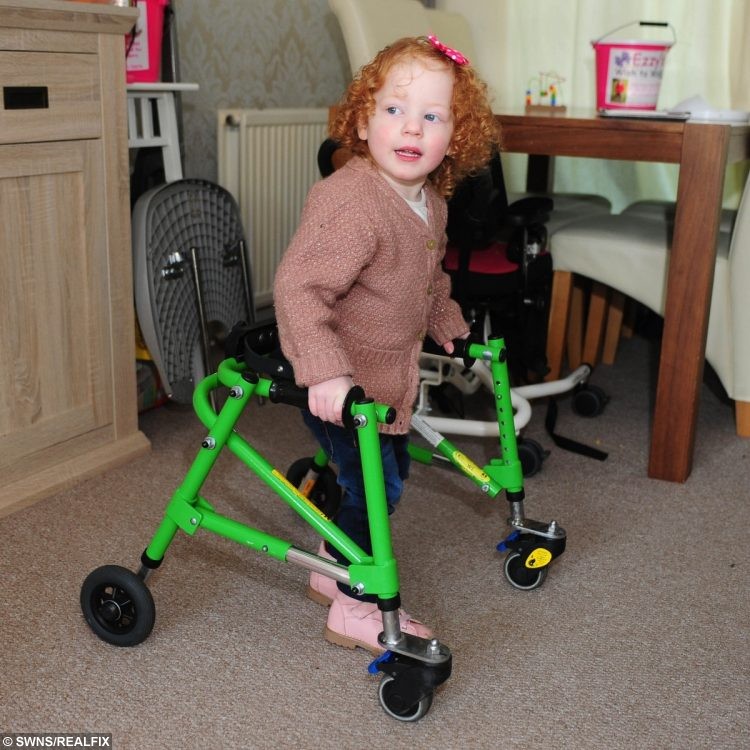 The excited three-year-old has already met the surgeon who will be operating – which will finally allow her to run around and play with friends and her siblings.

And her parents, Angela and Matt Hodge, say they have been overwhelmed by the fundraising efforts to help give their little girl a normal life. 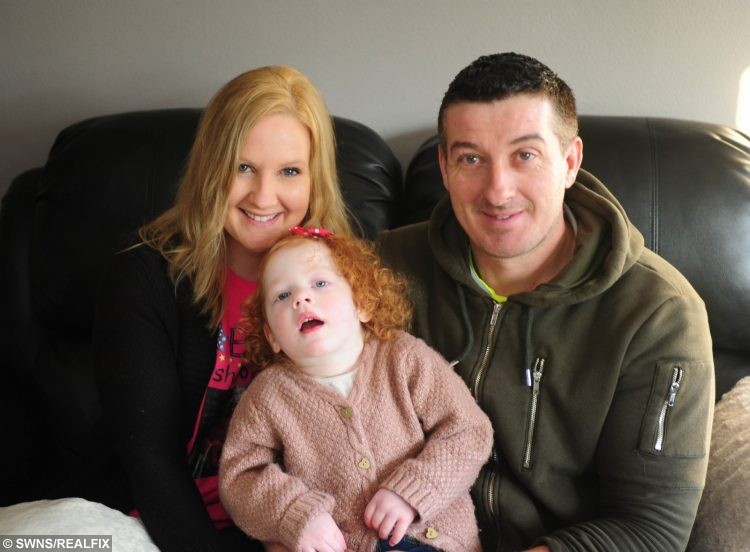 “It’s been a massive community effort to raise the money,” said mum-of-three Angela, from Thornbury, Bristol.

“We have been so touched by the support and kindness of the people around us and also of complete strangers who just want to help Ezzy.”

Ezzy was born three months premature, weighing just 3lb, and doctors had to wrap her in a sandwich bag and put her in an incubator to keep her alive. 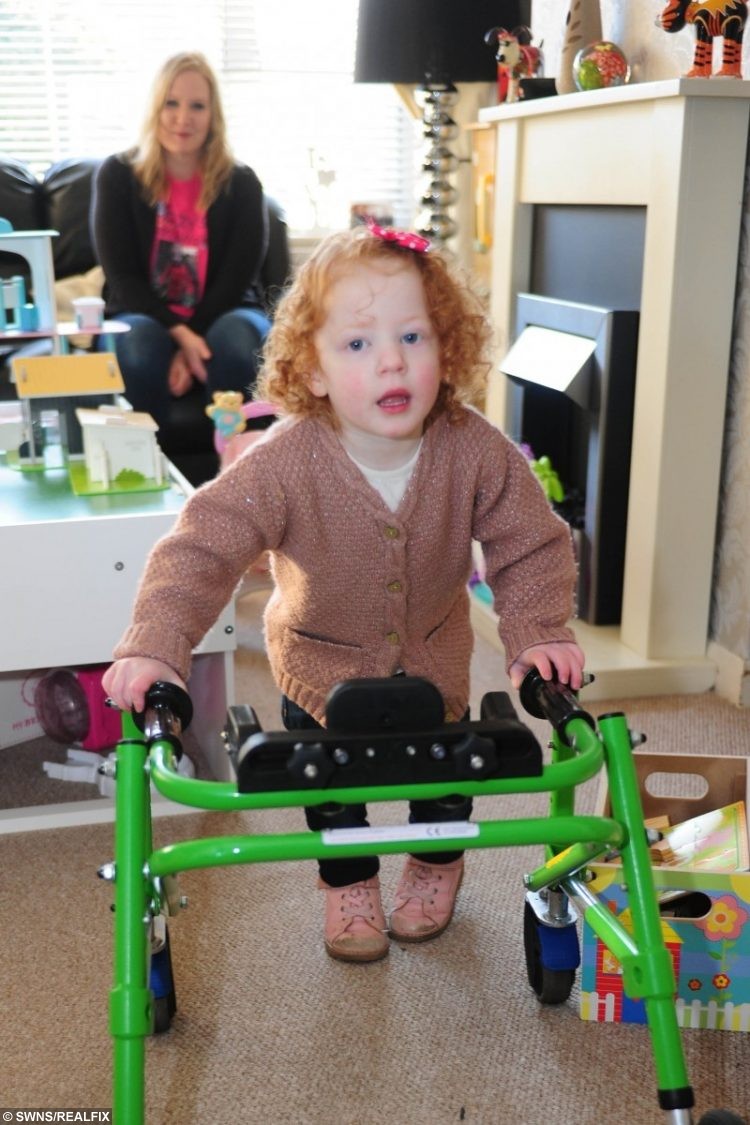 She spent her first six weeks in intensive care before her parents were finally allowed to take her home – only to realise she was not developing the same as other children.

She was soon diagnosed with cerebral palsy as a result of brain damage incurred from her traumatic birth – and Angela and Matt were told she would not walk without the specialist, £80,000 surgery. 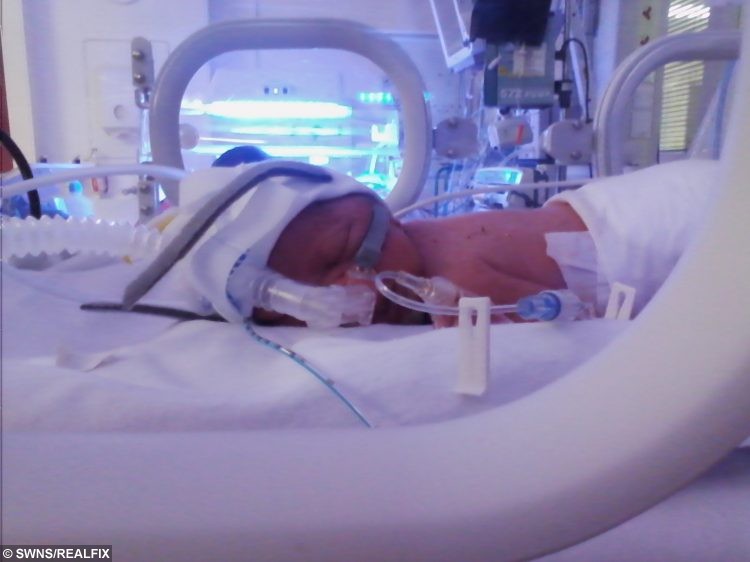 In October 2016, in an effort to help give Ezzy a normal life, her parents launched the ezzyswishtowalk campaign to raise money to pay for the surgery in America.

And in less than ten months, the local community has raised the whopping £80,000 sum through a series of events and auctions, in order to send Ezzy to St Louis Children’s Hospital in Missouri. 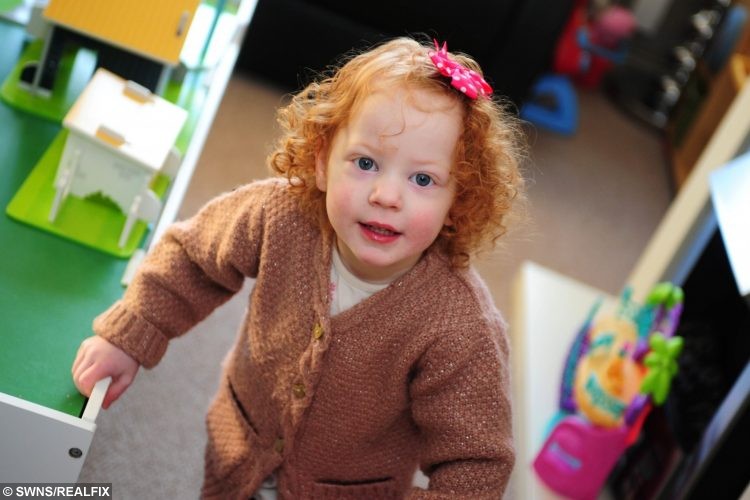 The family are set to fly out to America on September 14, where Ezzy will undergo the Selective Dorsal Rhizotomy treatment under specialist Dr T.S. Park.

And the three-year-old has already made great progress ahead of her life-changing surgery, managing to stand for 35 seconds just a few days ago.

Her mother has been told by doctors that Ezzy may even take her first steps before she returns home from the US. 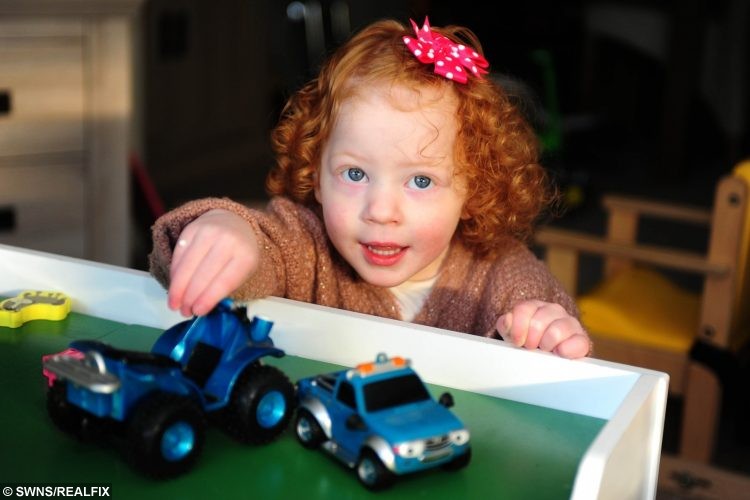 The Hodge family are now planning to hold a glamorous Thank-You ball at the Marriot hotel in Bristol on Saturday, September 2.

It will continue fundraising to finance the years of physiotherapy and support Ezzy will need after the operation. 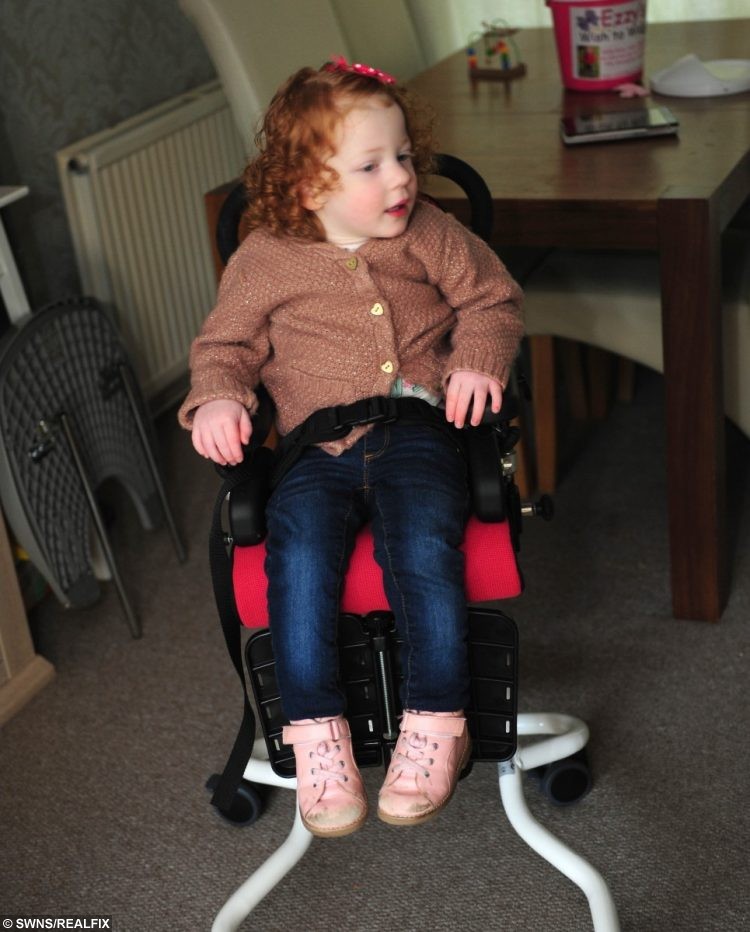 Old Golden Retriever Gets Free Rides In A Garden Cart