A survivor of a tram crash which killed seven people has told of how he was trapped under a door when the the tram “tumbled” off the rails.

Dad-of-four Taiye Ajibola continues to have flashbacks from the crash on Wednesday morning and remembers two women lying unconscious next to him and others who had died.

Today (Fri), two days after the crash in Croydon, south east London, emergency services are preparing to use several huge cranes to haul the tram away.

Mum-of-two Dorota Rynkiewicz, 35, was the sole female fatality in the horror crash, which also claimed the lives of six men.

Taiye, who suffered a huge cut to his face in the crash, says he is lucky to be alive.

He said: “The speed was very, very high. It was too much. By the time it came out of the tunnel I just saw it tumble, and at that time everybody was just everywhere.

“There was a black out, and then I was struggling to get myself out. I was under the door of the tram and there were two women next to me.

“I tried to move them, but they weren’t responding. So I managed to squeeze myself out. This guy was saying to me, ‘I’m still alive, please don’t step on me’. The door was on him too and he couldn’t move.”

The school councillor added: “When I’m alone, it comes to me quick, the flashbacks to the tram. I was looking out of the window earlier, my wife could see what was going on in my head.

“People were scared, everybody was crying, shouting, screaming, I can still hear it. But some people were already gone. Some were just lying there and they couldn’t even talk.

“A girl was sitting down she was holding on to herself crying so I said ‘stand up and follow me’.”

Taiye said: “It’s not something you want to experience at all. It was a terrible situation for someone to remember.

“I had a cut on my face and a bruise on my head. I had broken glass in my hands. My shirt was soaking wet with the rain and blood.

“My flesh came off. I was in serious pain, my neck, my shoulder and my elbow.” 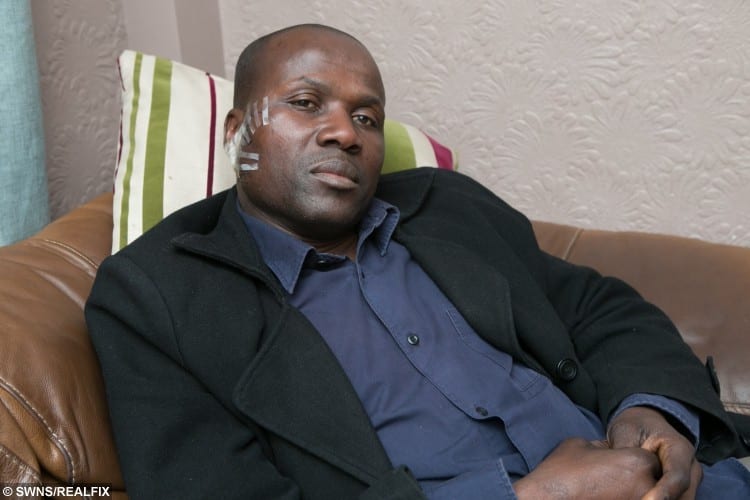 In the immediate hours after the crash nearby Croydon University Hospital and St George’s Hospital in Tooting, south west London, cared for 57 injured passengers, some of whom required amputations.

Dr Osuji said she had never seen a major incident like it, and she hoped she would never see anything like it again.

She said: We were exceedingly busy but actually I think at the end of yesterday we had a sombre moment.

“And I think when the horror of what had happened had really hit, quite a few staff members were very quiet.

“Obviously we’ll have support for our staff members but, more than that actually, speaking to the relatives who were here at the end of the day when the news was not as good, it was a really sombre moment.

“I have to say yesterday was an extremely sad day for Croydon and our heartfelt condolences and sympathies and prayers go out to all of those affected either directly or indirectly, particularly to those who lost loved ones.”

In total 38 crash victims were taken to Croydon Hospital but while many were sent home, some died in hospital.

Dr Osuji said: “We’re very conscious that for a number of families life will not be the same moving forward.

“We were reconciling patients and relatives all through the day. At the end of the day there were a few who we couldn’t make that reconciliation.”

She added: “Although we train and plan for major incidents on a regular basis, the reality is different and yesterday was a raw example of what could happen in a moment.

“I spent a lot of time in the emergency department yesterday, I went there repeatedly.

“It was not a scene you see every day, in terms of the level of activity that we were witness to.”

The disaster forced the hospital to cancel some surgery appointments and close off some patient clinics to discharge survivors.

After the crash was declared a major incident so many turned up to help that some had to be sent home.

Dr Osuji said: “We had to make sure we had sufficient staff to deal with an incident that was emerging, not knowing what the total numbers [of casualties] would be, and what we had to deal with, but also think to the future to think about who would be there to care for the night shift, or the day after.

“We’ve had a quick debrief, but we’ll have a longer debrief and I think the psychological support we give to our staff is going to be really, really important.

“I think that every patient will be cared for on an individual basis and where additional care is needed that will be provided.

“In a situation like this, I think the NHS really comes into its own and I’m exceedingly proud and thankful to all our staff.”