A transgender dad who gave birth twice while living as a woman says he found the courage to transition to male – after his step-daughter came out as a BOY.

Soccer coach Spencer Hanson, 36, was raised as a girl in a conservative, Christian family and says he always knew “100 per cent” he was not female.

She had two children from a previous relationship but they also had a son and daughter of their own after Spencer fell pregnant using a sperm donor. 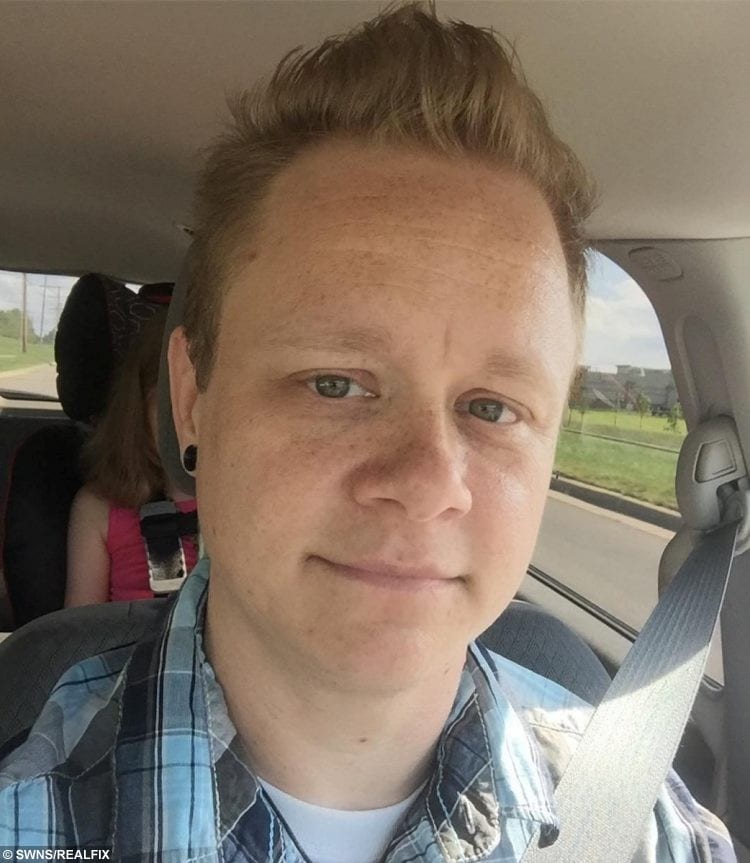 During his first pregnancy with daughter Bug, now nine, Spencer battled gender dysmorphia but feared his loved ones would be ashamed if he came out as trans.

It was only when his step-daughter Bub – then aged nine – announced she was a boy and not a girl that Spencer found the courage to begin his own transition.

He said the process of enrolling a step-child in therapy and starting them on hormone blockers gave him the strength to begin his own transition to male. 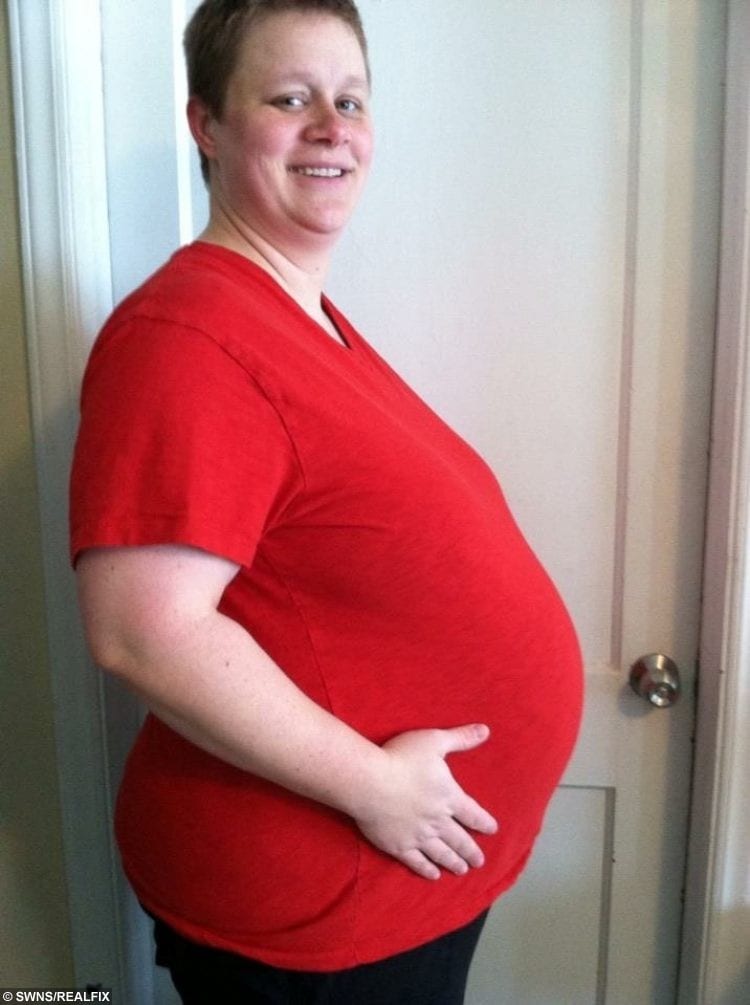 After having his second son, Cub, now five, in 2013, and suffering a miscarriage in 2015, Spencer began taking testosterone and had a hysterectomy and double mastectomy.

Speaking publicly about his journey for the first time, Spencer, who runs an Instagram blog called Becoming Dad, says he believes he would not be alive if it wasn’t for Bub.

Meanwhile, Bub has begun another stage of their journey and is ‘de-transitioning’ back to a girl. 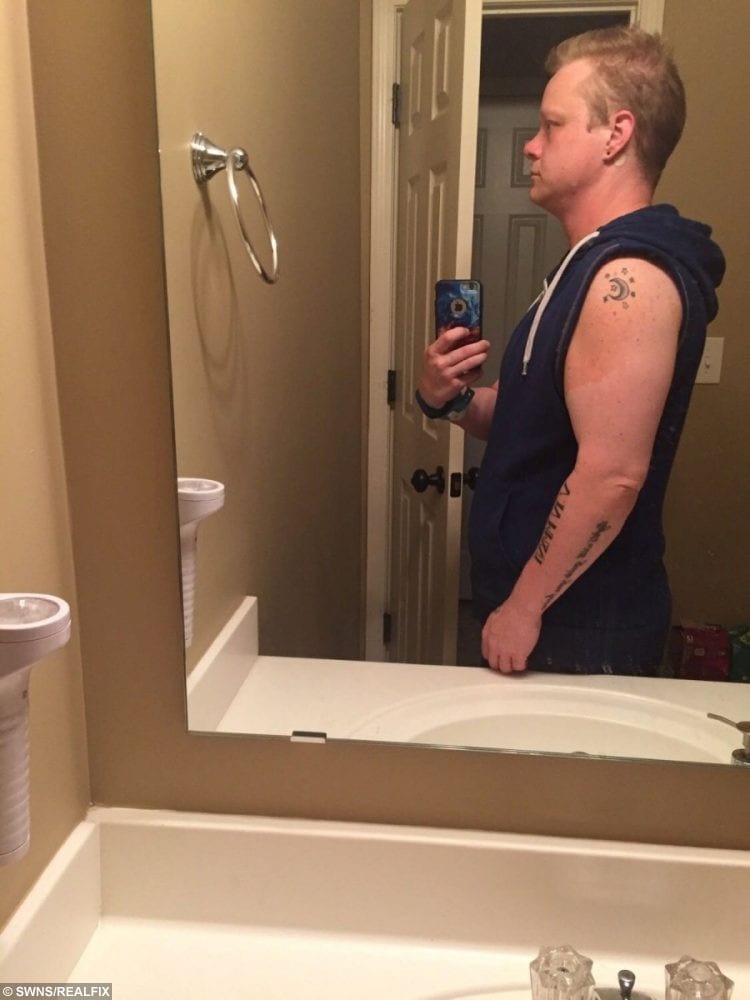 Spencer, of Kansas City, Kansas, said: “I always knew I was 100 per cent not a girl, so when I got pregnant it was super hard and the whole thing gave me so much anxiety.

“Literally no one else on the face of the planet can be pregnant except girls and I did not know how to be pregnant and not be feminine.

“What kept me from transitioning is I felt like I was completely letting my parents down and I would lose them and my brother and my friends of many years.

“I don’t like making people feel disappointed or ashamed in me. 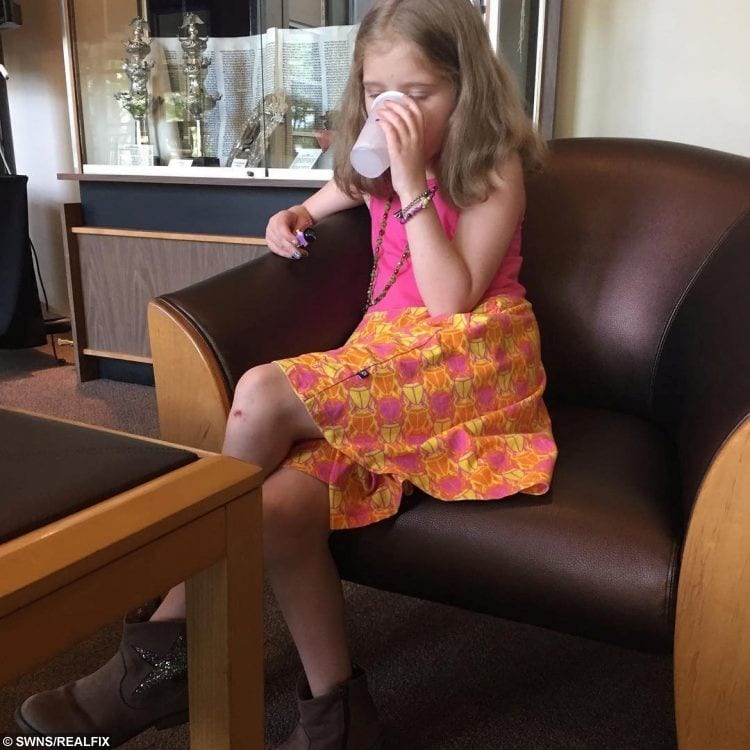 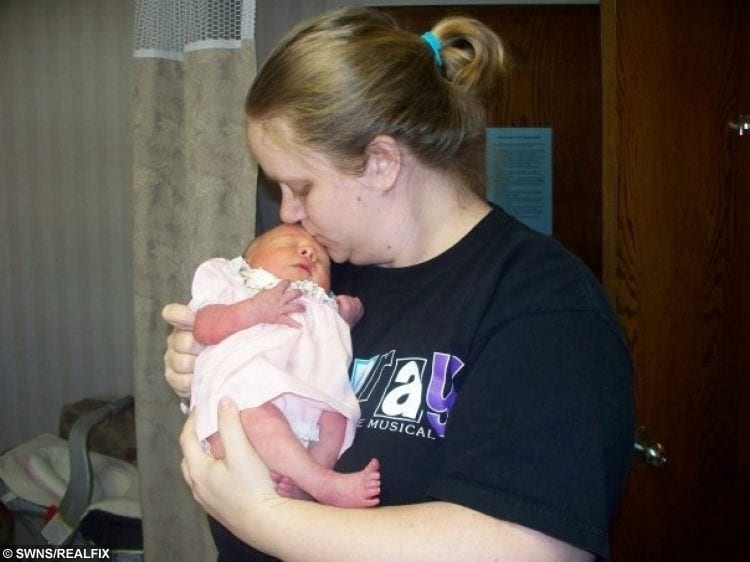 “We got her in gender therapy and on hormone blockers and she legally changed her name.

“When she was in therapy, the therapist said to me, ‘Have you addressed your gender issues?’

“I felt like there was no way I could ever say I was transgender too because otherwise everyone would blame my child’s transition on me being trans, so I both appreciated Bub coming out and resented it. 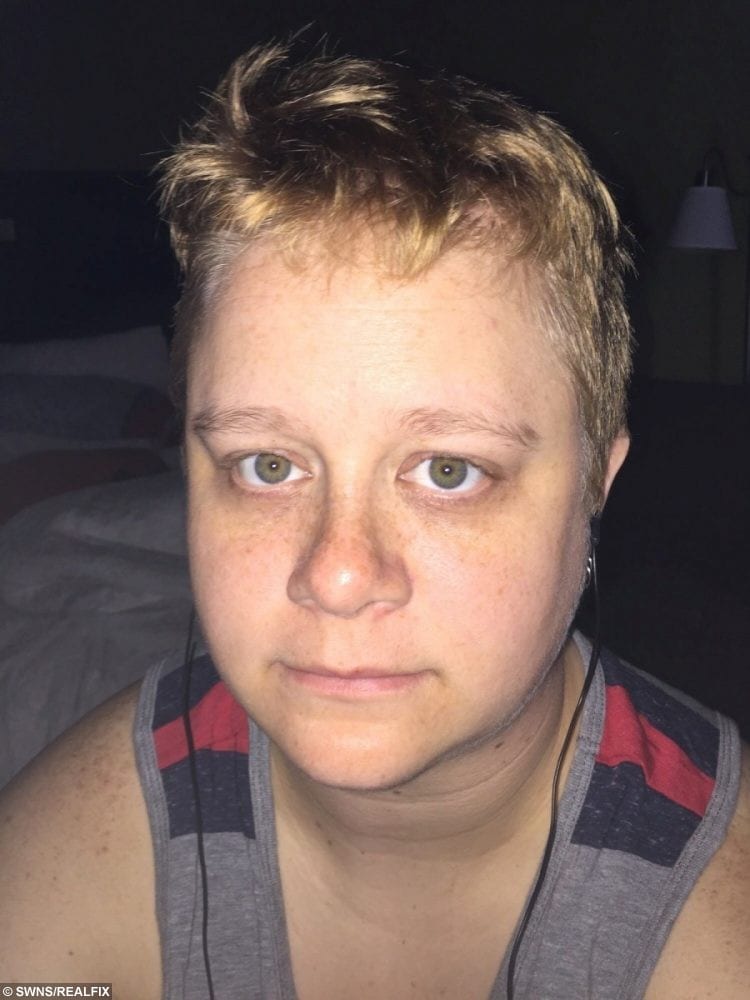 “But the therapist saying it to me sparked a conversation with my wife and I was like, ‘I literally hate my body.’

“I was suicidal and I came out as transgender. I wouldn’t be here today if I didn’t transition.

“Around 13, Bub started going back in the other direction. She was having mental health issues, but she seems pretty comfortable with who she is. 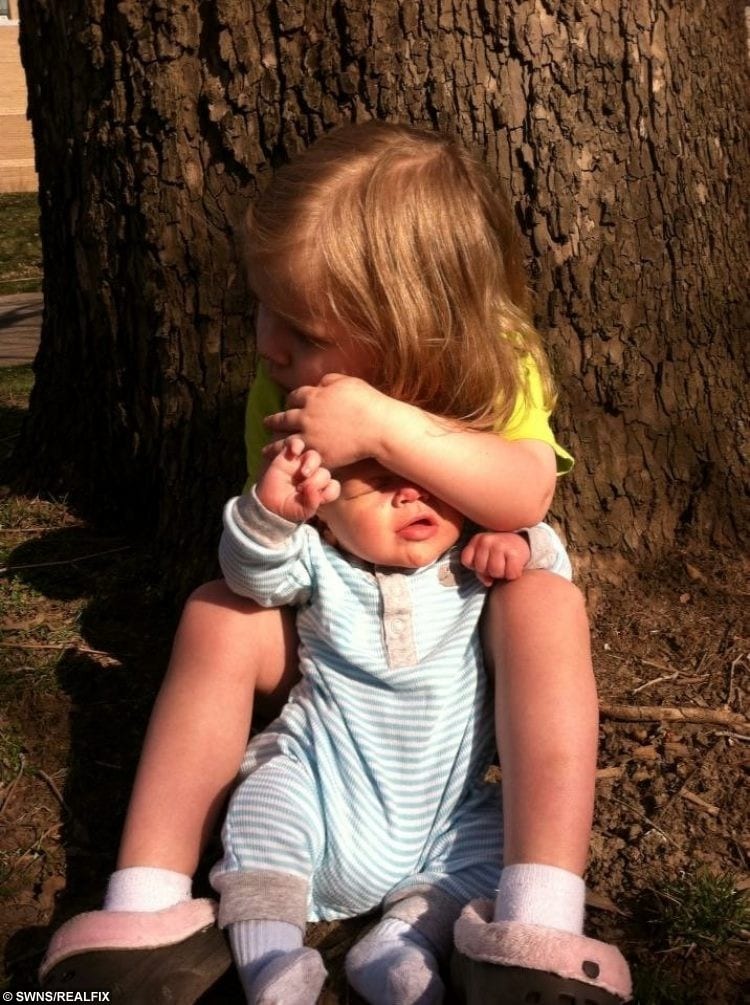 “I like to remind her that she is the reason I’m alive today because if I had not gone through that with her I could not have realized that I am who I am.”

Growing up, Spencer played sport with male classmates, hated feminine clothes and knew “100 per cent” that he was not a girl.

But he did not know what it was to be transgender until his mid twenties.

After moving to college, he chopped his hair off and, at the age of 19, came out as a lesbian to his parents. 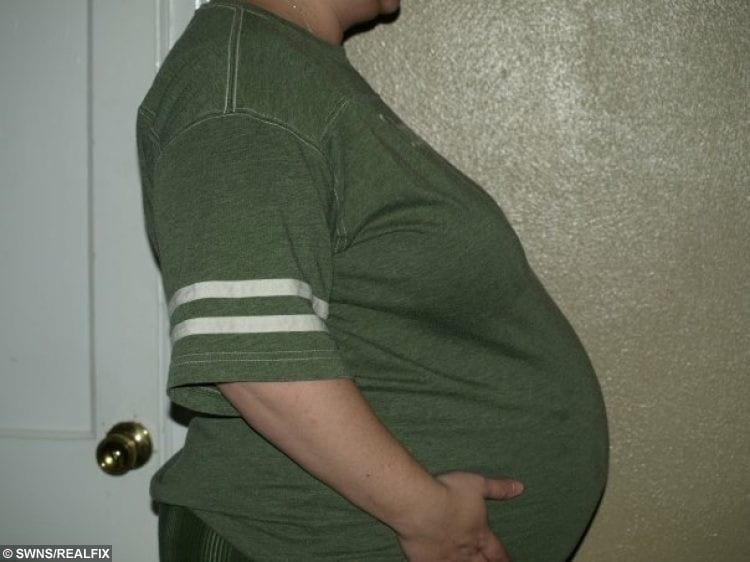 Then in 2007 he met his wife Jess, who works in the medical field.

He refers to her two children as Bub, now 16, and Cupcake, 21, but does not wish to disclose their real names.

The pair married in 2008 and are currently separating but remain on good terms.

Spencer – who does not wish to share his female birth name – said he and Jess raised their children “without gender expectations” to help them “support their truest selves”.

It means the open-minded youngsters have taken to calling Spencer ‘dad’ after years of him being their mum. 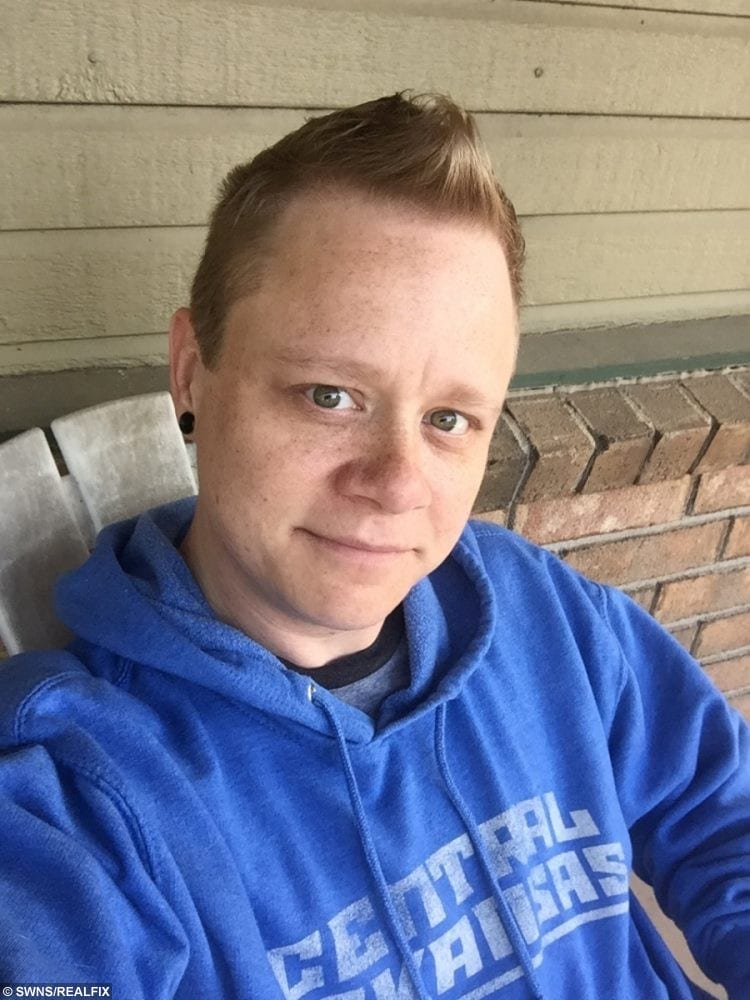 “I said, ‘I don’t want to upset you because you are important to me. What would you like to call me?’

“We went through different names and my daughter finally was just like, ‘Can we just use dad?’ And I was like , ‘Yeah.’

“They all call me dad now. 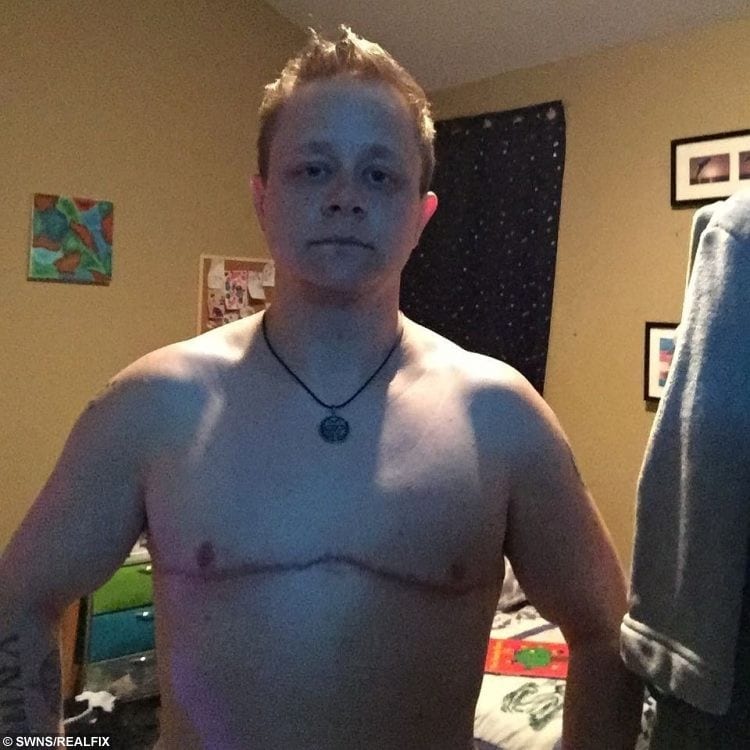 “The hardest thing about it was giving up the title ‘mom’, because for me it held a lot of emotion.

“But when they call me dad it makes me feel normal.

“I’m finding my happy and I want my kids to know you are you, exactly as you are meant to be.”