A triplet who astounded medics when he and his sibling were born at just 27 weeks has been diagnosed with a brain tumour.

Parents Karen and Andy Stirrat struggled to conceive and were thrilled when their three children were born by IVF in 2016.

The ‘miracle’ triplets, Caleb, Poppy and Alyssia, were born at 27 weeks – the end of the second trimester of Karen’s pregnancy.

But the family, from Clydebank, West Dunbartonshire were given the heartbreaking news that Caleb is suffering from an aggressive and rare Stage 3 brain tumour.

The brave tot has had a large mass removed from his head and began six months of chemotherapy on Monday, at the Royal Children’s Hospital in Glasgow. 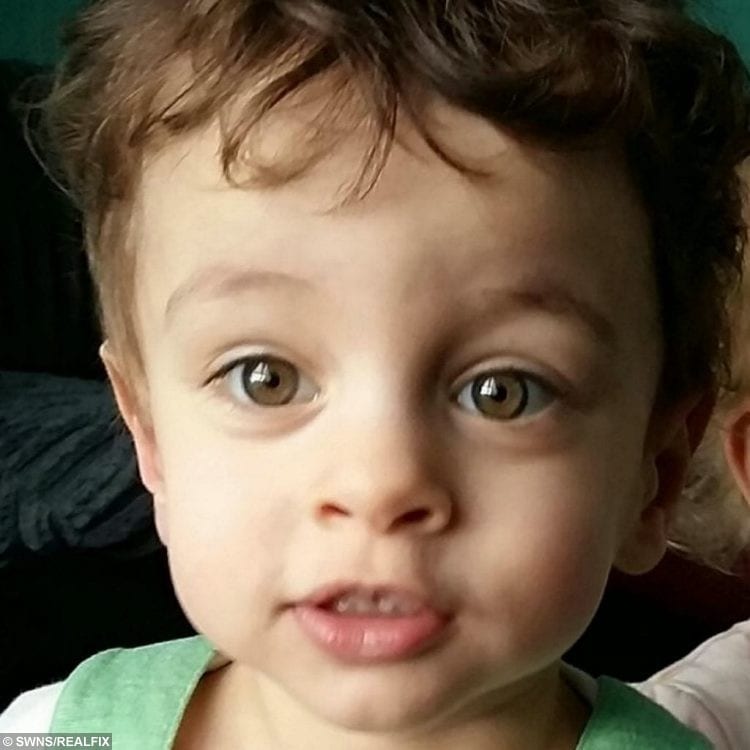 He suffered from headaches at the end of February and a CT scan discovered the large mass, prompting specialists to operate the Atypical Teratoid Rhabdoid Tumour (ATRT) on the same day.

“Caleb knows he is unwell and having to go to hospital for special medicine.

“The other kids know he is unwell and having to go back into hospital. They know he has a sore head and they have to be careful of him.

“All the children are picking up on the atmosphere and know something’s wrong despite us trying to remain positive and protect them.” 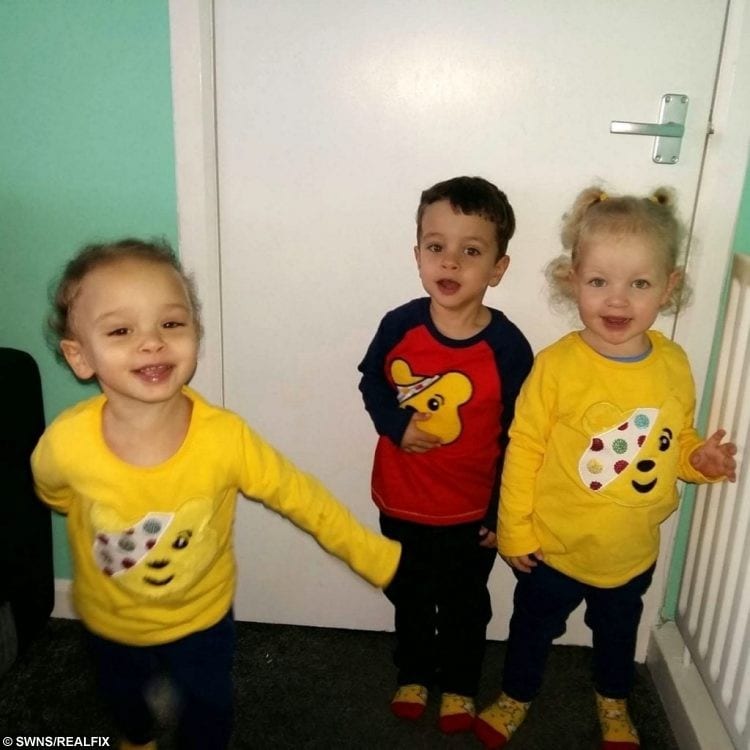 The triplets were much-longed for as Karen and her husband Andy, 41, spent four years trying to conceive.

But they later found out taxi driver Andy has a rare condition ­preventing him from having children.

At their wedding, Karen asked guests to help fund an attempt at IVF treatment, which was successful after a trip to a Cyprus fertility clinic.

After only one round of IVF, Alyssia, Caleb and Poppy were born in January 2016, weighing just 2.2lbs, 2.8lbs and 2.3lbs respectively.

On the same day that Caleb began chemo for the “very aggressive” cancer, his sister Poppy went into theatre to have her tonsils and adenoids removed.

Karen added: “The kids are upset and don’t understand why their brother is in hospital and not well.

“It’s hard trying to carry on as normal when you have two other children at home and managing money and bills when it’s last thing on your mind.

“We are staying positive and are so unbelievably grateful to everyone who has donated, shared or left well wishes for our Caleb.

“It really has been an overwhelming support, and reading all the messages has been very emotional but inspiring.”

A fundraising page has been set up so well-wishers can contribute to help the family while Caleb has treatment. 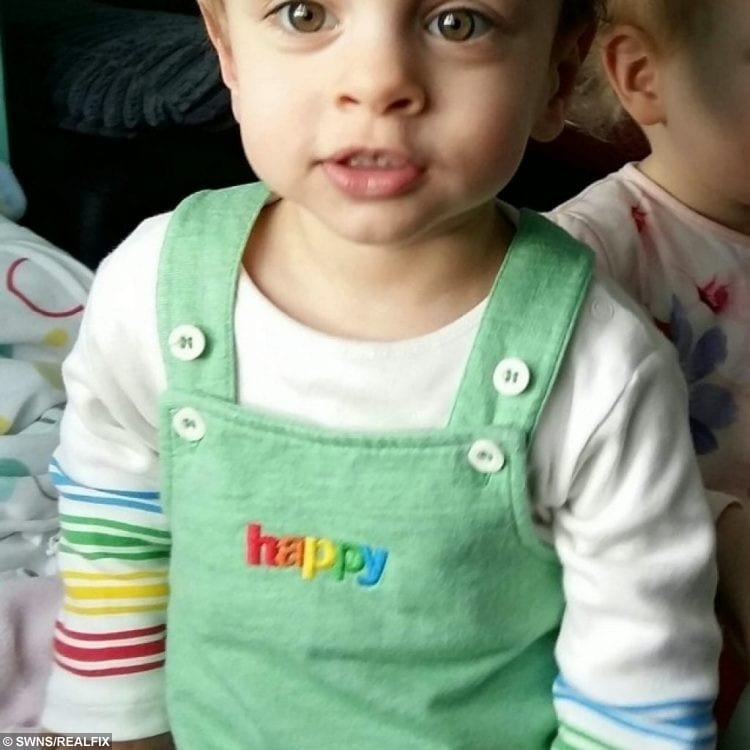 Karen’s aunt, Claire Smith, set up the fundraiser and said: “The doctors said the mass was very vascular and the headaches were from it bleeding.

“It’s so aggressive. If he hadn’t started getting symptoms, it would have been too late.

“I’m a registered nurse and still feel so helpless. It doesn’t feel real. We’re all completely blown away by how quickly the appeal has grown.

“The support and well wishes have been overwhelming.”