Two women who spent their lives looking online for their real dad were stunned when found each other on Facebook and discovered they were SISTERS.

Lisa Horner, 29, and Rebecca Parton, 21, had dedicated most of their adult lives searching for their father without knowing each other existed.

The pair spent years on the internet and social media in a desperate bid to track down David Martindale – but instead they found each other.

Lisa had not seen her dad , who would now be 49, since she was ten-years-old and began searching for him after her 18th birthday.

She left a message on a missing persons website in which she described David and urged people who may know him to get in touch.

The message contained his name, his date of birth and the names of his siblings but it wasn’t until last year that Lisa finally got a reply.

It came from a woman named Sue Parton who said the description of David sounded like the man her granddaughter was looking for.

Sue’s granddaughter was Rebecca, who had never known her dad and also began looking for him after her mum Andrea passed away of cancer aged 37.

Lisa said she was unable to reply to the message on the website and so decided that she would look for Rebecca on Facebook.

After finding and adding her as friend, the pair got chatting and realised they shared the same father and were in fact step-sisters.

And two weeks ago (17/9) they met each other for the first time after Lisa travelled up to see Rebecca in her home town of Doncaster, South Yorks. 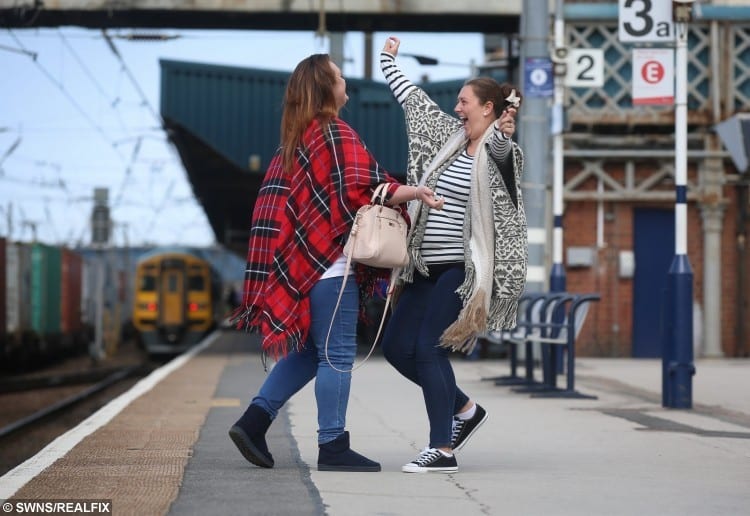 Mum-of-four Lisa, from Nottingham, said: “It’s a miracle. I’m made up – I can’t believe I found my sister on Facebook.

“I had almost given up hope on the missing persons website but when Sue got in touch I could not believe it.

“I was gutted when I couldn’t reply but I began searching for Rebecca as everybody is on Facebook these days.

“And lo and behold there she was on Facebook, I couldn’t believe it.

“I added Rebecca as a friend and I found out she was looking for my dad too and we realised that she could be my sister.”

Lisa and Rebecca got to know each other over the next few months as they messaged on and off. During the time they spoke about taking a DNA test to make it official.

Lisa had been pregnant with her fourth child making it very difficult to arrange a meet-up.

But after her grandmother Ann passed away in April this year she decided it was time to find out if she and Rebecca were blood-related.

She added: “I said to Rebecca: ‘Listen we need to do a DNA test.’ And she agreed with me.”

They both sent off samples to DNA testers AlphaBiolabs on June 30 and were told they had to wait over the weekend for the results.

Lisa, who works as a carer, said: “It was honestly the longest weekend of my life.”

But the results came back via email which confirmed that they were in fact half sisters.

“I thought then we had to meet up – I just wanted to give my new sister a big hug.”

The pair met up for the first time at Doncaster Train Station, and spent the day together.

Rebecca said: “”I was very nervous, so much so that I felt sick.

“I was sat at the station for a while but what I didn’t realise was I was sat next to Lisa’s mum.

“It was really exciting though and so great to find I have more family.

“We had a lovely day. We went for a walk around Doncaster and had something to eat and just chatted.”

Rebecca says she and Lisa now talk “all the time” and hopes to visit her in Nottingham for the first birthday of her newly-discovered nephew this month. 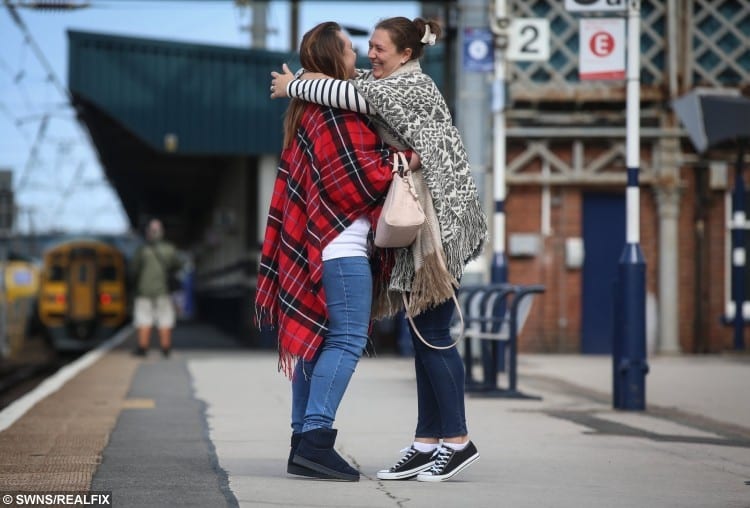 Rebecca, who is a sales assistant at Clintons Cards, added: “I’ll hopefully see them all at Christmas too.

“I always thought I was an only child so to find I have a sister is absolutely amazing. I’m still having to pinch myself, it doesn’t seem real.

“We really get on, and I can see certain personality traits of myself in her. It’s fantastic to discover a sister I didn’t know about.”

The sisters are still searching for their dad and have been in contact with his family but nobody knows his whereabouts.

David had been with Lisa’s mum Sharon Lincoln, 47, for about three years and Lisa said she only remembers him being around every now and then.

Lisa added: “My gran used to say that he’d pop out for a pint of milk and not come back for two weeks.

“He’s missing out on his grandchildren growing up and this whole new family.

“But I am just so happy I got to find the sister I never knew existed.”