The ‘vulnerable woman’ who was the victim of a shocking attack by teenagers as she sat on a park bench today (mon) broke her silence.

The 49-year-old woman – who asked not to be named – was left distressed after having flour and eggs poured over her by the youths.

She was further humiliated when four teenagers mocked her by posing for a photo as she cowered in front of them covered head to toe in flour.

The shocking image has been widely distributed on social media including Facebook. 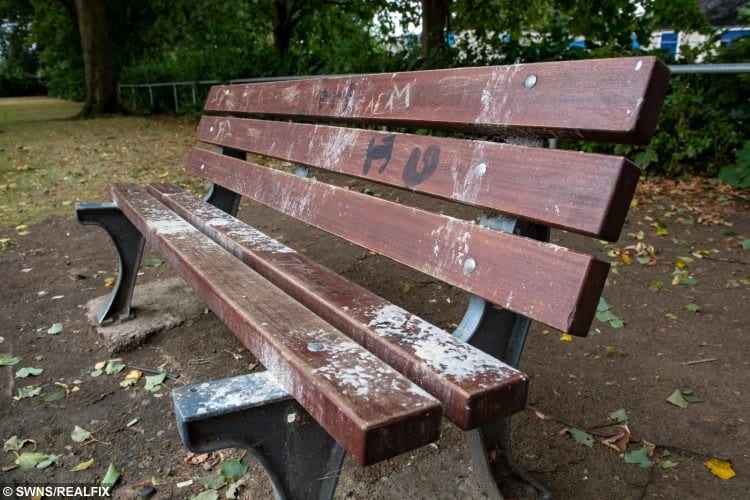 Today the woman, who lives close to the scene of the attack in Bury St Edmunds, Suffolk, condemned the teenagers.

However she said she was worried about heightening tensions on the 1960s Howard estate where she lives and where many tenants live in fear of local teenagers.

Standing outside her terraced house, she said: “I don’t consider it acceptable but I don’t particularly want to escalate the current tension in the area.

“I’ve got to be careful with how I deal with things obviously.”

She added: “People have rallied round me.”

The woman, who has short dark hair, said she was giving a statement to police this afternoon (mon). 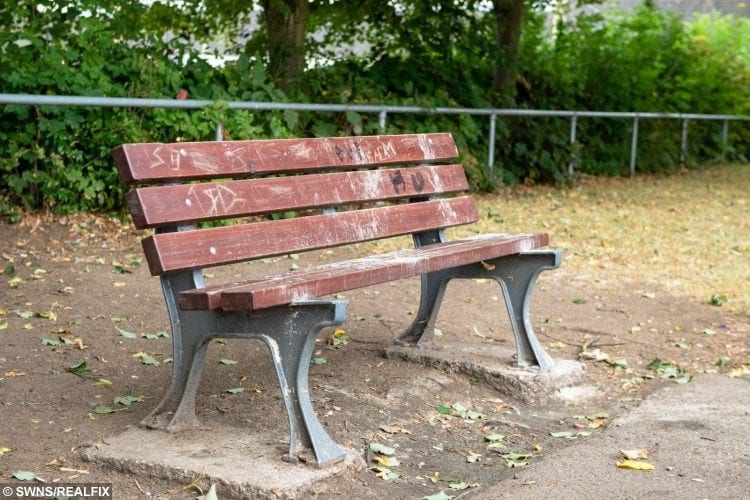 She added: “I’ve written out what I want to say.

“I’ll know more when I’ve given a statement to them.”

Asked to confirm if she was the victim of the attack, she said: “I’m the woman with the flour who was on Facebook.”

According to police, she was left severely distressed but not physically injured during the assault.

Police have described the woman as ‘vulnerable’ but have declined to provide more details. 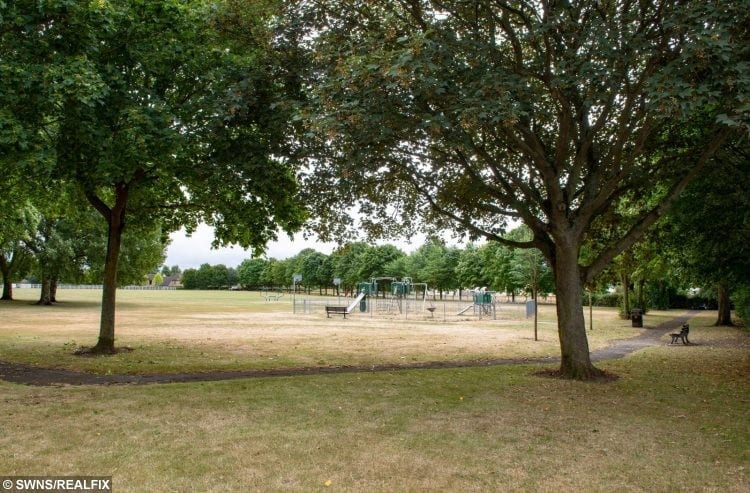 Four teenagers, two aged 17 and two aged 15, have been arrested over the incident and released on bail pending further enquiries.

Today local town councillor Paul Hopfensperger, who represents the ward the estate is in, said; “I was absolutely sickened by what I saw.

“It’s just a small group of lads who seem intent on causing trouble all the time.

“This lady I understand is a vulnerable person and for them to do that to her I was shocked and saddened.”

He added;”It’s a lovely estate with lots of good people but there’s a small group of people causing trouble with anti social behaviour and drugs.

“The lack of community policing at the moment is a problem.”

Fellow ward councillor Thomas Murray; “I think this is disgusting.

“If we still had stocks in Bury St Edmunds I would like to see them put in them and pelted with eggs.”

At weekend there were mounting fears of a vigilante backlash after the four arrested teenagers were ‘named and shamed’ on social media’ and the photo of the alleged attack was distributed.

Social media star Robin Armstrong posted the image to his 750,000 followers with a lengthy video rant in which he says he wants to “lead the way” in finding the youths.

He said: “You little f***ing nothings have been over to an old woman with disabilities, poured water all over her head and then poured flour all over and stopped for a photograph.

“That photographs says a thousand things – I don’t even have to say any words.

“You scummy little w******. You deserve to have your heads ripped off your shoulders.

“You’re going to be chased out of your city – hunted down.

“Your mums and dads lives are f****** wrecked because of you.

“Or the ones on the front of your tombstone because you deserve to be stoved in.

“Share this video and we will find these fuckers.

Another man said on Twitter: “These five sick f***** live in Bury St Edmunds and think it’s funny to pour water over a old disabled woman’s head then cover her in flour let’s make these fuckers Twitter stars #scum [sic]”

A man wrongly threatened on Facebook who cannot be named for legal reasons said: “There’s a photo doing the rounds at moment of a group of young boys harassing an elderly woman in Bury.

“They’ve been named and shamed and one of them happens to also be called XXXX XXXXX.

“I would just like to clarify I’m not that XXXX XXXXX and THAT’S NOT ME IN THE PHOTO.

“I’m much older than the boys in the photo and now that’s cleared up, I would appreciate it if people stopped messaging me/threatening me about this.”

The assault happened at around 5.30pm on Friday, July 27 in St Olaves Road, Bury St Edmunds.