A little boy was left devastated after showing up at school for a class trip to the beach with his bucket and spade only to be told he was banned – because he has autism.

Laura Simpson claims said her seven-year-old son Sean, who has ADHD, was told the day before the trip to the seaside, he could not go because he needs special supervision.

Sean was so excited for the trip that he even arranged his outfit for the day and prepared his bucket and spade.

But the little boy was left in floods of tears after being told that he couldn’t join his classmates at Leesons Primary School from going to the Broadstairs beach in Kent, last week during the heatwave.

Laura has since blasted the school, in Orpington, Kent, who have claimed “safeguarding procedures” prevented Sean from going on the trip.

The mum, from Bromley, said: “It is very hurtful to tell the child so close to thinking he can go on the trip that he can no longer go as he chose to have a disability when he was born.”

“They should have done a risk assessment and it would have flagged up that he needed extra help.

“He had his bucket and spade, he had chosen his outfit. I said to the school I would come along and I would supervise him but they have said no.

“You can’t just say the day before, you can’t come with us because you’re autistic.

“He is devastated, he just clearly wasn’t welcome on the trip.”

The mother of a young boy banned from a school trip to the beach because of his autism has slammed his school for ‘singling him out’.

Laura Simpson, 31, claims her seven-year-old son Sean, who has ADHD, was left out of the trip to Broadstairs, Kent, despite being well-behaved in the classroom.

Laura, from Orpington, says she was not told until the end of the school day on Monday that Sean was not welcome on the trip, less than 24 before they were set to head off.

The year two kid was one of just two pupils in his class at Leesons Primary School not to head to the seaside.

Laura said: “The trip was yesterday and we were told at home time the day before.

“They said the reason for not wanting to take him on the trip is because he’d been ‘defiant’ in school.

“What happened was he went to the toilet without asking and they didn’t know where he was, but how does that happen?

“They said it was a safety issue, and fair enough if they’re concerned about safety, that’s fine, so I told them I’d be very happy to come along and supervise him.

“I didn’t want to let him down and I was willing to do anything for him to go on the trip, he’d been talking about it with friends and he was really excited.

“I said I’d go on the coach and supervise him, and support any safety concerns, and I suggested that if there was no room on coach, I would drive behind and meet them there.

“But there’s just been a flat no, Sean is clearly just not welcome.

“This should have been thought about weeks ago when the risk assessment was done, but they’ve clearly not organised it properly.”

Laura says Sean is not badly behaved at school, and ‘barely says a word’ when he’s there.

She has worked closely with the school’s Special Educational Needs Co-Ordinator (SENCO) to manage Sean’s needs, and says they told her he was ‘really good in school’. 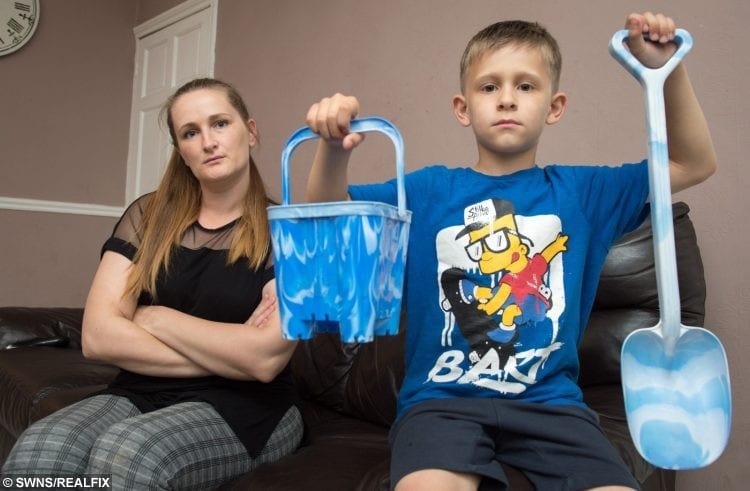 Laura added: “I’ve been speaking to the SENCO to make sure everything was okay for Sean in school.

“He struggles because he’s withdrawn, rather than badly behaved – he’s never really said a word at school and he’s in year two.

“He’s not a complete rascal where he’d be hard to deal with out and about, he’s been on offsite trips before so it’s very strange that they cancelled this time based on the toilet incident.

“The SENCO actually said to me recently that he was really good in school, they rarely see him for behavioural issues.

“The teachers overall are really nice, we really like them and the teaching assistant is lovely.

“She was utterly shocked when I told her Sean wasn’t going and why, she thought he was going to be in her group.

“I went to school on the morning of the trip to arrange a meeting but nothing has been organised I’m still trying to get them to arrange one.

“They asked if I wanted them to call him in and tell him why he couldn’t go, but I would rather tell him it’d been cancelled than single him out in that way.