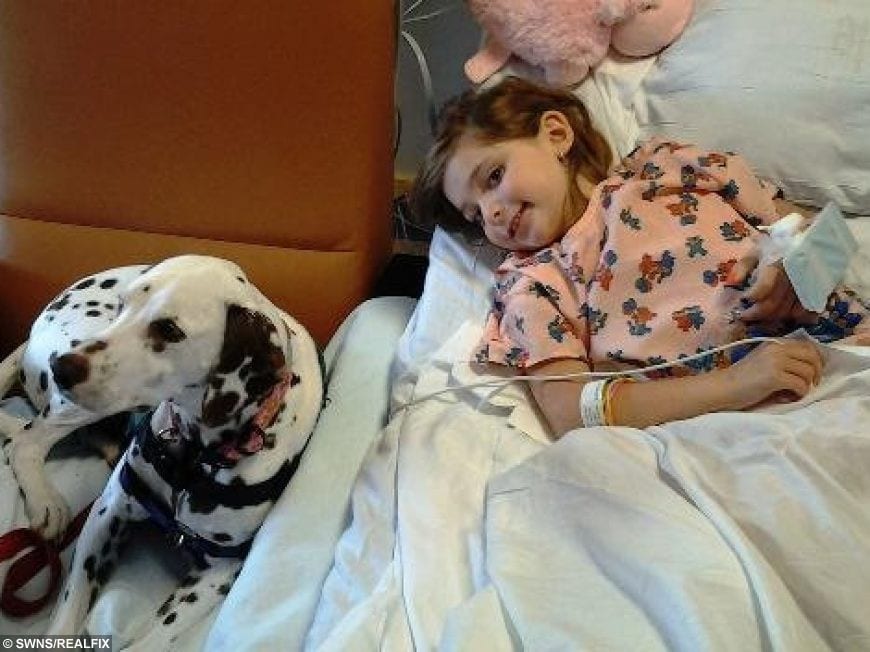 A little girl who lost both her feet after her dad accidentally ran over her with a lawnmower has defied the odds to keep doing her favorite thing – DANCE.

Emma McGraw, 11, ran into the garden while oblivious dad Joe, 46, was cutting the grass on a ride-on mower when he backed into her, cutting off both her feet.

The youngster, who was just five at the time, suffered profuse bleeding and was airlifted to hospital where she underwent emergency surgery. 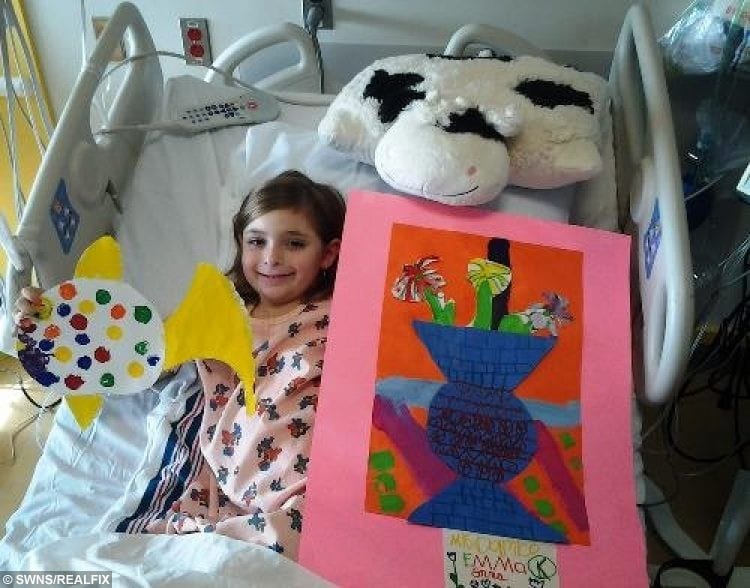 The determined schoolgirl had four surgeries during a month in hospital and spent six weeks in rehab after the trauma to relearn how to walk.

Now she’s such a natural with her prosthetics that she’s returned to doing the thing she enjoyed most before the accident – DANCING.

Talented Emma loved jazz, tap and ballet as a young child and practised every week but was left unable to dance at first as she adapted to her new limbs.

She whirls and waltzes when she performs onstage with the other girls in her class – and most of the spectators have no idea of what she’s been through.

Mom-of-two Jen McGraw, 44, of Forest Hill, Maryland said: “I thought she was never going to be able to dance again but Emma has always been a determined little kid.”

Brave Emma said: “When I’m dancing if I can’t point my foot or move it around I can shuffle my body to make it look like it’s being pointed instead of actually doing it.

“I try to do things in different ways. A lot of people think it is inspiring so I just try to keep doing it so I can inspire others.” 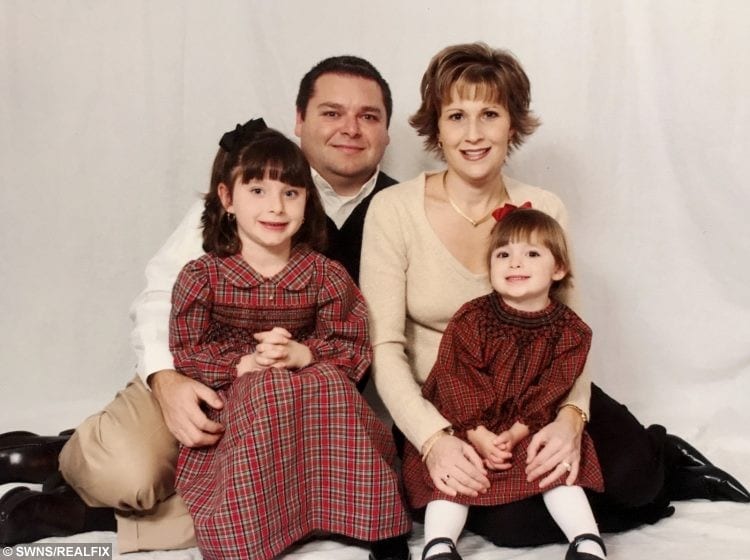 Emma McGraw with her family. 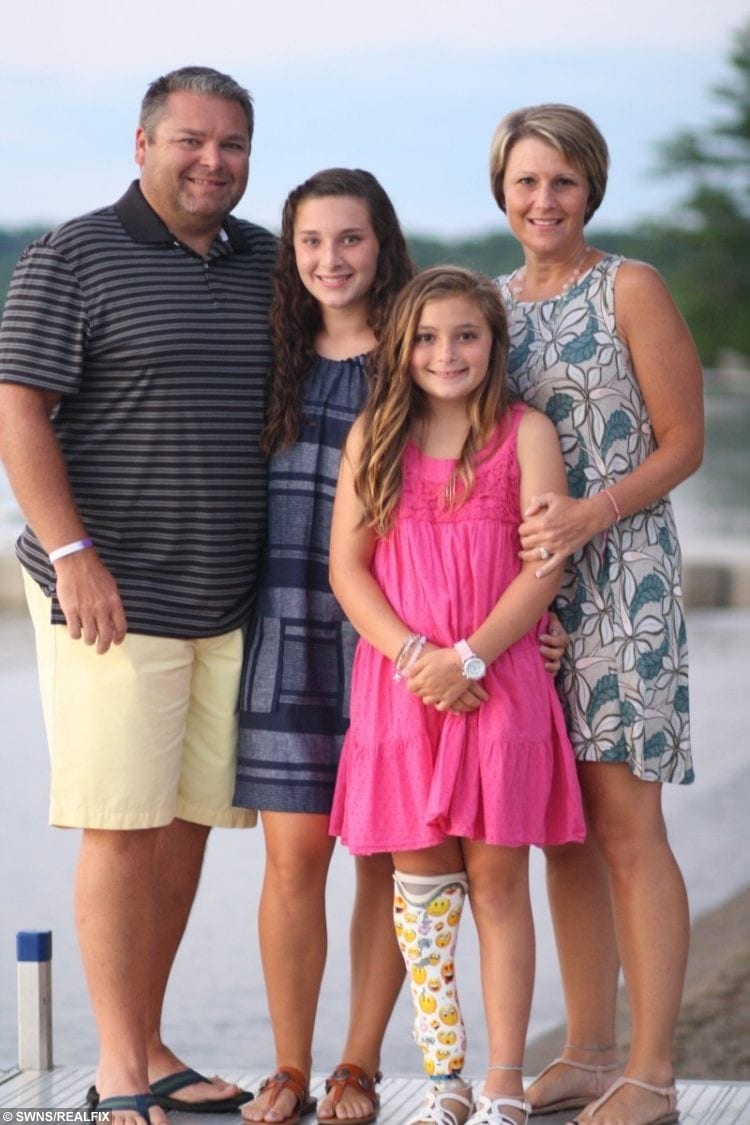 Emma’s battle began in May 2012 when she ran out of the kitchen and into the garden when her mom stepped out of the room for a moment.

Jen, a teacher, said: “One of the hardest things about it is that people typically assume she was riding on it or that we weren’t responsible, but that isn’t the case.

“I left the room for a minute – we were getting ready to leave to pick up my older daughter Molly from dance class.

“My husband was backing the lawnmower up as he was putting it away and she ran behind him. She fell over and he went over her.

“He had assumed she was in the house with me. He felt something and stopped and pulled forward and realized it was Emma. 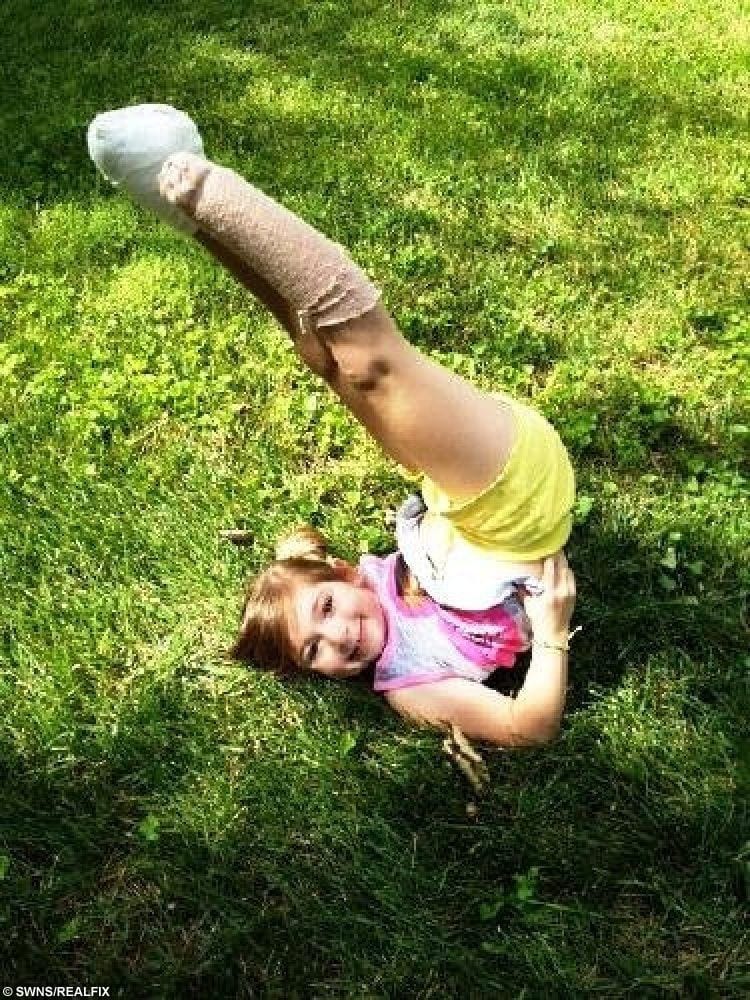 “I was just completely in shock. My husband called my name and I thought, ‘Oh, maybe she skimmed her knee.’ The whole thing was a nightmare.

“A paramedic who lives near us came right away and we had wrapped her up to try and stop the bleeding.

“Emma was awake the entire time talking. She said, ‘I don’t want to go to the hospital, just put some water on it.'”

Emma was airlifted to John Hopkins in Baltimore, Marlyand where she underwent surgery with anxious Jen and dad Joe, a contractor, by her side.

Doctors tried to reattach the part of Emma’s left foot that her parents had retrieved but her body rejected it and it had to be removed again.

In 2012 Emma started attending camps held by the No Limits Foundation for children with limb loss which have helped build her confidence. 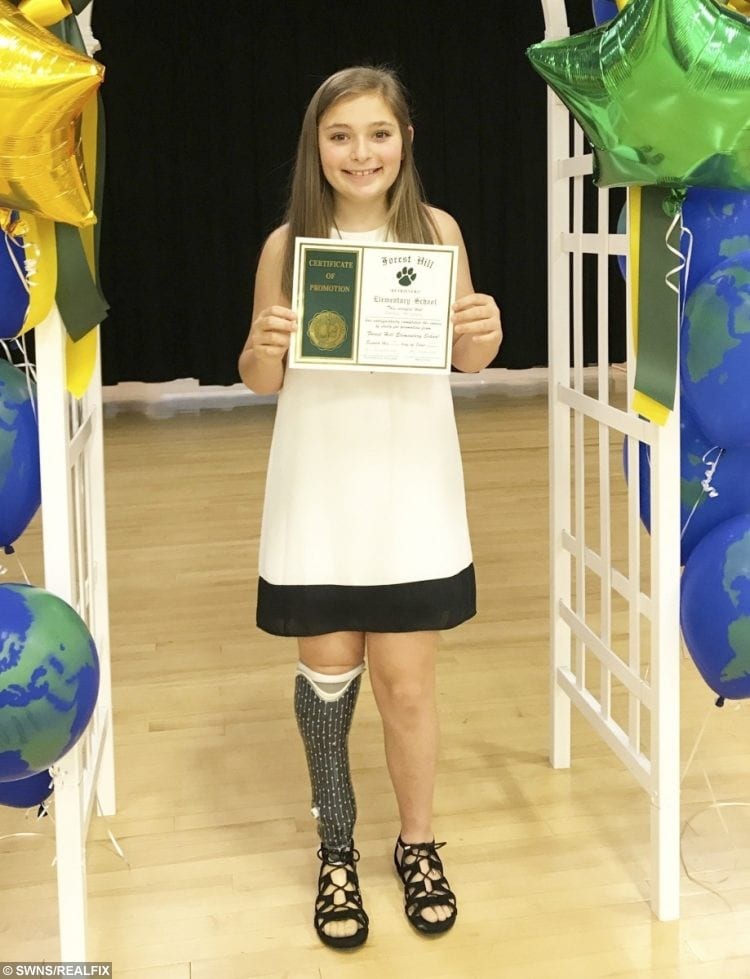 Emma even went to Washington DC to back a campaign calling for assurance that prosthetic limbs are covered by medical insurance.

Mom Jen said she continues to do everything she did before – including dancing.

Jen said: “Her prosthetic isn’t the type of foot that can pivot so sometimes for some of the dance moves they have to do she figures out another way to do it.

“When I see her up on the stage I’m just so proud of her. She doesn’t let anything get in her way.

“If she wants to do something she figures out a way to do it, even it’s not the same way she would have done it before the accident.”

To donate to the No Limits Foundation visit: https://nolimitsfoundation.org/