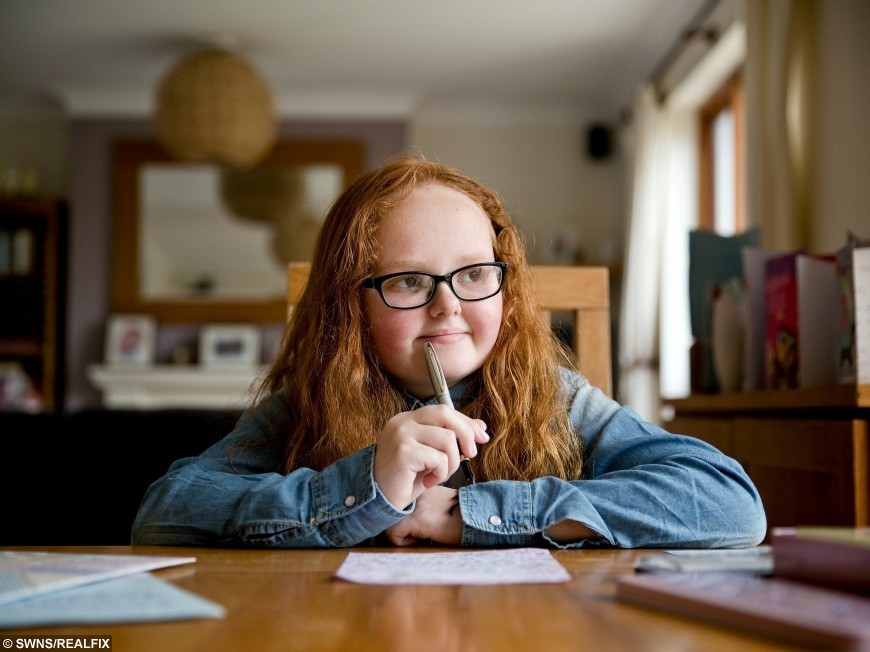 A big-hearted girl who battled leukaemia twice has started her own letter-writing service to support other ill children – all round the world.

Kind Leanna Williams, 12, has penned hand written notes to more than 80 kids since she began in January.

The brave schoolgirl was inspired to start her project after being in hospital with cancer and knowing how hard it was.

Leanna, from Helston in Cornwall, said: “I know how exciting it is to get a hand-written letter in the post.

“I’ve been in hospital myself and I just thought – because I would have liked it – that other children who are in hospital or not having a great time in life could get a hand-written letter as well.

“I write to them and I say they are really amazing and never to give up. I tell them to keep going and stay strong.

“I just want them to feel really happy. If I can just bring a smile to their faces and bring happiness, it’s really worth it.”

Leanna calls them ‘daisy letters’ as a reminder of her identical twin sister Anastazie, who sadly passed away. 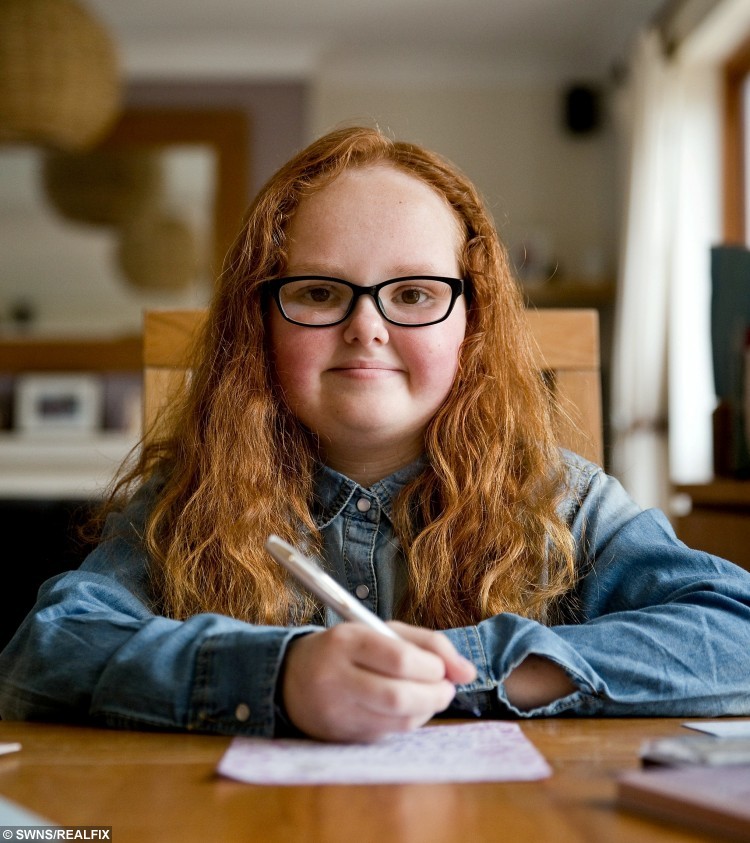 She said: “Daisies are beautiful, simple flowers that bring joy to many people so this is why I have chosen the name Daisy Letters.”

Leanna has twice overcome leukaemia and its associated complications and said she was happy to write to any child or young person who may be in hospital or simply having a bad time.

She added: “It could be people struggling at home or in school – any child or young person who is struggling for whatever reason.

“I use a fountain pen and I try and make the letters personal and different.

“I’ve got four more letters still to do tonight. I don’t like to keep people waiting.”

Her project is backed by her parents David, who runs a charity in Helston, and Aimee, a school counsellor.

Mrs Williams said: “We’re really proud of everything Leanna has done and we support her fully.

“It’s all her idea and she just wants to bring a little happiness to a child or young person who is finding life tough.”

She said Leanna was grateful for the donations she has received towards stamps and paper and said her daughter doesn’t expect a reply.

“We have received a few messages from people. There is one that stands out, from the mother of a teenage girl who said she carries the letter around wherever she goes, and gets it out to read when things are difficult.”

Leanna has also helped to raise hundreds of thousands of pounds for children’s cancer charity Clic Sargent when she featured in a number of its promotional films.

« Previous post Dog left with horrific burns after brushing against plant
Next article » Find out the secret to how this lady reached the ripe of age of 109!