Cerebral palsy sufferer Ariella Byrne, 14, from the Wirral, Merseyside, has landed her first modeling job in a Co-Op advert. The mum of a cerebral palsy sufferer tells how her daughter has defied the odds - by becoming a model. See National story NNMODEL; Susan Byrne, 50, from The Wirral, Merseyside, says that 14-year-old Ariellas disability wont get the better of her- and she looks just like Cara Delevingne. With long legs and glossy blonde locks, Ariella has a bright future ahead of her despite doctors telling her that she would never walk. But last month, Ariella landed her first gig in a Co-Op advert, launched a week ago, and one day dreams of being a catwalk model. Susan Byrne, a retail worker, says: Ariella is beautiful. Without makeup she looks just like Cara Delevingne. She is so thin and she really does look like a model.

A girl who was told she would never walk has confounded medical opinion by becoming a successful model, aged 14.

Ariella Byrne’s family say the cerebral palsy sufferer has defied the odds to star in a TV advert – and now wants to stroll down the catwalk.

Proud mum Susan Byrne, 50, said Ariella’s disability won’t get the better of her- and she looks just like Cara Delevingne.

Leggy blonde Ariella, from The Wirral, Merseyside, has a bright future ahead of her despite doctors telling her that she would never walk.

But last month, Ariella landed her first gig in a Co-Op advert, launched a week ago, and one day dreams of being a catwalk model.

“She is so thin and she really does look like a model.”

Ariella was born two weeks’ premature in 2003 but it wasn’t until she was eight months old that doctors suspected there was something wrong with the baby.

Susan said: “We noticed she wasn’t sitting right so the GP decided to check her hips.

“At 18 months old a neurosurgeon told us that she had cerebral palsy.

“We were told that Ariella wouldn’t walk – she’d need a zimmer frame.”

Medics also warned Susan that Ariella might never speak so the mum learned special sign language Makaton to communicate with her only daughter, but the brave little girl began talking aged four.

Susan decided to fly her daughter to the States for selective dorsal rhizotomy – an operation where surgeons cut nerves in the spinal chord to release the tightness in cerebral palsy sufferers’ leg muscles.

As the NHS refused to fund the treatment, Susan raised the £60,000 from the local community to pay for the operation in just six months.

Susan said: “We saw an instant result. The day after she was sitting better, her legs were like normal and her feet were flat on the floor – before Ariella was always on her tiptoes.

“She’s got model-like legs, but the balance is proving difficult to come.

“Currently she’s walking with just a walking stick – and a wheelchair at school for convenience.

“But she has already defied so many expectations – and now, with a little balance training, we reckon one day she’ll be walking down the catwalk.”

Ariella, who is in year nine, said she wants to see more models like herself in magazines and advertising campaigns.

She said: “I’ve never opened a magazine and seen someone like myself; that’s why I want to be model.

“I want people to know what it’s like to have a disability.

“Until I get my balance, I’ll walk down the runway with my walking stick.

“I’m not going to let cerebral palsy stand in the way of my career.

“My favourite model is Gigi but I want to be like Cara because of her sense of fun and her personality. She’s not only a model, she’s also an actress.” 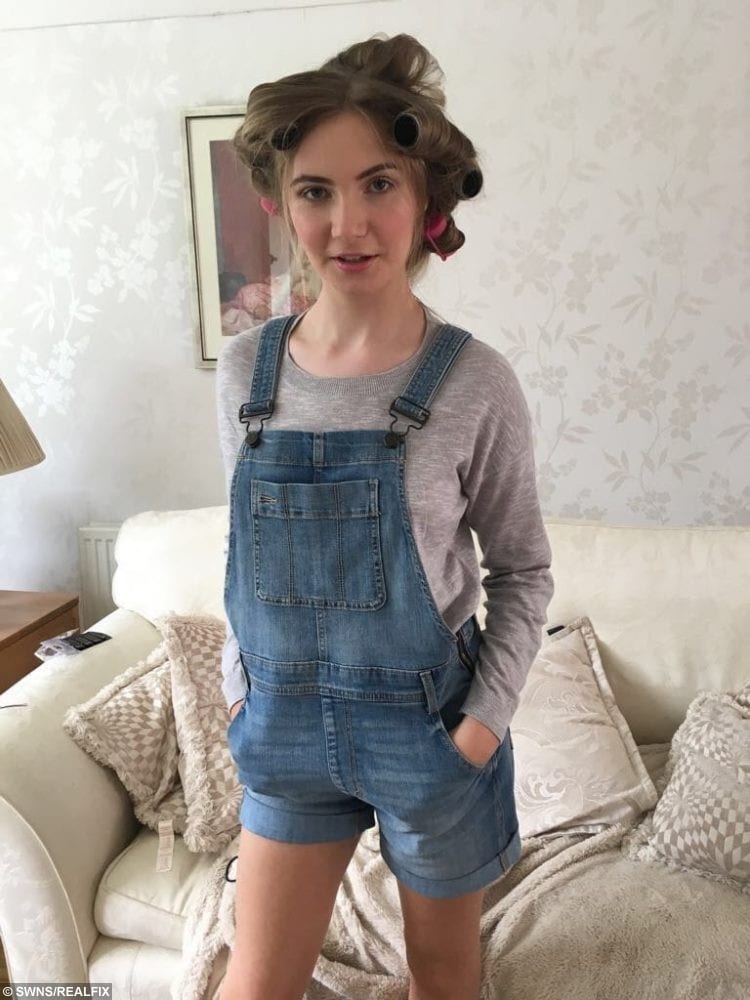 The determined schoolgirl sent a letter along with a couple of snapshots to Visable Models agency in April and a month later they asked her to pose makeup-free for a snapshot, that helped her land an advert for Co-Op.

In the ad, Ariella can be seen sitting in class in her uniform, scribbling away at an exam.

Susan added: “She was in her element, so calm and collected.

“The agency just contacted me with more bookings.

“Ariella would love to do anything.

“It’s a joy to see her working and we hope to get her on the catwalk in no time.”