A 22-year-old has chronicled her cancer battle in a light-hearted blog revealing how she regained confidence after losing her hair – by wearing GLITTER TURBANS.

Ashleigh Rimmer has inspired hundreds of other cancer patients with a series of raw blog posts charting her journey while coping with the Non-Hodgkin lymphoma.

The latest post details the amazing news that she is now in remission which doctors confirmed on Thursday last week (28 Feb).

It comes seven months after Ashleigh was diagnosed with blood cancer on July 20 last year while studying to become a trainee nurse associate.

Medics at first thought she was suffering from asthma but the harrowing truth was discovered when her “cough-like” symptoms persisted.

The first question Ashleigh, from Colne, Lancs., asked after receiving her diagnosis was: “Will I lose my hair?”

She decided to shave her head in August after experiencing hair loss during her first cycle of chemotherapy treatment and described it as her way of “taking back control”.

Ashleigh then created a blog titled My Biggest Fight Yet (AMR) and in it revealed the heartbreak she suffered after losing her blonde locks.

It also details how she purchased nine glitter turbans from eBay for £3.75 each so that people don’t instantly think ‘oh, she has cancer’. 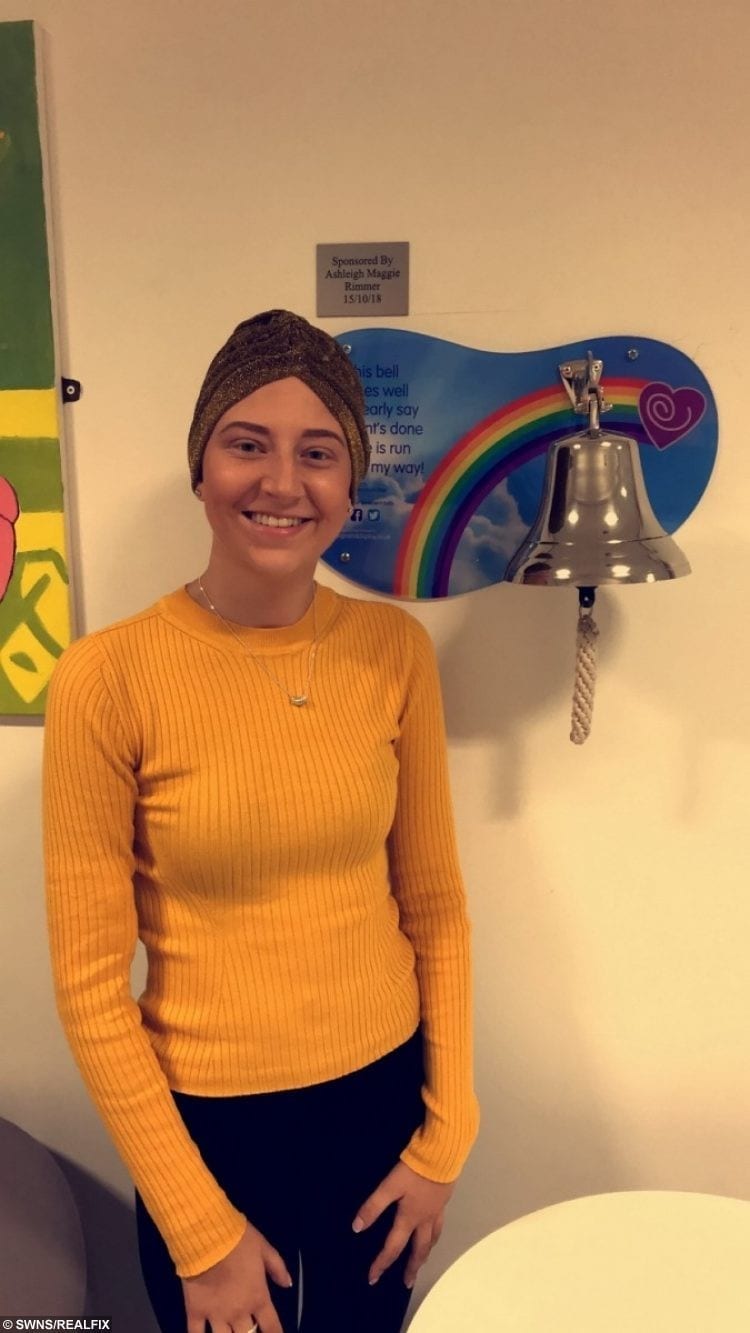 Ashleigh said: “It was at this moment I felt I got my control back.

“It used to bother me at first, people looking at me, but I’ve got used to it. If somebody gives me a strange smile in the street I just smile back.

“If somebody comes to the house I just whip off my hat so they can see my bald head and then it won’t shock them again.

“I bought the glitter turbans because I wanted to jazz it up.

“When you wear one of them people don’t instantly think ‘she has cancer’. It’s a stylish look.” 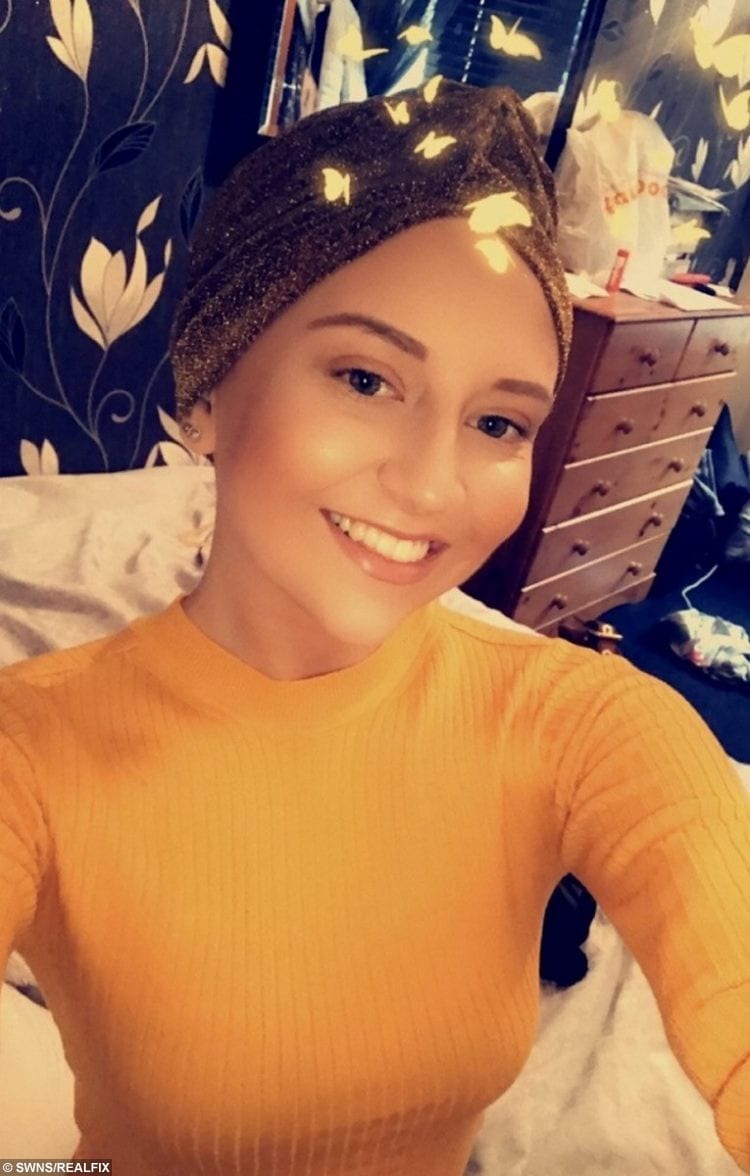 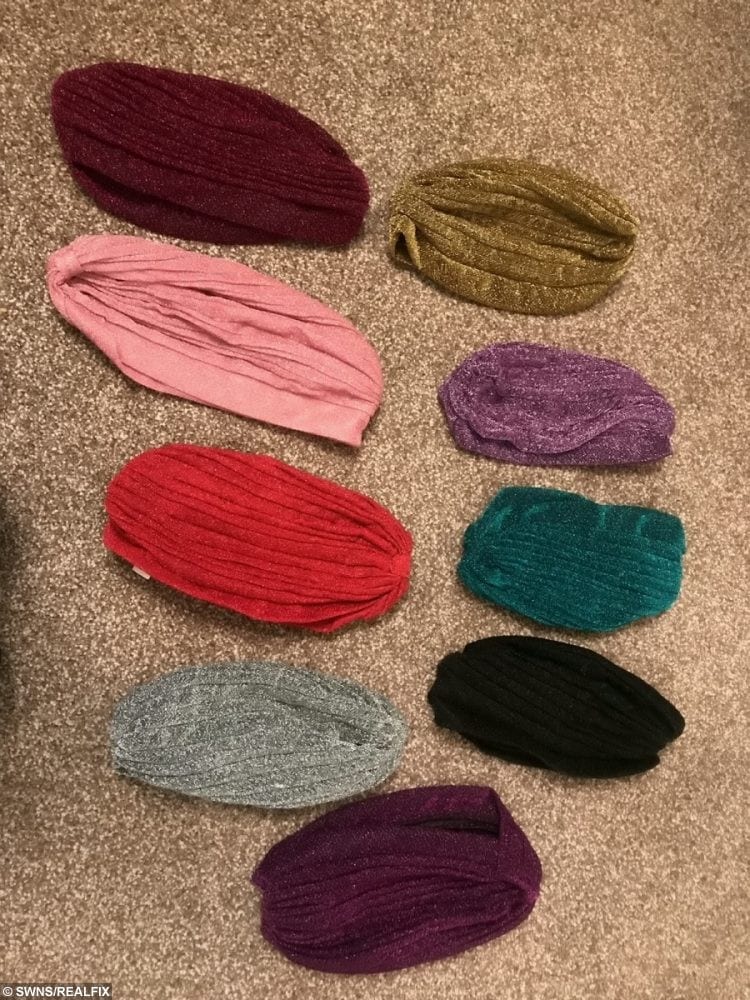 The blog has always been brimming with uplifting warmth and light-hearted humour and charts the ups and downs of the disease which “brought her whole world crashing down around her”.

She said: “I’m not sure why I started it really.

“It is scary but you’ve got to try to see the funny side of things. If people came round and were crying all the time that wouldn’t help.

“I don’t want sympathy smiles, I want people to smile and laugh – I am now living by the motto You Only Live Once.

“People from the ward read it as well. I was in there one day and a lad came over to me and said ‘you’re the girl from the AMR blog’. I felt like a celebrity. I thought people might start wanting autographs.”

Through it, Ashleigh has met fellow cancer patients all with their own stories to tell.

She is now a member of “Cancer Chicks” – a Facebook group where girls can share advice on how to make a terrifying ordeal all the more bearable.

More importantly for Ashleigh, whose boyfriend Connor Mills has been by her side throughout, it has helped her to raise awareness.

Ashleigh recalls the pain of being told she was battling cancer after what first started out as a cough.

Since that day in July, Ashleigh’s life has become a non-stop series of hospital appointments, scans and anxious waits. 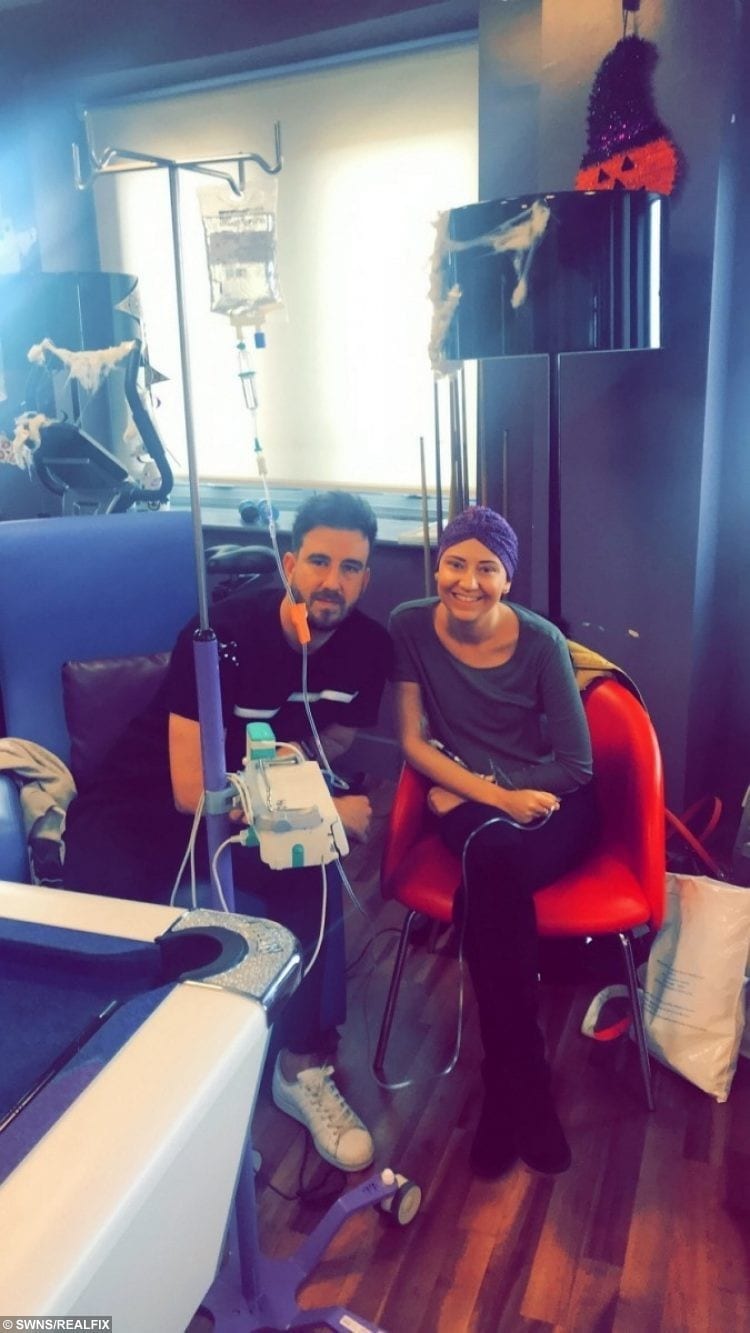 She said: “I went to the doctors a few times and they thought I had asthma at first. So they gave me an inhaler.

“Then when I started with the abnormal itching they thought it was hay fever. Really bad night sweats was another one of the symptoms.

“I finally had an x-ray and that’s when things started to get bad.

“They had been looking at me thinking, ‘you’re a fit and healthy 21-year-old, it’ll be nothing’. It wasn’t nothing though, it was a tumour.

“It doesn’t matter how old you are or how fit or healthy you are perceived to be; nobody knows your body better than you.