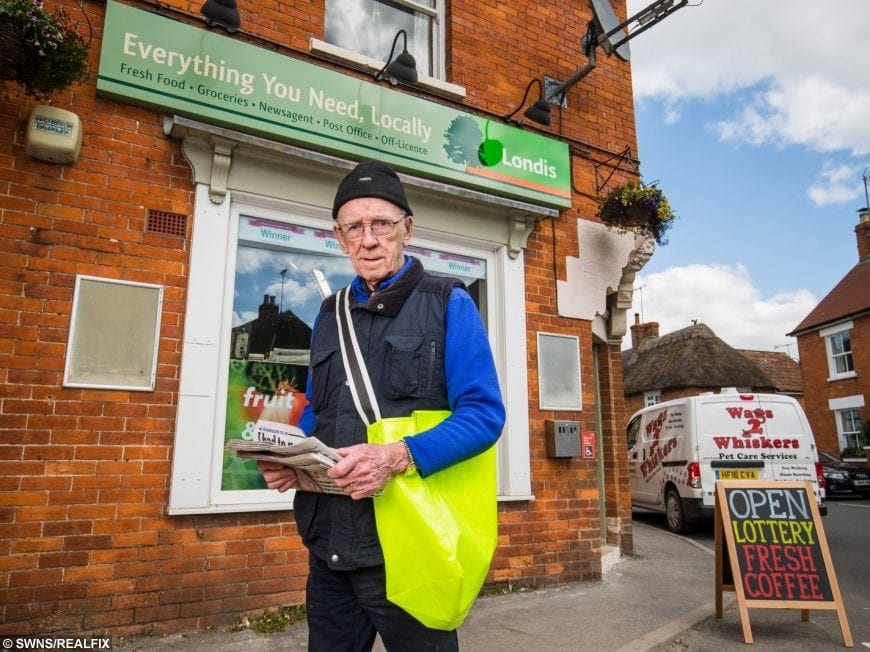 A 90-year-old is claiming to be the world’s oldest PAPERBOY – but says the job’s too tough for the newly-retired Prince Philip.

Bill Ogden has spent 26 years waking up at 4.30am to deliver fifty newspapers to around his local villages – 360 days a year.

He dishes out dailies to the people of Upavon and Enford in Pewsey, Wilts – before heading home to put the kettle on by 7am.

And the World War Two veteran, who turned 90 last month, says he has absolutely no plans to stop his round any time soon.

Bill, who does part of his shift in his car and the rest on foot. said: “I would like to think I am the world’s oldest paper boy.

”Every day I continue doing that the more likely it is going to be true,

“I don’t look at it like a job, it’s just something that I enjoy doing. Every so often someone will ask me whether I’m going to stop, but what would I do if I stopped?” 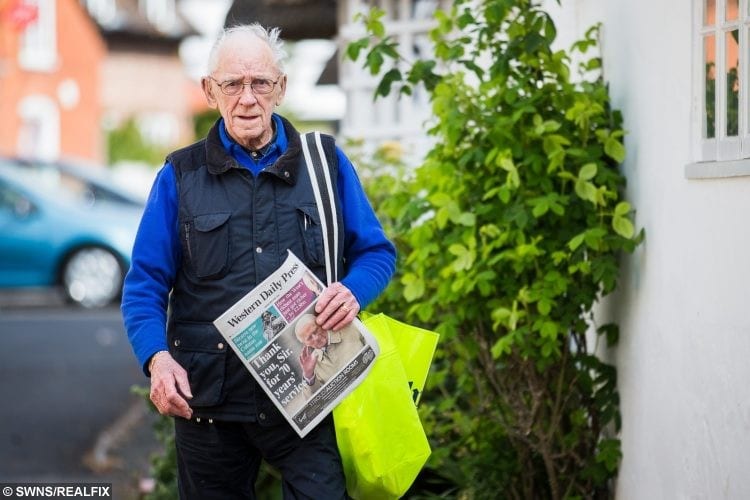 Bill Ogden, 90, who has been doing the paper round in Upavon village for the last 26 years

He says Prince Philip wouldn’t be able to manage the paper round now he’s retired.

Bill said: ”I don’t think he’d be all that happy having to get up at half four in the morning when it’s cold and pouring it down with rain.

”He lives a very different lifestyle – the hardest physical thing he has to do is get out of bed in the morning.”

Mr Ogden said he “stumbled” into the job when the former owner of the Upavon village store knocked on his door one morning almost 27 years ago.

“He used to come round on a Saturday collecting money for the papers, and my late wife Helen answered it.

“Next thing I know, she told me she’d got me a job as a paper boy, a good 50 years or so after I did it as a kid back in Chester.”

He added: “If you knew my wife you would be wise to do as she tells you so I took it on. So I have sort of come full circle.”

He said the job came just weeks after his retirement from the army, where he spent several decades working as a sergeant and doing driving jobs, as well as fighting in World War Two in Berlin.

By the time he reached his mid-60s, Mr Ogden says he felt he could do another job later on in life.

“I get the occasional day off now and again, and some years I have only had Christmas and Boxing Day off, but I see it as no trouble at all.”

“Waking up that early is something that you’re either going to like or hate, but it’s never created a problem for me – now I automatically get up at that time.

“I think it is a valuable job. A lot of the time I never actually see the people I deliver to as it is too early for them, but it’s also a nice way to get to know people.”

“I deliver all the daily papers and also weekly ones. I hope I can do this for a while yet certainly.” 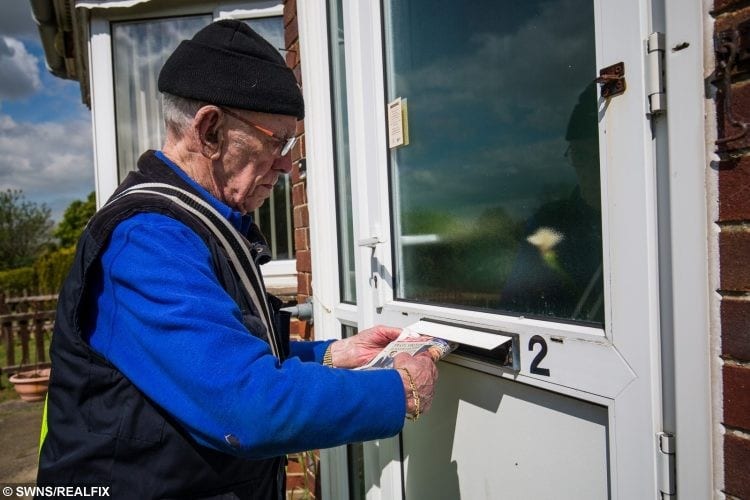 Mike Parr, owner of the Upavon village store since 2005, said: “I really feel he is an unsung hero.

”A lot of people would not get their papers without him and he does it with so little fuss.”

Bill joined the Merchant Navy aged 14, just ten days after he left school, travelling with them to Canada and Australia.

As soon he was able to join the army he enlisted in the Irish Guard, where he served for 24 years.

He has four grown-up children and six grandchildren who range from their teens to their mid-20s – they live in Southampton and he sees them most weekends.

Bill said: ”They’re so used to me doing this job now that they don’t really think about it.

”My grandchildren now their granddad does a paper round and I think as long as I’m living and breathing they’re quite happy with it.”