A plucky 91-year-old stroke survivor jumped on a conman’s back and ordered him out of her home after he tried to force his way inside.

Eva Gentzsch-Clark, who is just 5ft 1ins tall, sprung into action when the fraudster pushed her to the floor as he tried to gain access.

The man claimed to be from the water board and asked to read her meter, but she grew suspicious when he handed over a fake letter as ID.

He barged past her and began raiding her home but Eva jumped on top of him and forced him to flee empty-handed.

Eva, a former secretary who suffered a stroke in November last year, said: “He went into the bedroom and was looking through the chest of drawers, where I usually keep my handbag.

“I jumped at him and pushed him over. I then fell over but I kept hold of him until he pushed me off.

“We had a struggle and he rushed out saying he would come back the next day.

“I said something like ‘You do that’. It all happened so fast.

“I wasn’t hurt, but I was so worked up I could hardly breathe, my heart was beating so fast. It’s still with me now.”

Modest Eva said she was surprised by her own brave actions following the incident at her home in Clacton-on-Sea, Essex, on Saturday.

She said: “You don’t know what you will do in that situation until you are in it.

“The letter didn’t look right and I said the piece of paper didn’t mean anything.

“We had an argument about him coming in and I said ‘No’.

“But he gave the door a push and the door pushed me back and knocked me over. I fell into the radiator.”

Eva called her son-in-law, who has now installed CCTV cameras in the property. 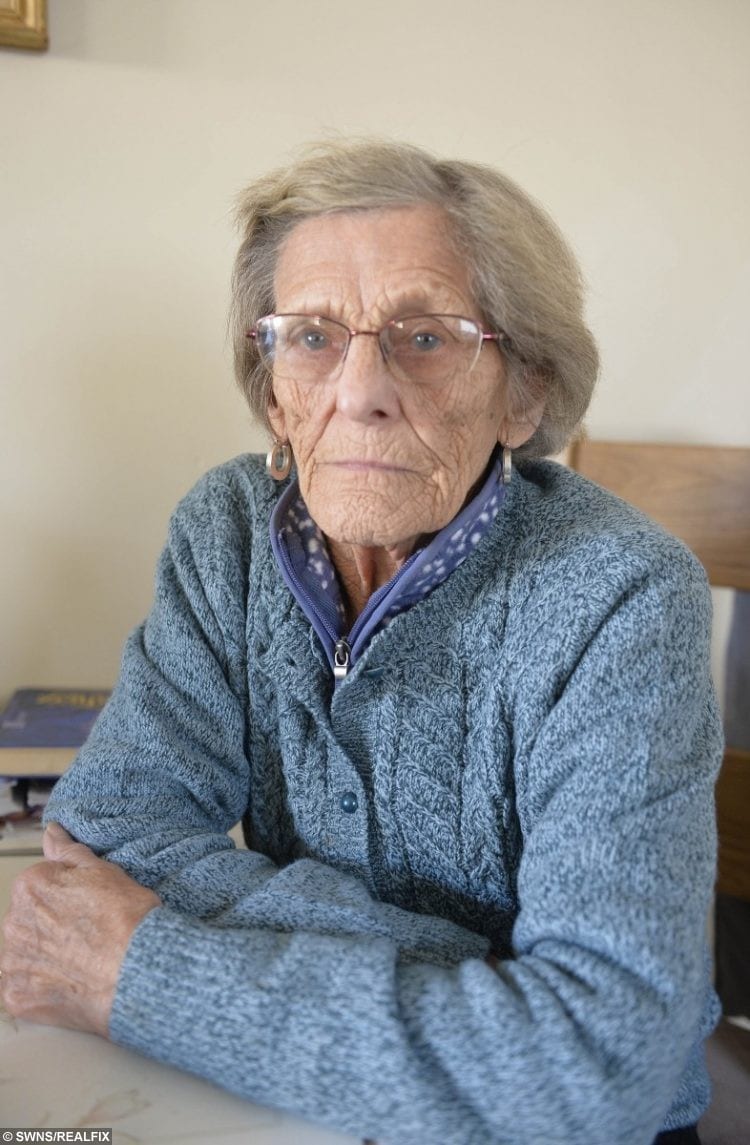 She said she was suspicious after being targeted by fraudsters four or five times in the past,including being conned out of £80 and having her passport stolen.

The raider is described as white, aged 40 to 50, and of medium build.

He wore a grey coat with dark grey shoulder panels and a hood.

Anyone with information about the incident, which happened should call police on 101.