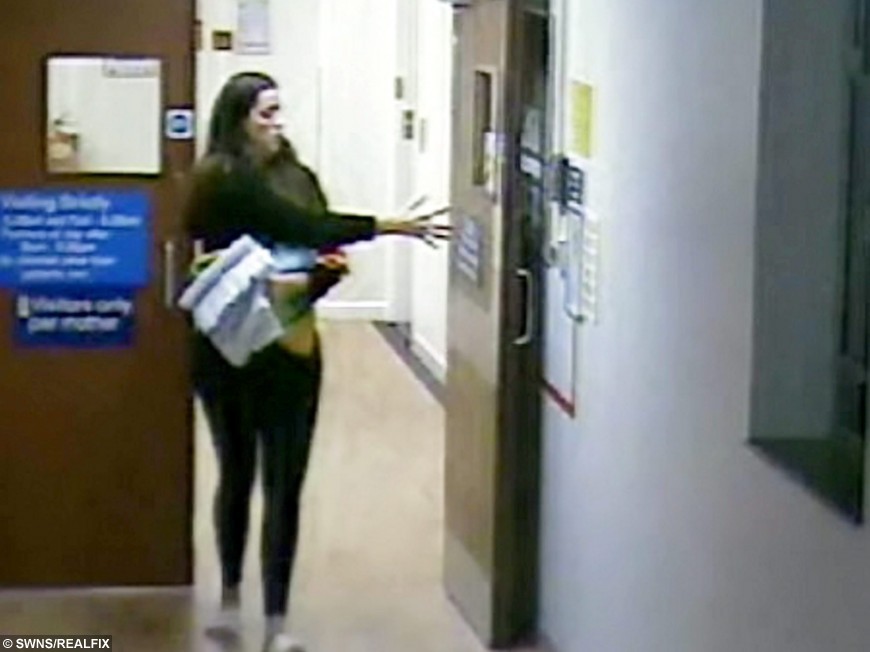 A coroner yesterday condemned the ‘chain of failures’ which led to a tormented mum walking out of a maternity ward and leaping to her death with her newborn daughter.

Troubled Charlotte Bevan, 30, had suffered for years with mental health problems, including schizophrenia, before having daughter Zaani Tiana Bevan-Malbrouck.

She confessed to health professionals she had stopped taking medication and community midwives warned therapists about her health, the inquest heard.

But health professionals failed to bond with the mum, notice she was having a relapse or call in a psychiatrist – despite Charlotte asking for specialist care. 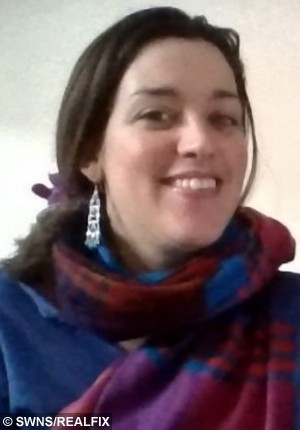 She left a maternity ward clutching the four-day-old tot in a blanket and by the time the alarm was raised she had leapt to their deaths from the side of a 300ft deep gorge.

On October 9, a coroner said the lack of plan for Charlotte was among a “chain of failures” which contributed to her death and her daughter’s.

Concluding the eight-day inquest, senior coroner Maria Voisin, said: “Charlotte had schizophrenia and was under the care of the mental health services.

“There was a failure by her care coordinator who was managing Charlotte from July 2014 to develop and therapeutic relationship with Charlotte during this high risk period and to involve a psychiatrist in her care and treatment.

“There was a failure to hold a multi disciplinary team meeting to develop a care plan for Charlotte at all, but especially when concerns were raised by the midwives during her pregnancy, and later when it was known that she had stopped taking her risperidone – a fact which was reported on November 14th 2014.

“In addition there was a failure to arrange a face to face meeting between a psychiatrist and Charlotte when she stopped her risperidone which was a missed opportunity in managing Charlotte’s care. 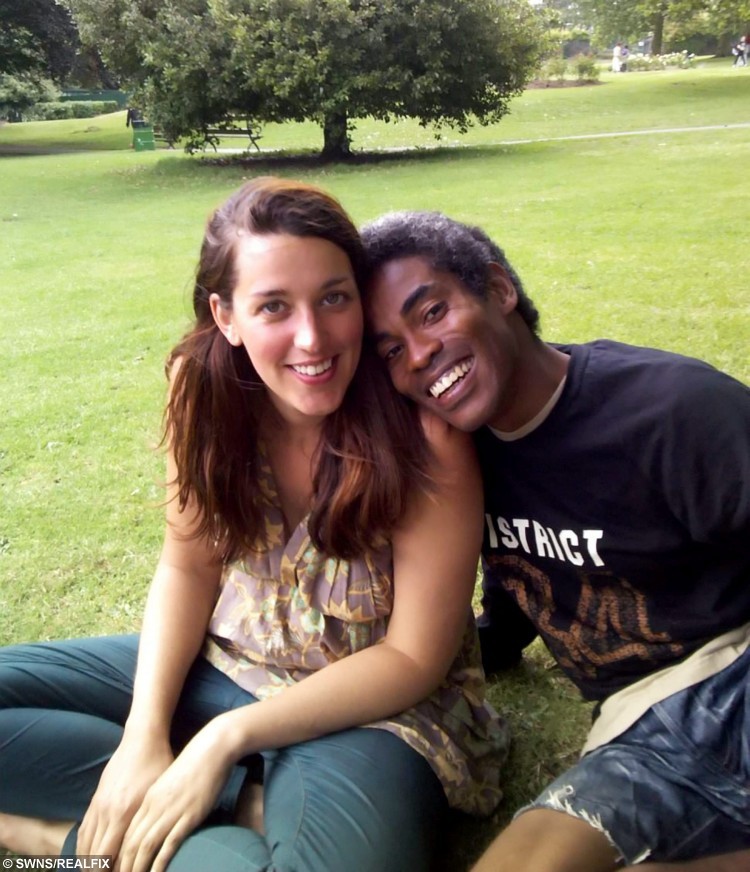 Charlotte with her partner Pascal 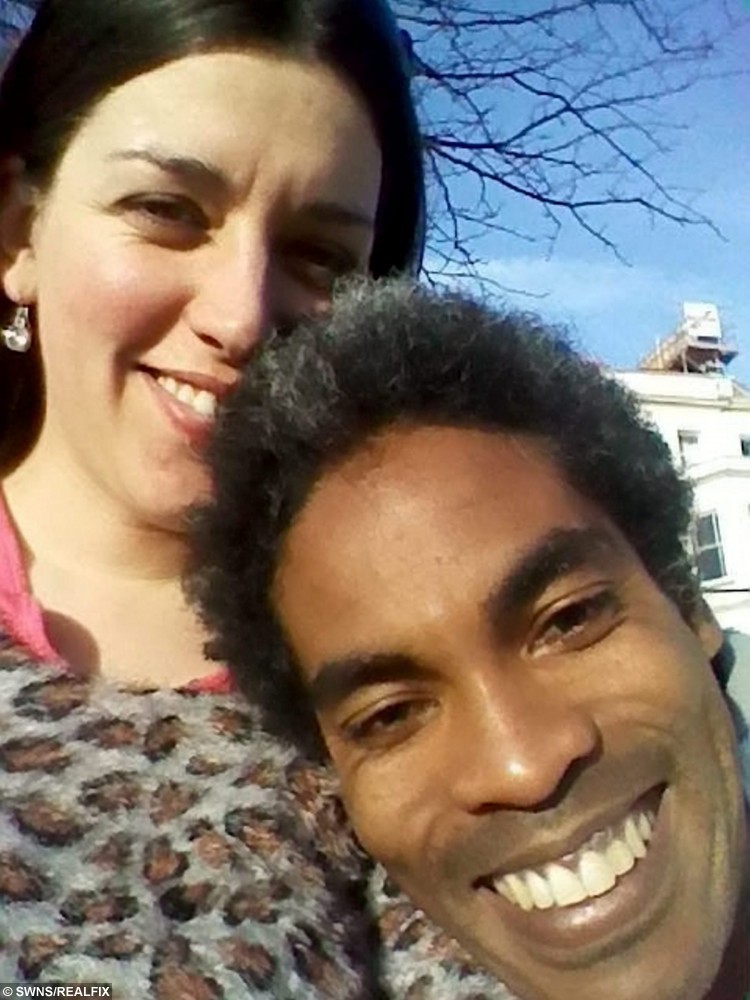 “Once Charlotte gave birth on November 28th 2014 her mental health began to deteriorate and she suffered a relapse which should have been diagnosed and managed appropriately by those responsible for her mental health.

“That failure was contributed to by the fact there was no plan.

“Charlotte was therefore very unwell when she left the hospital unnoticed with her daughter and went to the cliff top at the Avon Gorge on December 2 2014.

“Her intention was unclear, but she was found dead at the base of the cliff.

“That chain of failures contributed to Charlotte’s death.” 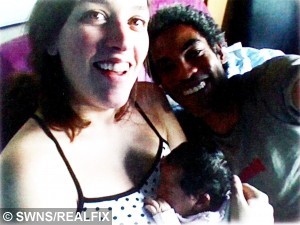 The couple with baby Zaani Tiana

Speaking of Zaani, she said: “Her death was contributed to by a chain of failures in her mother’s care.”

The inquest at Flax Bourton near Bristol heard “caring and creative” Charlotte had started to suffer from low moods following the death of her father in 2000, when she was aged 15.

She started experimenting with drugs and was sectioned four times before she became pregnant.

Charlotte, of Clifton, Bristol, had contact with the New Horizons team – a specialist unit for mum’s with mental health issues – but was discharged last July.

She had been taking risperidone – a drug mainly used to treat schizophrenia – but stopped taking it before Zaani was born on November 28.

The day of her death she had a mental health assessment, but experts failed to conclude she was relapsing – despite Charlotte asking to go to New Horizons.

Her partner Pascal Malbrouck – who noticed she wasn’t sleeping – was her final visitor and asked midwives “keep an eye on her”.

But just minutes later she walked out of the ward at St Michael’s Hospital in Bristol on December 2, with Zaani in her arms and headed towards the city’s Clifton Suspension Bridge. 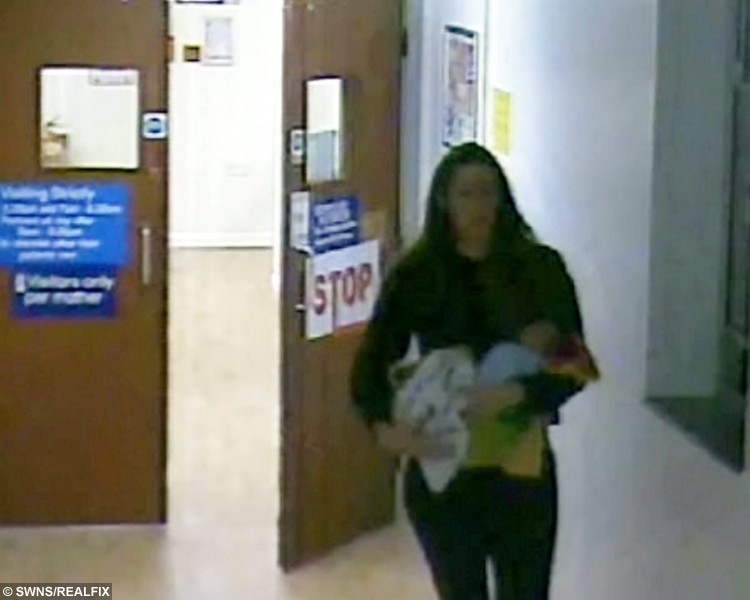 CCTV image of Charlotte as she is seen leaving the hospital

A day later her lifeless body was discovered by paramedics after a passer-by spotted some slippers near the gorge.

The body of baby Zaani was found 18 hours later.

During the inquest a psychiatrist said “with hindsight” there had “significant failings” in the months leading up to Charlotte’s death.

Former associate dean of the Royal College of Psychiatrists Laurence Mynors-Wallis told her inquest there were several other warning signs in the run up to the tragedy.

He said an “important contributory failure” had been the lack of a multi-disciplinary care plan – which could have seen her sent to a different unit or been assigned a one-to-one specialist mental health nurse.

He said: “There wasn’t a watertight care plan in place.”

“A care plan is core to delivering the interventions that are needed for people with mental illnesses, especially those who are going through childbirth – which is a stressful experience.

“It is important as well because she would be coming into contact with a series of professionals who aren’t experts in mental health.” 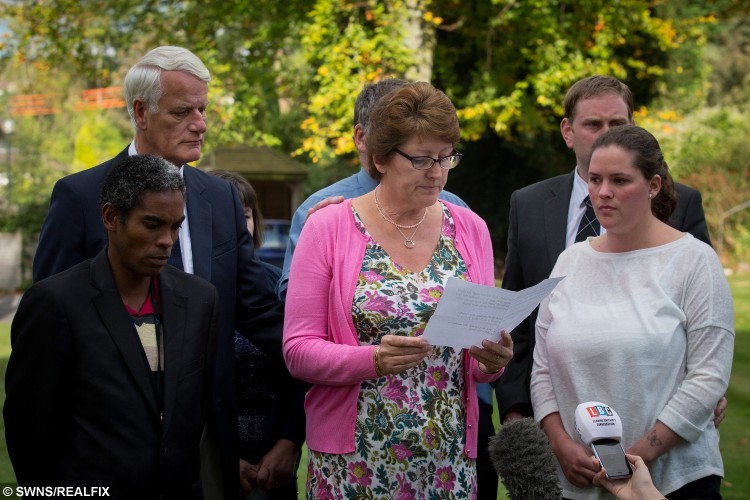 Charlotte’s mother reads out a statement to the press

« Previous post Stunned rower gets a seal of approval from a unusual hitchhiker
Next article » Dame Helen Mirren named most empowering female celeb (by people who should know..)