Embargo until 15:01 GMT/BST 6 December 2015. Kerry McFadyen, 32, is pictured with her daughter Danni, 6, at their home in Boat of Garten in the Scottish Highlands See South West copy SWTRANNY: A proud mum is embracing her sonÃs change after she realised he was born in the wrong body Ã aged THREE. Kerry McFadyen knew in her heart of hearts that her son Daniel should have been her daughter when she caught him with a pair of scissors Ã trying to cut his WILLY off. The 32-year-old mum-of-five reckons that her six-year-old child Daniel, now known as Danni, must be the wrong gender, partly because he was always more interested in his sistersÃ dolls than his brothers' footballs.

A proud mum is embracing her son’s change after she realised he was born in the wrong body – aged THREE.

Kerry McFadyen knew in her heart of hearts that her son Daniel should have been her daughter when she caught him with a pair of scissors – trying to cut his WILLY off.

The 32-year-old mum-of-five reckons that her six-year-old child Daniel, now known as Danni, must be the wrong gender, partly because he was always more interested in his sisters’ dolls than his brothers’ footballs.

As well as shunning balls in favour of Barbies, the turning point was when he was just three years old. 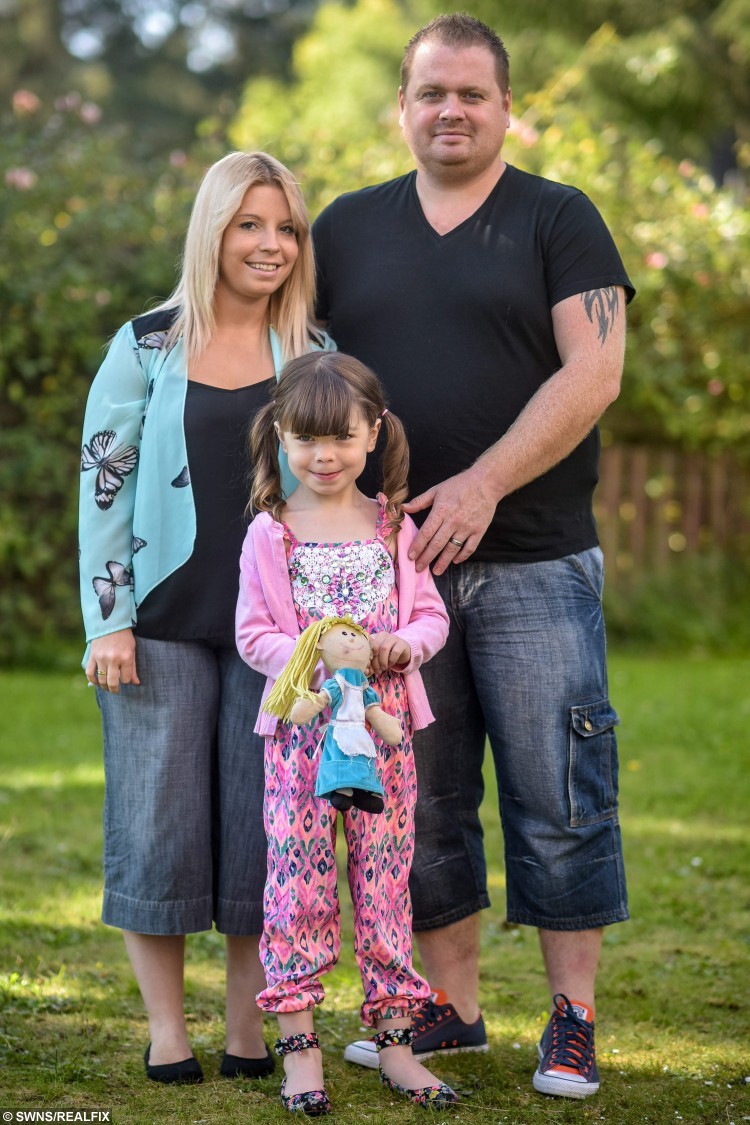 Kerry said: “He was in the bath.

“And somehow he’d managed to find a pair of scissors. When I turned around he was holding them above his bits.

“I tried to be calm and asked him what he was doing, and he told me he was about to cut off his willy so he could be a girl.

“I told him he couldn’t because he’d hurt himself and bleed a lot and I calmly took them from him and gave him a big hug.”

“It was very upsetting to see him like that, no mum should have to see their child so upset in their own skin.”

She said: “Daniel would ask everyone if they had a ‘willie’ or a ‘cookie’ – the word we used for a lady’s private parts.”

Kerry and Craig took their son to the doctor, to ask why he loved playing with dolls and hated his penis, and he was eventually diagnosed with gender dysphoria – in possibly the youngest ever reported case in the UK. 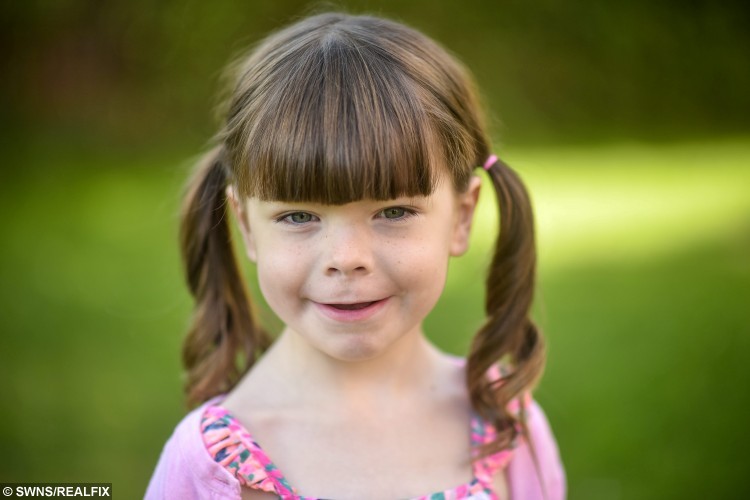 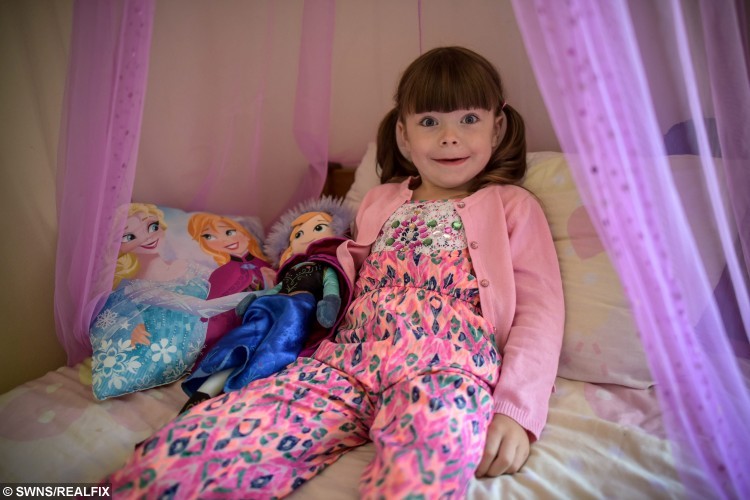 She said: “They told us it would benefit Daniel to live as a girl – as long as he was aware he could change his mind at any point.

“They could give him drugs to postpone puberty and he could be given hormone treatment instead.”

The family are now either trying to raise enough money to make their son into the daughter he wants to become, or wait until he is 18 to get gender realignment surgery on the NHS.

Since then, his family and friends started calling him ‘Danni’ and let him grow out his hair.

After talking the issue through with teachers, Kerry wrote letters to all the parents explaining Daniel would be returning as a girl.

They even installed unisex toilets to make her feel more comfortable and accepted.

Almost every parent in Danni’s class replied offering support and admiration for the couple’s bravery.

It was that reaction which, Kerry says, gave her the confidence to talk about the fact that she now considers her youngest son, a daughter.

She said: “I’ve chosen to go public with Danni’s story to raise awareness for other transgender children and their parents who may be suffering in silence.

“It is a lot to go through as a family but with the right support it is possible to get the correct help for your child.

“The first step is going to a gender specialist and getting your child properly diagnosed, then you can take it from there.”

Kerry and Craig will wait until Danni starts puberty, and then he will be prescribed hormone blockers until he is truly old enough to decide whether he wants to become a she, at aged 16.

Then, Danni will decide whether to start taking oestrogen for two years before undergoing gender reassignment surgery, or not. 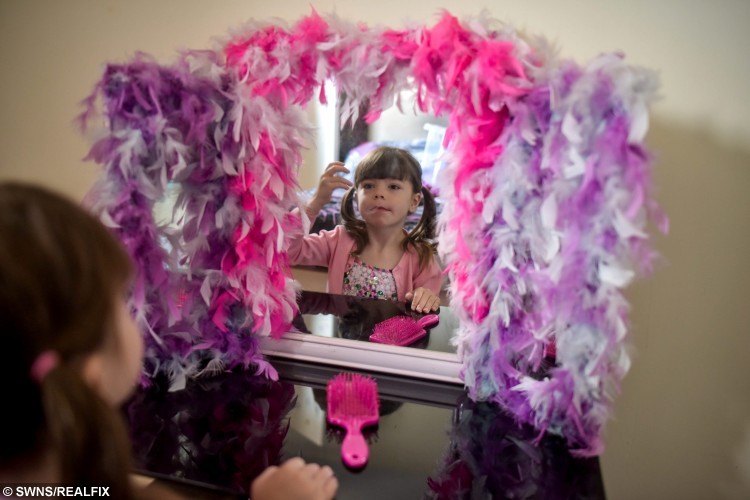 While Kerry has lost some friends because they don’t approve of her decision to let her child transition so young, she stands by her decision.

She said: “Most people might think I’m a bad mother for letting my child transition so young, but I will do anything to make my child happy.

“It wasn’t easy and it took me a long time to come to terms with losing Daniel.

“But my daughter is so happy now and a completely different child.”

“As a boy she was quiet, withdrawn and miserable but since she has been living as Danni she is a ray of sunshine.

“It came to a point when I realised I could either keep the rest of the world happy, or I could keep my child happy. It was no choice at all and my husband and I know we’ve done the right thing.

“I was more worried about what our parents would think as they are from a different generation – but they have been amazing and said they love Danni no matter what.

“You would have no idea Danni was born a boy by looking at her and we plan to just let her be.” 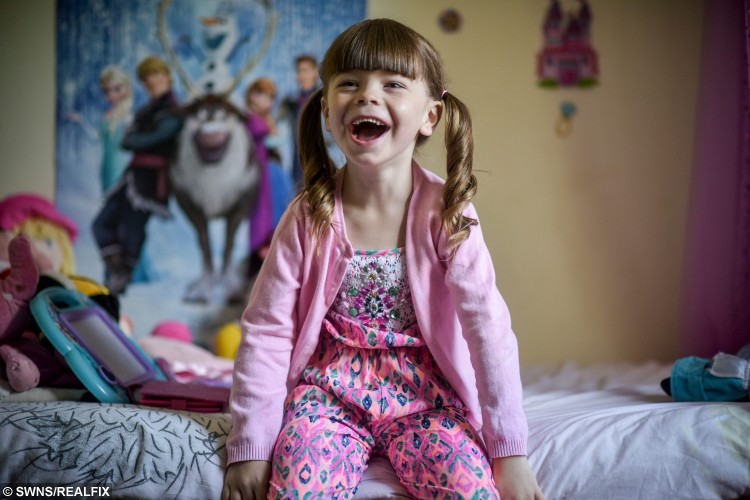 This giant egg was hiding an amazing secret