by RealFix
in Cute, Health, Must Read
0

A 100-year-old Cornish widow has revealed the secret to her long life – a daily visit to her favourite PASTY shop.

Retired primary school teacher Edna Thomas celebrated becoming a centenarian with her usual ritual of getting the bus to have lunch at Oggy Oggy.

But, surprisingly, she does not tuck into the traditional meaty treat – but instead opts for a full English breakfast or fish and chips.

Edna believes the vibrant social scene at the pasty shop is the key to her happy old age. 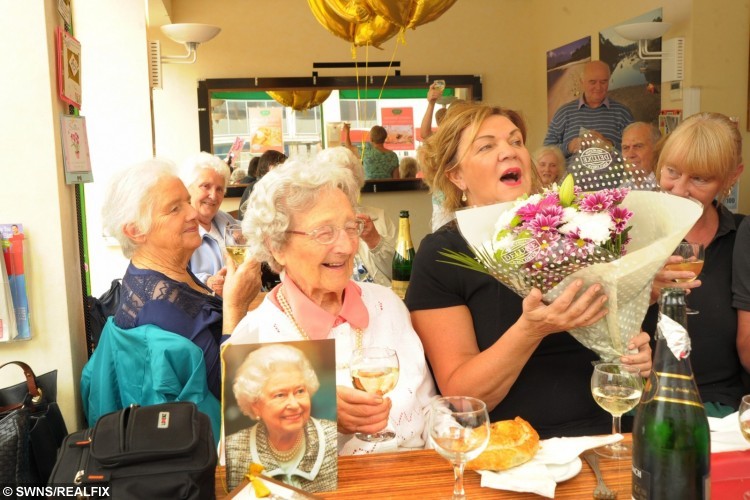 She celebrated her milestone birthday on Friday (1/7) with friends and family at the pasty shop by blowing out candles on a specially-made cake, and cracking open a bottle of bubbly.

“It’s been absolutely wonderful,” said Edna, who was born in Scotland when her dad was in the Navy. “I’m not actually very fond of pasties, but they do lots of other meals.

“I’m having a party in my back garden later too, if it doesn’t rain!” 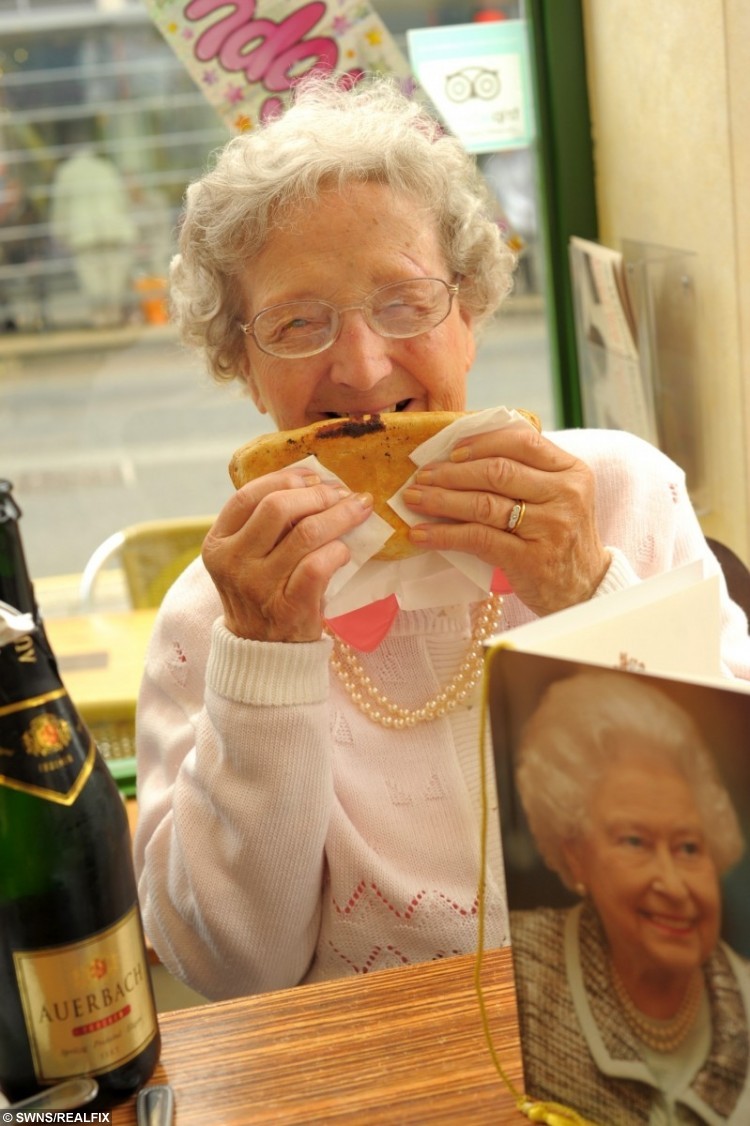 For the last 10 years Edna has been eating at the Oggy Oggy store, as well as spending weekends with her niece, and being taken on “exotic holidays” by her nephew, David Eggins.

David, a teacher who lives in Germany, said his auntie is “slowly working her way through the Oggy Oggy menu”.

He said: “Long life is all about relationships, and keeping connected with people, which is what Auntie Edna does.

“She is so very well received by everybody in here. It’s a very important aspect to her life.”