Staff at an animal shelter are looking for a ‘guide human’ to adopt an unlucky dog that suddenly went blind overnight.

Alex, a four-year-old terrier, arrived a Dogs Trust in October and soon became a hit with rescue centre staff.

But a short while later they noticed Alex was walking into things so he was sent to the vets.

It was then confirmed Alex had gone blind as a result of detached retinas – with vets saying his eyesight would tragically never return. 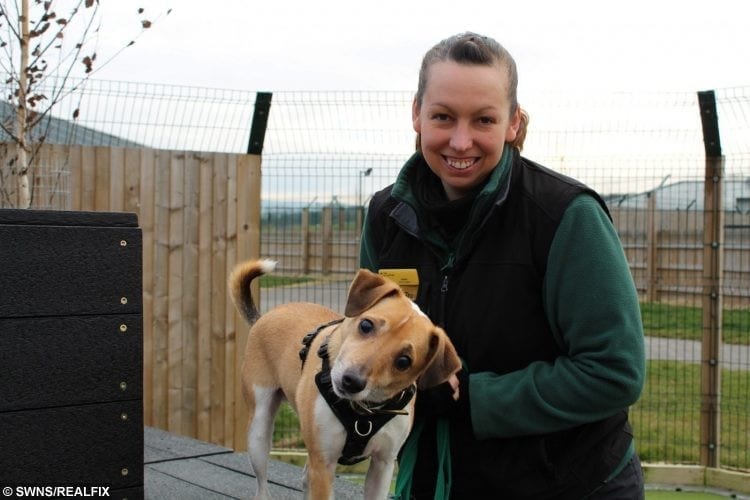 Now, staff members at the Dogs Trust Evesham, in Worcestershire, are trying to find a home for Alex – and say his new owners will have to act as ‘guide humans’.

Emma Rex, training and behaviour advisor at Dogs Trust Evesham, said: “It was such a huge shock to us to hear that Alex had gone blind.

“It must have been confusing for him initially, but he has adjusted so well and certainly hasn’t let his blindness hold him back.

“Knowing he was blind enabled us to make things in his daily life much more predictable so he’s much happier’.

“For example, we’ve applied lavender oil to his harness so he’s learnt to recognise when it’s near his head – and then he gets to go for a walk!

“We’ve also taught him to lift his paw when there’s a step in front of him so he doesn’t trip over and because he loves to play, we’ve got him some balls with bells inside so he can hear them and knows where they are.

“These little considerations have made him a happy dog and really helped him to adjust quickly.” 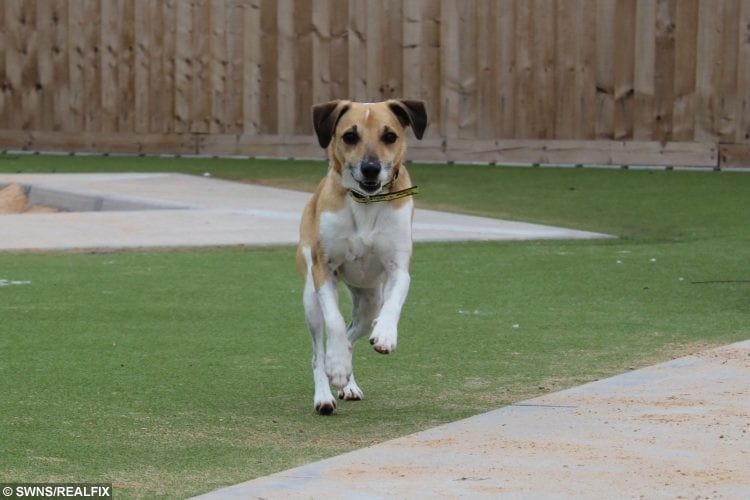 The team are looking for the right home with owners who will continue to help him adapt, and hope that his lack of eye sight won’t put off any potential adopters.

Emma added: “While Alex has quickly learnt to use his other senses, his new owner will need to be patient and be prepared to act as his guide human to help him settle into his new home.

“He would love a quiet home where there will be minimal changes in the furniture layout and not too many visitors.

“He’d also be really pleased with a secure garden where he can happily play with you and he’d love it if someone was around for most of the day as he doesn’t like to be left alone for too long.

“He’s got plenty of years left in him yet and so much love to give. He just needs a patient owner who can prove love really is blind and can give him a forever home.”