Myles Brown, 27 with daughter Lilian and fiancee Vivienne (surname not known). See Masons copy MNSTEMCELL: The family of an army private who has been serving his country for almost a decade are pleading for stem cell donors to come forward to help him defeat cancer. Myles Brown, 27, was diagnosed with leukaemia in April and is set for TWO YEARS more chemotherapy before he has a chance of going into remission if a donor is not found. The father-of-one, who is currently stationed in Germany, is battling with rare acute lymphoblastic leukaemia.

The family of a young soldier who survived a tour of Afghanistan is now facing a new battle – to defeat cancer.

The family of Private Myles Brown, 27, is desperately appealing for stem cell donors to help provide the treatment that could save his life.

Myles was diagnosed with leukaemia in April and is set for TWO YEARS more chemotherapy before he has a chance of going into remission if a donor is not found.

The father-of-one, who is currently stationed in Germany, is battling with rare acute lymphoblastic leukaemia.

He is also undergoing radiotherapy due to a potential growth on his brain and recently contracted phneuomonia.

His sister, Sophie Brown, 28, is now rallying to get more stem cell donors to come forward – to help her brother and others in his position.

She said: “So many people have no clue about stem cell donation. Before Myles was ill we’d never known about it really.

“He fell unwell in April and within a few days of telling doctors they’d began treating his cancer. He’s been in hospital ever since.

“They want to start his stem cell next month but he needs a suitable donor. If he doesn’t find one they’ve said he could need chemo for two more years, and that could cause too much damage to his body for him to fully recover.”

Private Myles, from Sleaford, Lincs., serves in the Princess of Wales Royal Regiment and first joined the army in 2008.

He has an 18-month-old daughter called Lilian and lives with her and his fiancee Vivienne in Germany.

Sophie added: “He loves being in the army and he could end up being medically discharged. He’s trying to stay positive but it’s so hard for him.

“He toured Afghanistan in 2011, and he lost a close friend out there.

She also revealed how last year their mother had breast cancer – which she has now overcome – but that this has made Myle’s diagnosis even harder.

Due to him being abroad the family are not able to visit as often as they want either.

Stem cells are vital to the body’s recovery and help to repair damages from illness or injuries.

Without them the body struggles to repair properly. 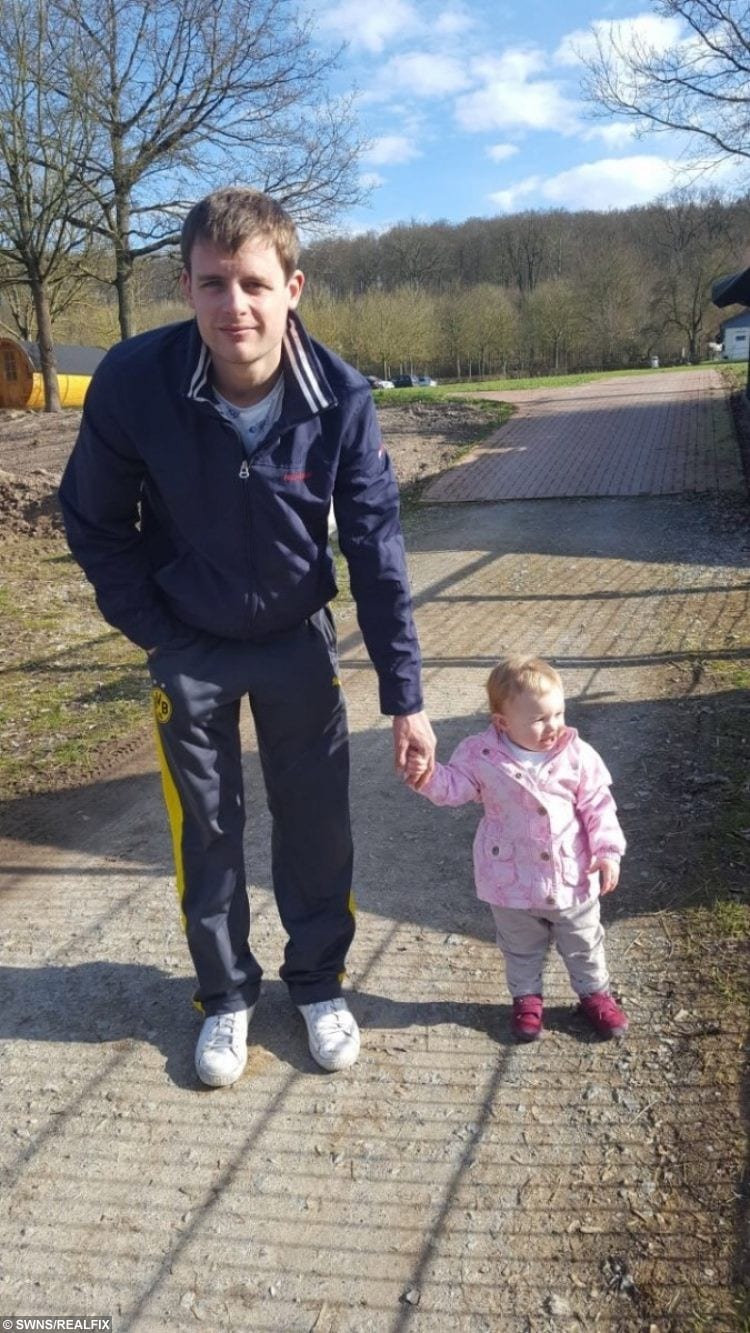 Due to his illness, Myles stem cells are not working to full function so therefore getting healthy is much more difficult.

With a boost of stem cells from a donor his body would be prepared to overcome its damage and then slowly start producing more stem cells.

Those interested in donating stem cells can test if they are a match for people waiting for them simply by spitting into a cup.

Those interested in doing so can visit https://www.anthonynolan.org for more information.

Marc Jones, the Lincolnshire Police and Crime Commissioner, has backed the campaign and hundreds of people have taken to social media to say they are going to donate to support Myles.