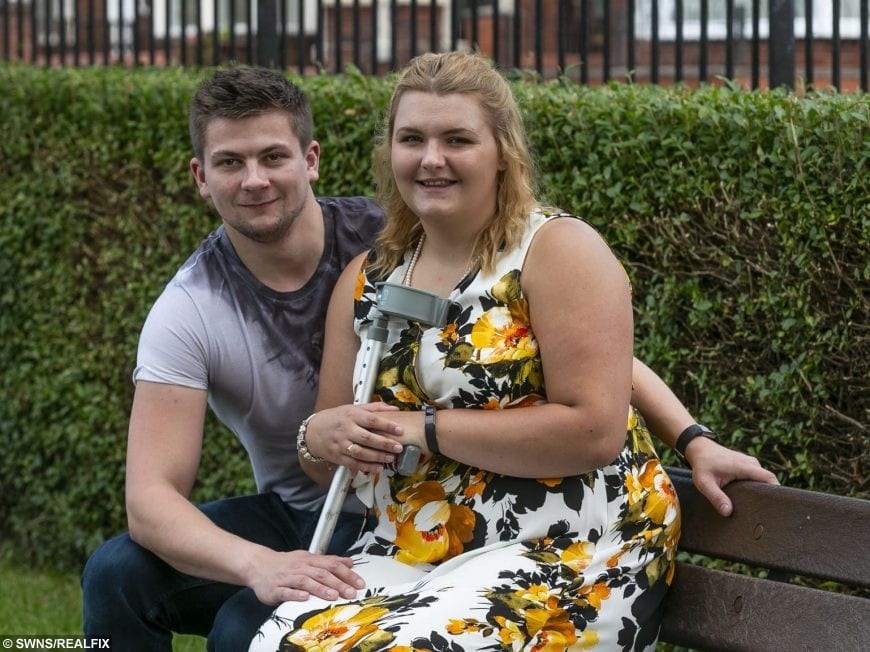 An aspiring teacher has put her dreams on hold after developing a rare disorder which causes her to faint up to 30 times a day.

Sarah Louhisalo, 22, has gone from being a fit and healthy young woman to requiring almost constant care from her partner and family.

She was suffering from repeated headaches when she suddenly blacked-out at the wheel while driving in January this year.

Within days she was passing out between 15 and 30 times a day and suffering seizures which left her unable to walk or talk for hours or even days afterwards.

She has now been diagnosed with functional neurological disorder (FND), in which patients experience weakness, issues with movement and blackouts.

Sarah, from Chorley, Lancs., had to postpone her postgraduate course in Education which, if passed, would enable her to land her dream job as a primary school teacher.

She has now released a series of devastating videos that show her debilitating symptoms, including ones of her arms and legs shaking uncontrollably.

“My life has been completely taken over by all of this,” she said.

“I was so close to getting my dream job as a primary school teacher when it things came crashing down.

“Within the space of a few months my life has changed completely.

“I can’t even go outside on my own in case I have a seizure, let alone teach in a school.

“I’m relying on my family to help me through, which isn’t the way a 22-year-old should live.”

However, her illness has brought a newfound closeness between her and partner of four years, Jamie Roberts.

They have developed their own sign language through knocks, pointing and gestures so Jamie can help Sarah with day-to-day tasks.

Sarah said: “It has made me see how in tune we are to each other. I will knock to get Jamie’s attention and then point at what I am needing – either when we are cooking or eating or something and he will instinctively know.

“He has been my absolute rock through all this. It has shown me how solid our relationship is.”

Sarah was suffering from headaches on and off for two months before she suddenly blacked out while driving in January this year.

She was rushed to hospital with non-serious injuries but despite her pleas, doctors weren’t able to explain her loss of consciousness or constant headaches.

They finally diagnosed FND, a condition in which patients experience neurological symptoms such as weakness, movement disorders, sensory symptoms and blackouts.

The brain of a patient with FND is structurally normal, but functions incorrectly, resulting in the symptoms.

Sarah was also diagnosed Non Epileptic Attack Disorder, which is the term for someone who suffers seizures but not as a result of epilepsy.

She said: “The symptoms of my FND are really awful. I get really bad shakes, facial ticks, tremors and numbness on the left side of my body.

“A lot of the time I can’t even walk or talk because of it, it’s horrible.”

Sadly doctors don’t know how to treat FND so Sarah can only take antidepressants to help with her mood.

She is hoping to ease her symptoms by seeing a psychologist, who has apparently helped four other people with the condition.

The service costs £95 an hour and Sarah is trying to raise funds through crowdfunding site FoFundMe.

Donate to her campaign here: https://www.gofundme.com/f/sarahsfndtreatment