Baby Born In The Sky Above Cornwall – Onboard Coast Guard Helicopter

A baby was born in the skies above the UK while being transported to hospital in a helicopter.

The new mother, who has not yet been named, was visiting the Isles of Scilly with her husband when her contractions began.

There was no midwife on the island off the Cornwall coast at the time, so the coastguard sent its helicopter to bring her to the mainland.

A midwife was collected on route and the expectant mother was picked up for transport back to Cornwall at around 7pm on Saturday – but the baby was delivered on the way. 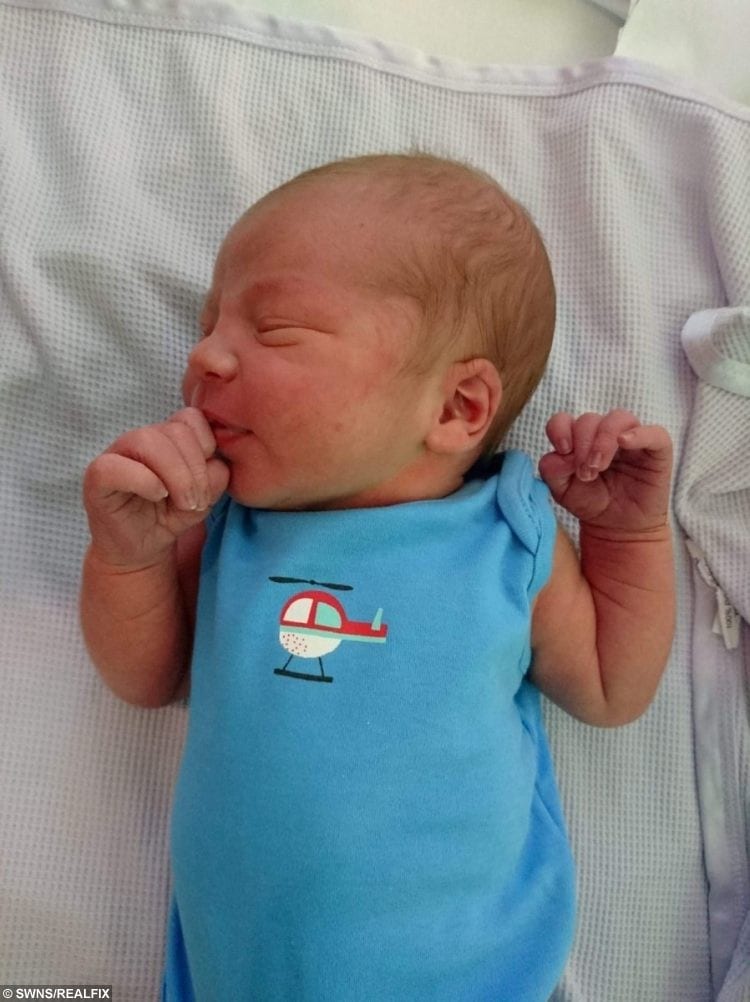 Breaking the news on Twitter, the Maritime and Coastguard Agency wrote: “Awwww! Gorgeous baby boy born on board our #Newquay #Coastguard helicopter on Saturday night on way from #IslesofScilly to #Treliske Mum and baby doing well.

“So thrilled! Congratulations to his mum and dad from all of us at #HMCoastguard #worldhelicopterday”

They later wrote on Facebook: “The Newquay Coastguard helicopter was scrambled and collected a midwife from St Mary’s airport who then made their way to Royal Cornwall Hospital at Treliske, near Truro.

“However, the baby was born while the aircraft was airborne and was safely delivered at 8.53pm.”

Jonathan Mustard, Aeronautical Operations Controller for HM Coastguard said: “This is the second time that a baby has been born on board a Coastguard helicopter.

“The last one was born over Lunna Holm, Shetland in December 2012.

“We are absolutely thrilled and delighted to have played a part in the birth and are pleased that mum and baby are doing well.

“It’s rare to hear that our helicopter launched with seven people on board, but were preparing to land with eight.