A baby born three months early is now healthy after being kept alive by with the help of a ‘sandwich bag’.

Harrison Smith was born with breathing problems and a bleed on his brain after mum Lynne Smith went into labour at 29 weeks.

The 3lb infant was placed in a small plastic bag to keep warm before being transferred to an incubator in intensive care.

Research has shown that by placing premature babies in plastic bags heat loss can be prevented and this reduces the rate of hypothermia.

Harrison spent the first nine weeks of his life at the Royal Alexandra Hospital in Paisley, Renfrewshire, before he was finally allowed to go home.

Lynne and husband Martyn were finally able to take their firstborn home four days before his expected due date in January.

The six-month-old still has chronic lung disease and remains on oxygen at night but doctors are hopeful he will be able to breathe unaided very soon.

Lynne, 35, who is from Paisley, said: “I had had a healthy pregnancy with no problems until my waters broke on the early hours of the morning.

“We went to the hospital and at 6pm that evening I started having contractions and Harrison was born naturally.

“They kept him warm by using a plastic bag, which was the same size as a ziplock sandwich bag, before they transferred him to an incubator.

“His weight was 3lb and due to his prematurity, his lungs were underdeveloped and he was unable to breathe on his own.

“He was also born with a bleed on his brain, again due to his early arrival and his skull being so fragile.

“Being told about the bleed hit us very hard, it was one of the most difficult times and we had to wait a further six weeks for a second brain scan to find out if it had worsened.” 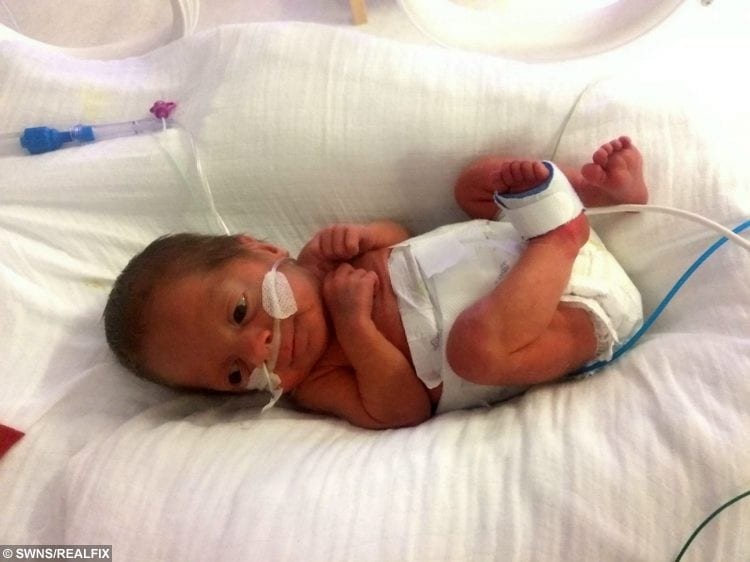 Harrison had to be fed through a tube and the family spent their first Christmas as a family in hospital.

The baby will have chronic lung disease for the first stages of his life but doctors are hopeful that his lungs will regenerate as he gets older.

Lynne continued: “Harrison contracted a virus while in hospital which really set him back, and put him back into intensive care.

“He would stop breathing and need assistance to start again.

“Again, this was really difficult for us as it meant we were unable to hold him as the handling tires premature babies.

“We faced a lot of difficulties during Harrison’s time in hospital.

“We were unable to hold him when he was crying and had to change his nappy and his clothes through the holes in an incubator.

“We had to tube feed him and spend our first Christmas as a family in hospital while watching him have painful procedures. 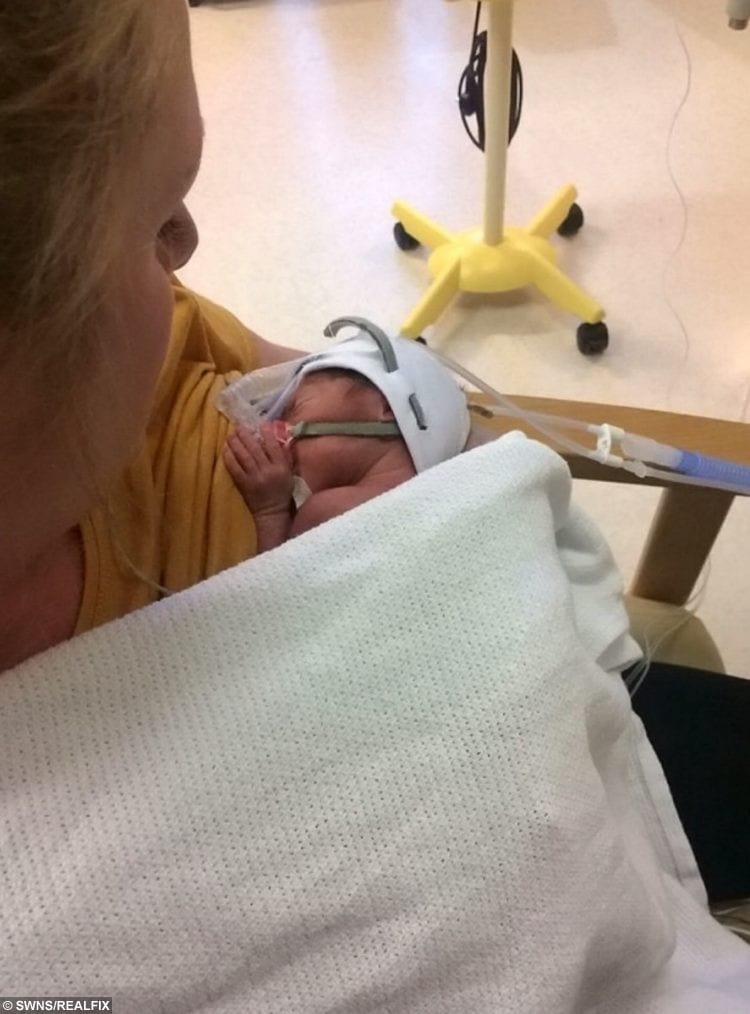 “He still has chronic lung disease and remains on oxygen at night time but he is completely thriving and will be off the oxygen very soon.”

Lynne has signed up for the 10K Great Women’s Run on June 4 to raise funds for the premature baby unit at the RAH.

She added: “I decided to run the 10K because I wanted to do something for Harrison that is challenge for me, and also as a thank you to SCBU.

“I haven’t run since before I was pregnant and haven’t ran a 10K for four years.

“I am determined to complete the run, even if I have to walk and run.”