HomeFamiliesHealthMost PopularBIG change for a special reason. We never thought he could look like this! 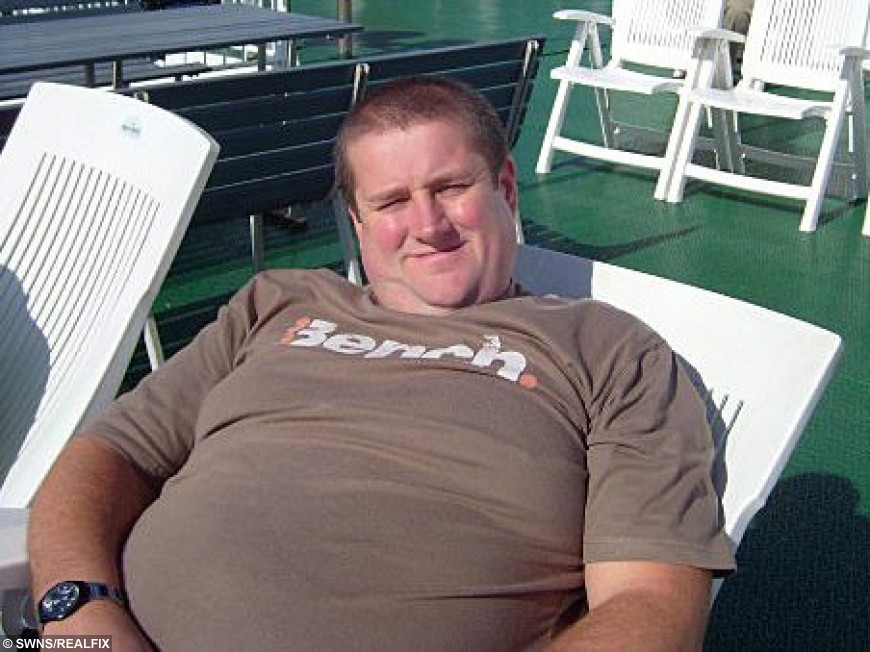 A takeaway-gorging cabbie lost almost six stone so that he could throw himself out of a plane in honour of his late mum.

Tipping the scales at 21 stone, Gavin Preston was told he was too fat to complete a charity skydive to raise money for the hospice where his beloved mother was looked after in her dying days.

But not wanting to let her down, he turned his life around in just eight months, and a more streamlined version of his former self bravely took to the skies to jump 11,000ft. 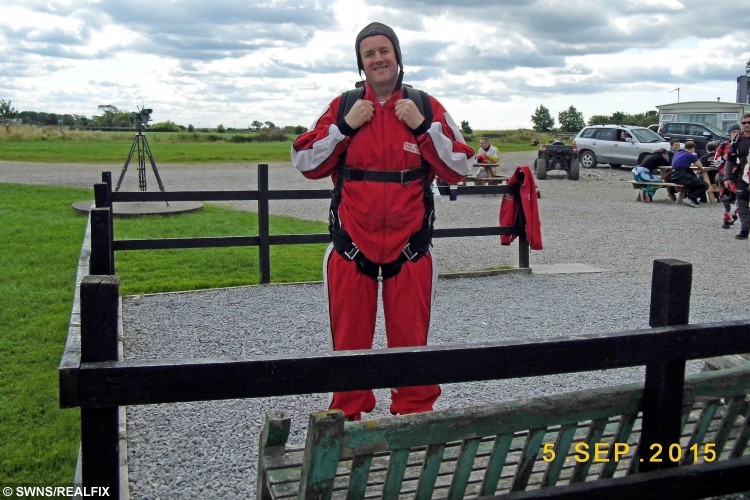 Gavin ready for his sky-dive

Dad-of-three Gavin, 42, said: “I never really imagined I’d be able to do it, it was fantastic.

“I was a bit nervous the night before but I didn’t really get time to be worried, before I knew it I was strapped to an instructor and we’d jumped out of the plane.

“It was an exhilarating experience but so worthwhile. My mum always worried about my weight, so she’d be really proud.”

Gavin, married to Caroline, also 42, piled on the pounds as he sat down all day for work while surviving on a diet of takeaways.

But when he lost mum Irene Pounder to lung cancer at the age of 67, he realised it was time to turn his own life around. 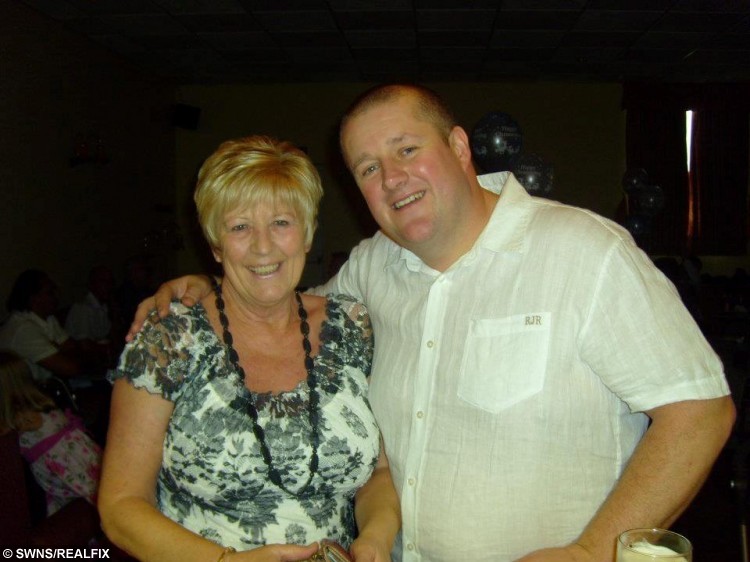 Gavin with his late mum Irene 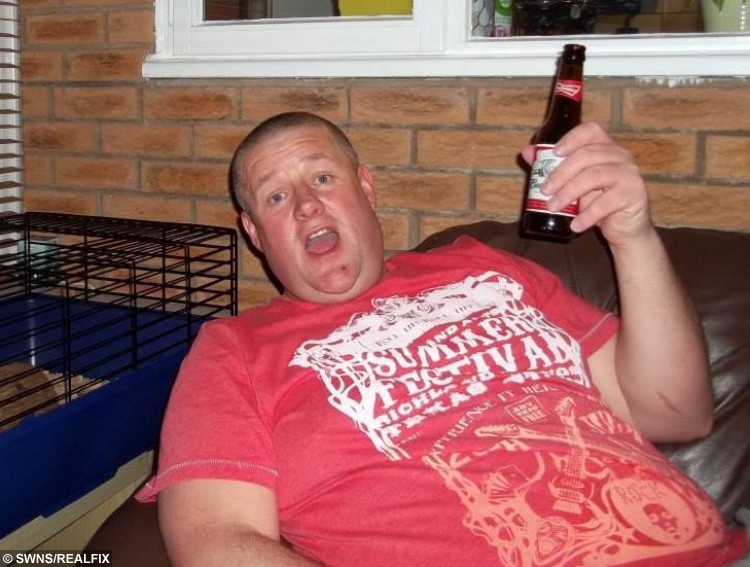 His weight was out of control

He said: “She was always so full of life but when she contracted lung cancer, she went down-hill so fast.

“It was a shame to see and I wanted to make the most of my life and be a bit more active, for my children’s sake.

“I had been going to McDonald’s or stopping at pizza places sometimes up to five times a week and I didn’t do any exercise so the weight just crept on.”

He planned to take part in the sky dive to raise vital funds for St Catherine’s Hospice who cared for Irene in her dying days, but was told he had to be under 16 stone.

Gavin, from Walton-le-Dale, Lancs., said: “Originally the sky dive was just something I fancied doing, but then it really hit home when we needed St Catherine’s for my mum, just how much they do.

“Mum was a bit shocked when when we first mentioned a hospice, but it worked out for the best because she started eating well again and got back to her old self.

“It was amazing for her and us.

“We could visit whenever we wanted and take her on days out.” 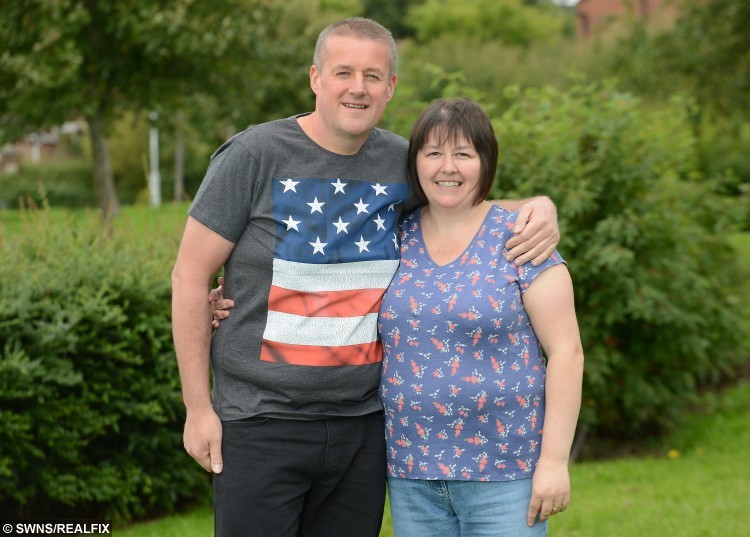 Gavin with his proud wife Caroline

Taking drastic action, he joined Slimming World in January this year, and began running regularly, and he now weighs in at a trim 15-and-a-half stone.

“After joining Slimming World I also did the NHS couch to 5k 10-week programme, and I run 5k three times a week now,” he said.

“I found it easy to lose the weight and I feel so much better for it now.” 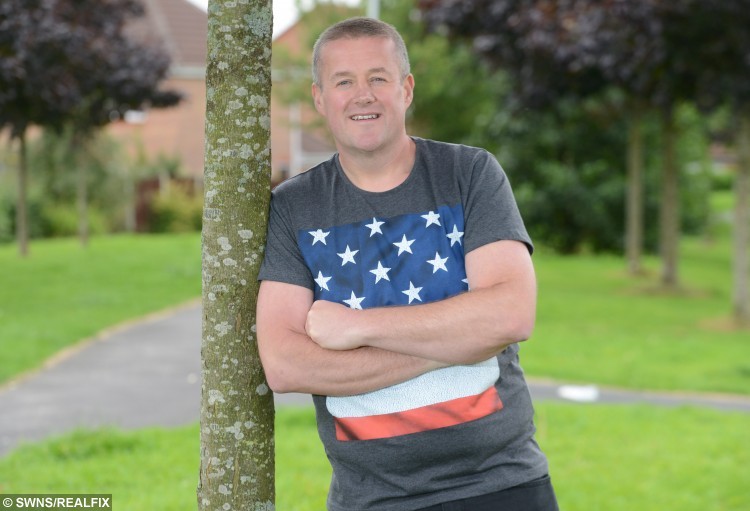 Gavin’s Slimming World consultant Jo Shaw, said: “I’m so proud of Gavin’s achievement. He’s so much healthier and much more active than he was before he joined my group.

“St Catherine’s is a charity very close to his heart and he was determined to lose weight to enable him to take part in the sky dive. He is an inspiration to us all.”

Gavin alone raise £580 for St Catherine’s over the weekend, and the hospice’s total from the sky dive is an incredible £15,000 so far. 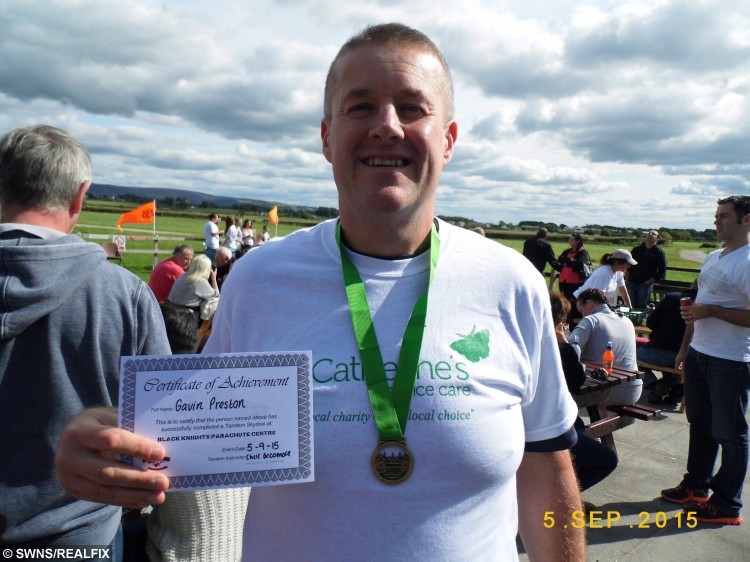 Gavin after his sky dive