Kristy Hooper with her seven-year-old daughter Lily-Grace Hooper in front of Hambrook Primary School, Moorend Rd, Hambrook, Bristol.A blind girl has been banned from using her walking cane at school because of "health and safety issues" - in case she TRIPS up teachers and fellow pupils. See swns story SWSTICK. Lily-Grace Hooper, seven, suffered a stroke when she was just four days old, which left her virtually blind. But earlier this year a charity donated her a fibre-glass walking cane after her confidence soared when she started using cardboard tubes to help guide her way at home.But her mum Kristy, 38, has been left "absolutely livid" after a risk assessment done on behalf of the school said the cane caused high risk to people around Lily-Grace. Hambrook Primary School in Bristol told her not to use it in school, and the report suggested she have full adult support at all times, and she was told to "walk carefully".The move by the school and the Sensory Support Service - which does assessments for schools - has been slammed by charities.Furious mum Kristy, from Bristol, said: "It is a disability, but I want to celebrate it and make sure she can become independent. "When the school told me she can no longer bring her cane into school, I just thought this must be health and safety gone mad.

A blind seven-year-old girl has been banned from using her walking cane at school for “health and safety” reasons – in case she TRIPS up teachers and pupils.

Lily-Grace Hooper suffered a stroke when she was just four days old which left her virtually blind and only able to see light in one eye.

Earlier this year a charity donated her a fibre-glass walking cane after she started using cardboard tubes to guide herself at home.

But her primary school carried out a risk assessment on her cane and said it posed a high risk to others around her.

Lily-Grace has been told she cannot use it and should instead have full adult support at all times – and has to ‘walk carefully’.

The decision by Hambrook Primary School and the Sensory Support Service – which does assessments for schools – has infuriated mum Kristy and charities.

Kristy, 38, said: “When the school told me she can no longer bring her cane into school, I just thought this must be health and safety gone mad.

“She hasn’t had any problems with any of the other students, and none of the parents have complained about it – in fact, they have all been very supportive.

“I don’t understand where the school is coming from.”

“Lily-Grace has taken to the cane very quickly, and she needs it as she travels to school, walks to the playground, or just being in school.

“I am absolutely livid. What about the health and safety of my girl? I like school, they are a good school, but this really is very poor advice.

“It’s just ridiculous. If you took a walking cane away from a blind adult, you would say that was discrimination. It’s the same here.” 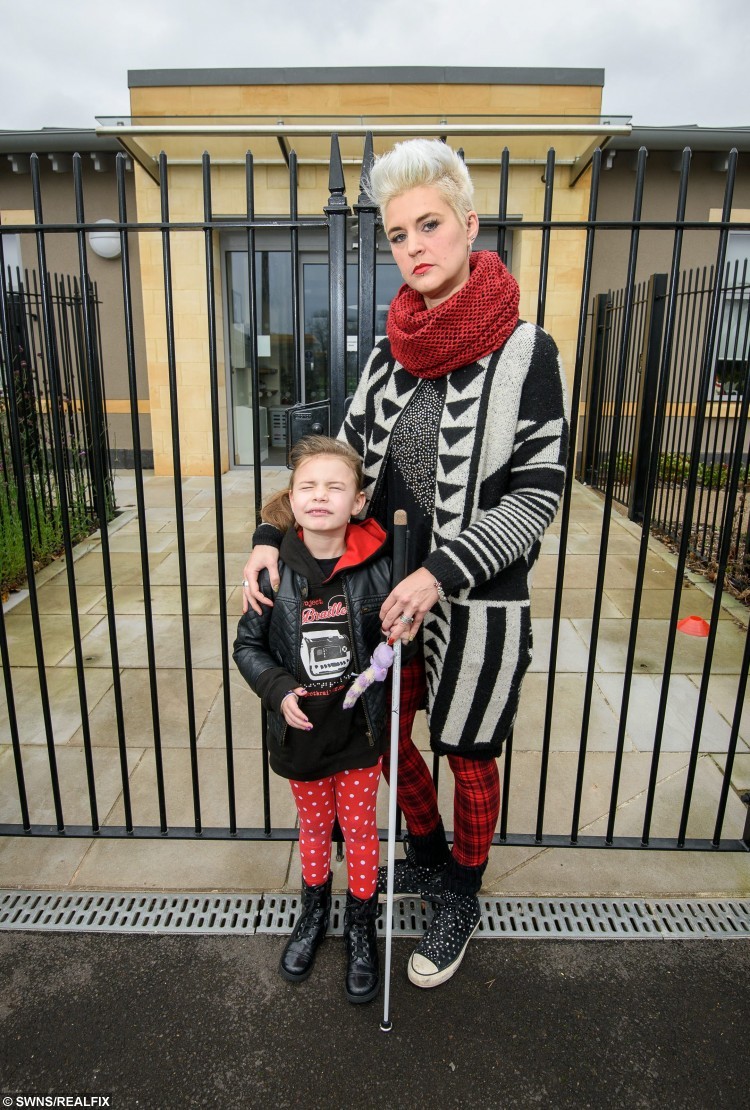 Lily-Grace suffered a stroke days after she was born, causing her to lose her 3D vision, and become blind in her right eye, and she can only see lights and colours in her left.

Shortly before Christmas last year, she started using long wrapping paper rolls to help her get around her North Bristol home.

After asking for a stick from Santa, she was given a long fibre-glass walking cane by Common Sense Cane, a charity for blind children earlier this year.

Lily-Grace, who is a keen ballet dancer, started using the cane in school in April after it became “an extension of her daughter’s arm”.

But a risk assessment by Gary Learmonth from Sensory Support Service on behalf of the school said the cane caused high risk to people around her.

The risk assessment said Lily-Grace should use hand rails to get about and she has also has been asked to “walk carefully over all surfaces”.

The report added she should use a shortened cane, something her parents say is not suitable because the long and light stick has been specifically designed to suit her needs.

Furious Kristy is worried her daughter will become dependent on having someone show her around, and a helper would set her daughter apart from the rest of her class. 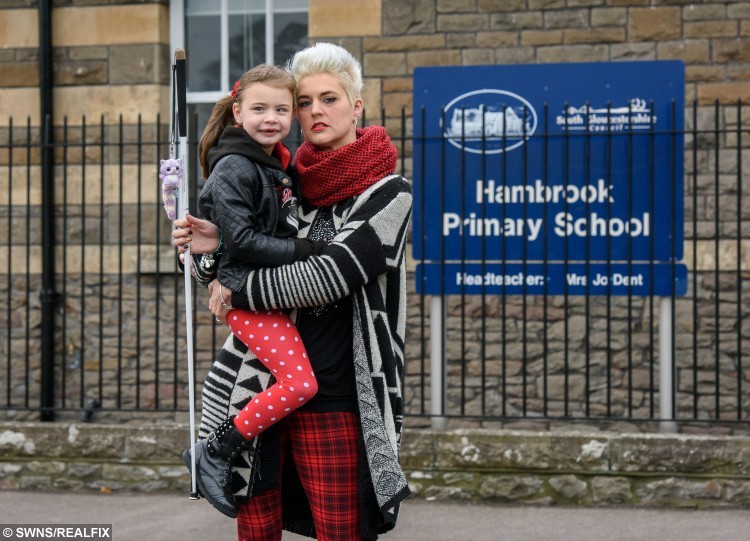 She added: “It is a disability, but I want to celebrate it and make sure she can become independent.”

Sarah Murray, founder of Common Sense Canes, who donated a stick to Lily-Grace, said the treatment of the school girl was “absolute nonsense”.

She added: “I’ve heard about this health and safety reasons, and I just cannot fathom what the school is thinking. Why are they taking a cane away from a little girl?”

Charity for vision-impaired children, Blind Children UK, said it was imperative a child learned independence from a young age.

A spokesman said: “Using a cane teaches a child to keep themselves safe and can help them to become less reliant on others.”

“While a cane may not be suitable for every child or young person with sight loss, if they are taught how to use it by a trained habilitation specialist, then, in general, there shouldn’t be an issue with using one safely around school.”

School head Jo Dent said they would discuss the situation with Kristy.

She said: “The school’s mobility officer raised health and safety issues around the new cane following a recent risk assessment.

“We have to consider all of our pupils, so it is important that we have an opportunity to discuss the situation before we make any decisions.

“We are very keen to resolve this issue as soon as possible and have been actively seeking to engage with the parent to bring this to an agreeable conclusion.

“The pupil has not been banned from bringing in their cane, we have simply asked them to not use it around school as a temporary measure until we have the chance to meet with the parent and discuss the situation.

“It was initially hoped that we would have this resolved within a day or two.” 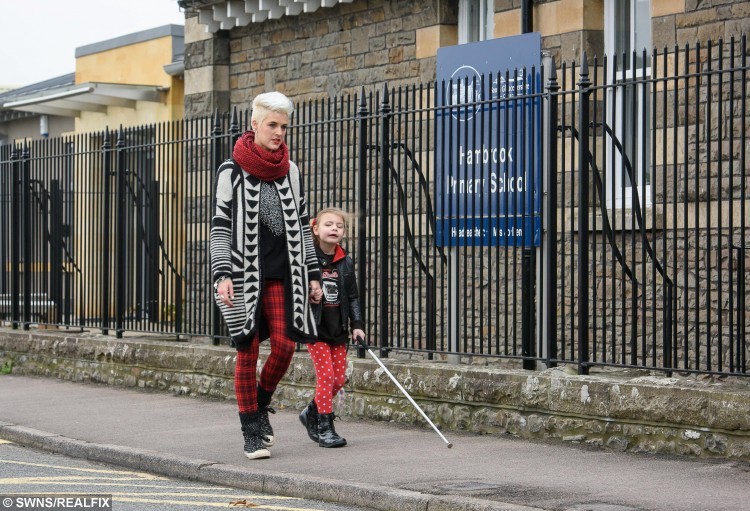