A pensioner feared she would die after a bodybuilder kissed a bloodied hammer and told her “I might as well be done for murder” as he rained blows on her head.

Cancer survivor Michelle O’Donnell, 72, was helpless on the floor as handyman Perry Redmond battered her in a rage because she had no money to lend him.

Redmond, 50, who lived in a camper van, first hit the petite woman with a heavy frying pan before returning to her Kent home armed with a hammer.

Forcing his was in the 6ft 3ins thug dragged the 5ft 1in tall woman around by her hair while hitting her and demanding she begged for her life. 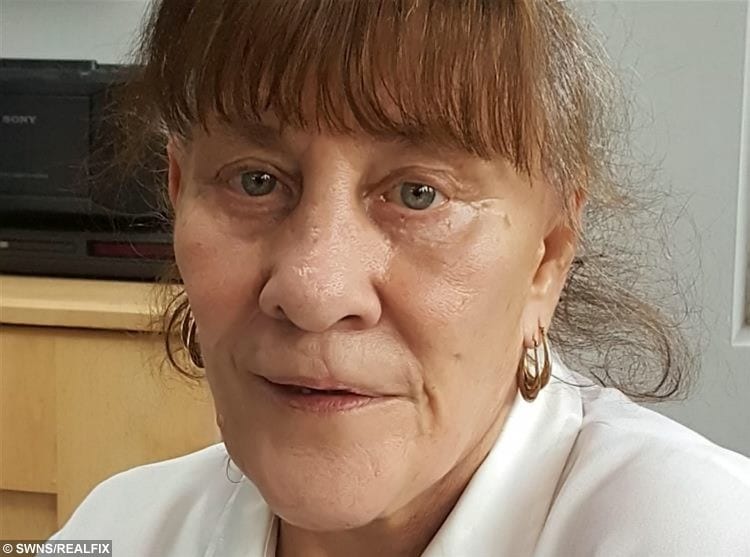 And when police arrived he told them “I put my hands up, I done it. I nearly killed her, I don’t regret what I have done. I know I’ve hit an old lady.”

Mrs O’Donnell was taken by air ambulance to Kings College Hospital in London where she had five hours of surgery and still suffers panic attacks and flashbacks ten months on.

Speaking for the first time after Redmond was jailed for 22 years for attempted murder she spoke how she befriended her attacker.

The former professional singer from Yorkletts, Kent, said: “I thought he was a nice guy and even let him stay here while he was working for me because he was sleeping in a camper van.”

The divorcee said it was when he asked to borrow money that Redmond turned nasty.

She said: “I told him I didn’t have any on me, which I didn’t, and he went off but returned in a very aggressive state and just went berserk.

“He got into the house and first hit me around the head with a heavy frying pan before leaving.

“But then soon returned and forced his way back in armed with a hammer and dragged me around by my hair while hitting me.

“I am only 5ft 1ins and he’s 6ft 3ins and a body builder and must be at least 16 stone so I had no chance of fighting him off.

“He ordered me to beg for my life and I remember thinking that this is the moment I was going to die.

“I managed to get out into the road, hoping that a passing car would stop but I think it was neighbours who called the police.” 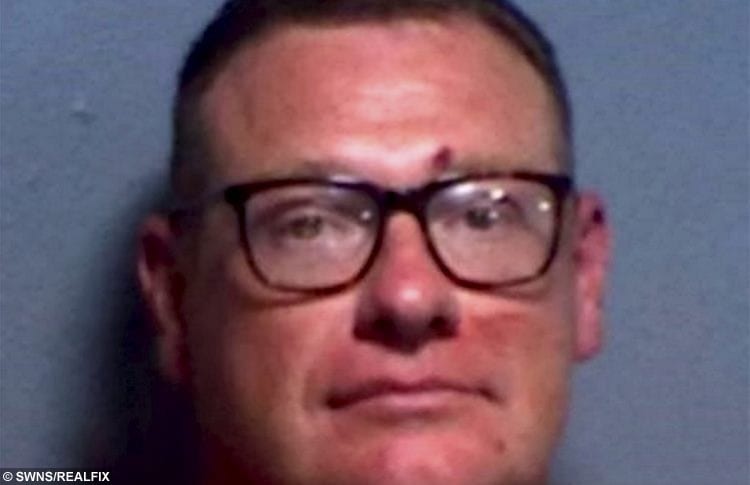 When officers arrived, Redmond from Boughton-under-Blean was still in the street and made the comments.

But he later claimed he regretted saying what he had and said he had been drinking all day, was in a “ bit of a rage” and a “red mist” descended on him.

On the week of the attack, Mrs O’Donnell had just been given the all clear from bowel cancer.

She said: “I should have been celebrating but then this happened to me.

“I don’t think I’ll ever get over it and it has just made me more edgy and much less trusting of people, which is sad.

“He’s clearly a very dangerous individual who needs to be locked up.”

But she thanked police for ensuring Redmond faced justice, doctors for saving her life and her friends and family including her twin sister Francine who she used to sing with in a duo called the Downie Twins.

“Everyone has been wonderful and I couldn’t have got through it without them,” she said

Redmond had denied attempted murder but was convicted following a trial at Canterbury Crown Court .

Judge Heather Norton ruled after his release, Redmond should serve a further five years on licence, adding he posed a “significant risk of serious harm” to others.

Speaking after case Det Insp Chris Greenstreet said: “This was one of the most savage attacks I have come across in my time as a police officer and it is a miracle the victim survived.

“The impact on her cannot be understated and it has affected her terribly. But I hope the outcome of the investigation brings her some small comfort.”