Cancer sufferer Kasabian Newton Smith. See Ross Parry copy RPYCARDS: A young boy who has been diagnosed with an operable brain tumour has one big birthday wish - to have a ROOM FULL of birthday cards. Brave Kasabian Newton-Smith has been fighting cancer since he was two years and was given just TWO WEEKS to live as a toddler. After beating all the odds as a youngster, the family were dealt a devastating blow when they were told Kasabian's cancer had come back in Christmas 2013. Now the family are hoping to make his eighth birthday one of the best - with the help of generous members of the public and a room full of birthday cards.

A seven-year-old boy who has been fighting cancer since he was two-years-old has one big birthday wish – to have a room FULL of birthday cards.

Brave Kasabian Newton-Smith was given just two weeks to live as a toddler – but he defied doctors expectations and beat the cancer.

Desperately, his family were dealt another devastating blow when they were told Kasabian’s cancer had come back in Christmas 2013.

Now, as Kasabian fights his SIXTH tumour, his mum and dad are hoping to make his eighth birthday one of the best – with the help of generous members of the public and a room full of birthday cards for his celebration on December 15. 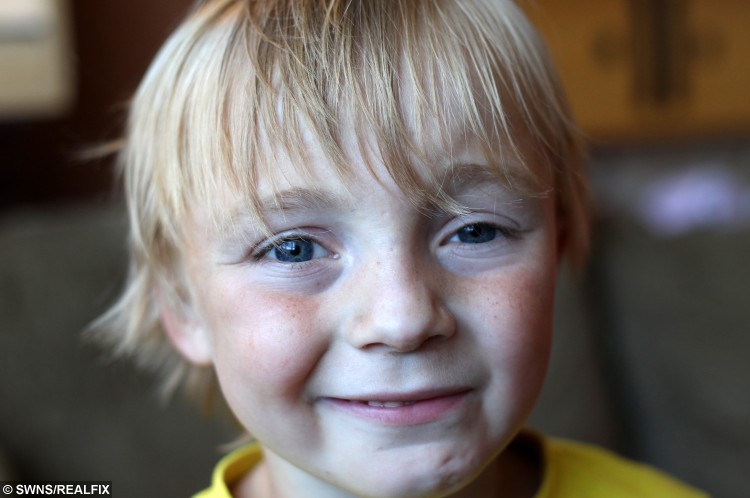 Kasabian’s mum Kay, 37, of Sheffield, South Yorks., said: “Kasabian believes that if you get lots of birthday cards it shows that people love you.

“He thinks that presents and money don’t prove that people love you but if someone has taken the time out to send you a card it means that you are loved.

“And Kasabian thinks that people loving you is the most important thing in the world.”

Kasabian told his mum about his wish a few months ago when he talking about his upcoming birthday and has been watching his letterbox ever since.

Kay said: “It popped into my head again a few weeks ago and I started to think we could really do this so we began to ask for cards through social media.

“At the moment, Kasabian has no idea. He has mentioned it a couple of times and when nothing comes through the post he does acknowledge that he hasn’t got any cards.”

Kay added: “When he sees a room full of cards he will absolutely love it.”

Kasabian started suffering symptoms in 2010 and he was wrongly diagnosed with Bell’s Palsy.

Eventually doctors discovered a brain tumour the size of a fist and Kasabian was diagnosed with Ewing’s sarcoma – a cancer so rare that it had never been treated before in this country.

Speaking about that diagnosis, Kay said: “They tried to tell us his chances were very low. They said we had a maximum of two weeks with him and they even said we should take him home and let nature take its course.”

However, Kay, along with dad Simon, 36, refused to give up and pushed for an operation which successfully removed 95 per cent of the tumour.

Kay said: “We thought that was it and it was done with – they had taken this bad thing out and that’s it.”

Devastatingly, they weren’t out of the woods and Kasabian was told that the tumour was connected to a form of bone cancer the young boy was suffering from.

He was given just a fortnight to live and went to America for three months of treatment.

The family fought on but in 2013 Kasabian was diagnosed with cancer in his neck and spine. 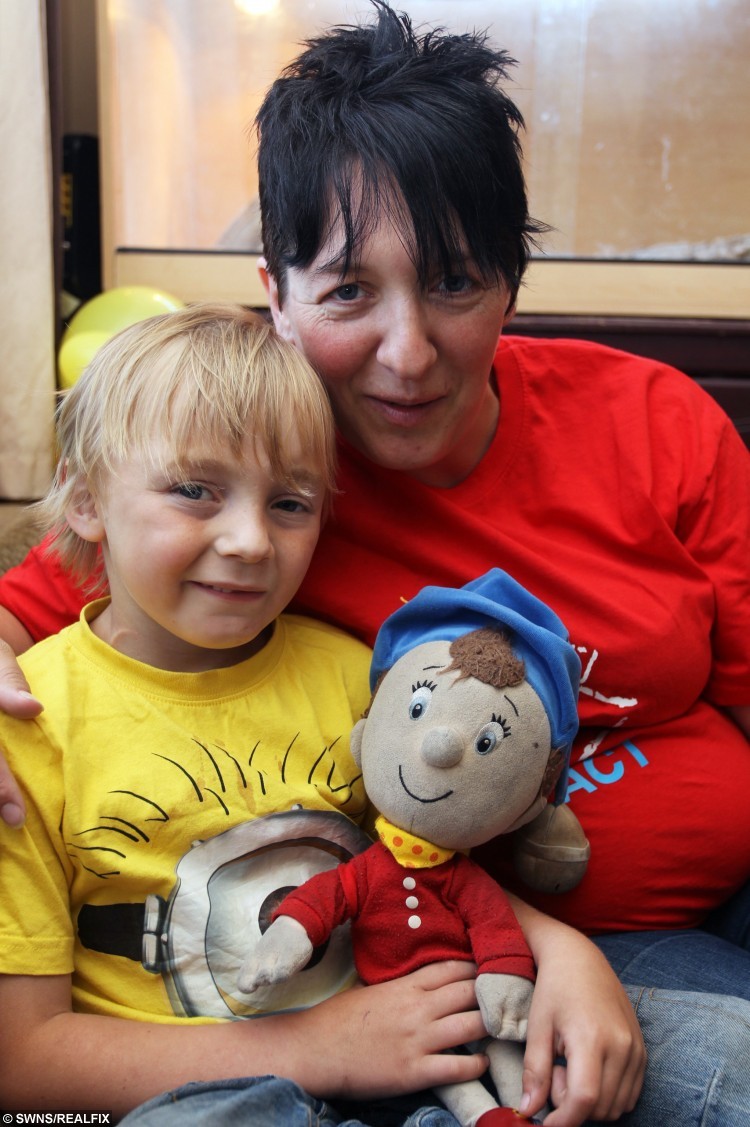 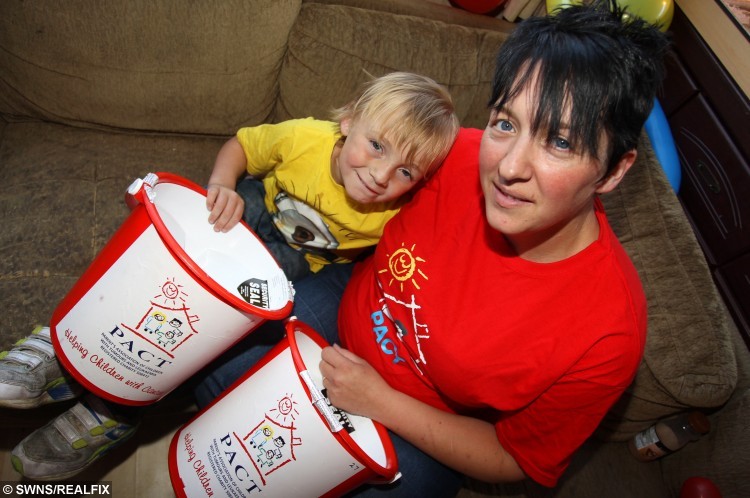 Kay described the family’s journey as a “nightmare”.

She said: “It is a horror story that you can’t believe it real.

“But he is seven and he is still going. He has never said ‘it is not fair, why do I have to be poorly?'”

To help Kasabian fulfill his birthday wish, friends and family have taken to social media to spread the word ahead of his birthday celebration in just over two weeks’ time.

The special birthday cards will help to keep Kasabian’s spirits up as he struggles through rounds of chemotherapy and faces the fact his brain tumour is in a place too dangerous for doctors to operate.

Kay said: “He is struggling a little bit with his treatment at the moment.

“Chemotherapy is nasty. It makes him very tired and it affects his memory.”

“But he carries on. He never misses any school – he goes for his treatment and then goes straight back to school.”

Kay added: “He wants to be a doctor and he has told me that doctors never take time off school.

“He hasn’t given up and neither will we.”

Cards should be sent to Kasabian at Mount Tabor Methodist Church, Wordsworth Avenue, Sheffield, where they will be collected for him before being put on display. 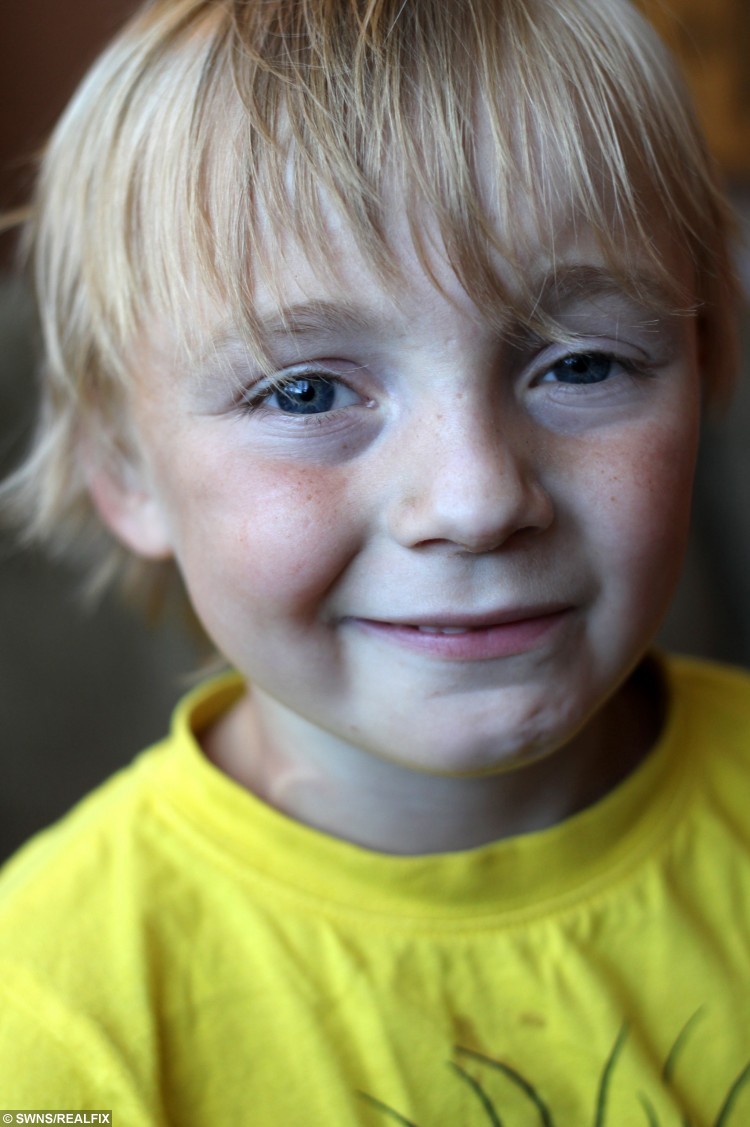