Caitlin Burke, 11, with her newborn sister Elsa. An 11-year-old girl from Tamworth, Staffs, single-handedly delivered a baby Ã then calmly went to school for the day. See NTI story NTIBABY. Caitlin Burke sprang into action when mum Tara KnightleyÃs waters suddenly broke at her home in Dordon on Tuesday morning. With the help of ambulance staff on the phone, the cool schoolgirl delivered baby sister Elsa-Monet, even managing to unravel the cord which was wrapped around the baby. Amazingly, Caitlin then went to school for her normal lessons, just hours after delivering the newborn. TaraÃs waters broke within 10 minutes of her partner Daniel Burke leaving the home at around 5am on Tuesday. So it was down to Caitlin, who is the eldest of five children, to call for the ambulance and guide her mum through labour.

A brave 11-year-old girl has been hailed a hero after she single-handedly delivered her baby SISTER – before going off to school for the day.

Cool-headed Caitlin Burke had been at home on Tuesday morning (24/11) when her mum Tara Knightley, 31, waters broke at around 5am.

The youngster dialled 999 and operators calmly talked her through the sudden birth after Tara went into labour in the middle of the living room.

She helped her panicking mum with her breathing, encouraging her to push, fetched her clean towels and even unravelled the umbilical cord from around the baby’s head.

And before paramedics could arrive Caitlin was able to successfully deliver her baby sister Elsa-Monet at 7.17am at their home in Dordon, Warks.

Tara’s partner Daniel Burke, 26, rushed back from work to find his newborn baby daughter before Caitlin calmly went off to school for the day.

The schoolgirl, who is the eldest of five children, said: “I was a bit scared and shaky at first because I had never seen anything like that before in my life.

“But when my sister was born, I was really happy. I think she’s really cute and I love her very much.

“My teachers were really happy and proud of me. I told all my friends about it as soon as I got to school.

“I like school and didn’t really want the day off, so I was happy to go and see my new baby sister later on in the day.

“I want to be a midwife when I’m older.”

Full-time mum-of-five Tara said she was amazed at how calm her daughter remained as the drama unfolded.

She added: “Caitlin was just amazing. I find it difficult to put into words just what she has done for me.

“I don’t know what I would have done if Caitlin had not been there.

“I started getting contractions so my partner left to take my youngest to his sister’s house.

“But within 10 minutes of him leaving, my waters broke.”

“Based on previous labours, I knew that as soon as that happened, it wouldn’t be long before the baby was born.

“I told Caitlin to call for an ambulance, and they were telling her what to do over the phone.

“I was screaming in pain but Caitlin was calm throughout.

“When the head was showing, I thought to myself ‘I need to stop screaming because my 11-year-old daughter is seeing me’.

“She did everything she was told to do and was extremely brave and supportive.

“She got the towels, she then helped remove the cord because it was wrapped around the baby.

“And she helped to rub and stimulate her because she wasn’t crying.

“She has such a bond with her baby sister now. She can’t leave her alone and keeps saying how much she loves her.

Brave Caitlin Burke leapt into action after remembering an episode of Channel 4’s One Born Every Minute.

Little Elsa-Monet was delivered safely by the youngster, who attends Dordon Primary School, weighing 7lbs 8oz in the couple’s bedroom.

Tara, who is also mum to Ricky, ten, Lacey-Jane, two, and Rudey, one, added: “Its hard to find words to describe how proud I am. 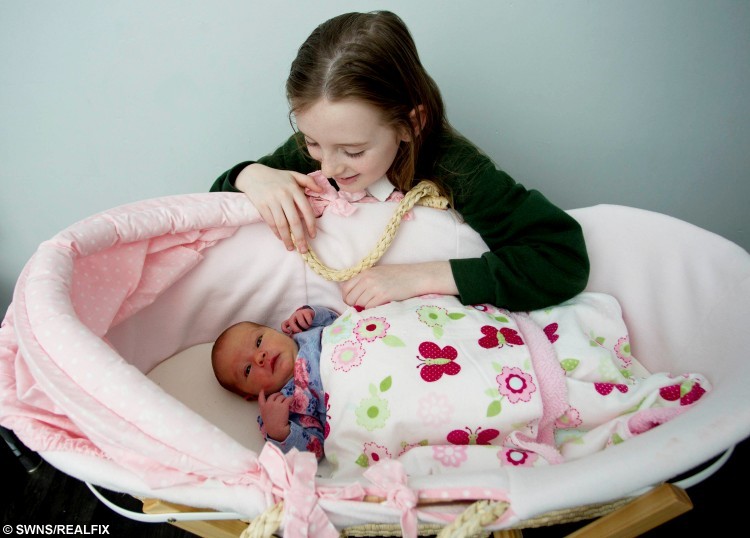 “She was just so calm and level-headed. She did everything they asked. She was fetching towels and wiping her clean.

“When she was born she wasn’t crying so actually rubbed her sister to stimulate her and it worked. She has done amazing.

“She knew what to do I think from watching an episode of One Born Every Minute. She saw it and said: “My goodness is that where babies come from?”

“I was a bit mortified. But I think it gave her a level of maturity that other kids might not have and it certainly helped. She knew that the baby was coming out of my tummy.

“I had managed to dial 999 but as I did so I had a really bad contraction so I threw the phone to Caitlin.

“From there on, she took charge.

“Daniel had gone to my sisters to take Rudey because the contractions were not far apart so we thought we had enough time. He left about 6.45am.

“By the time he got back he had a baby daughter. Caitlin did get a bit emotional afterwards and she said she was a bit scared but she did not show it one little bit.”

“They have such a close bond now as well. Caitlin keeps asking whether she can change her or feed her. She cannot do enough for her – she loves her so much.”

A spokesman for West Midlands Ambulance Service said: “Despite the unusual circumstances that Caitlin found herself in at such a young age she handled the delivery of a newborn extremely well indeed and should feel very proud.

“Her quick thinking by calling 999 resulted in her mother receiving professional emergency help from one of our call operators before an ambulance arrived.” 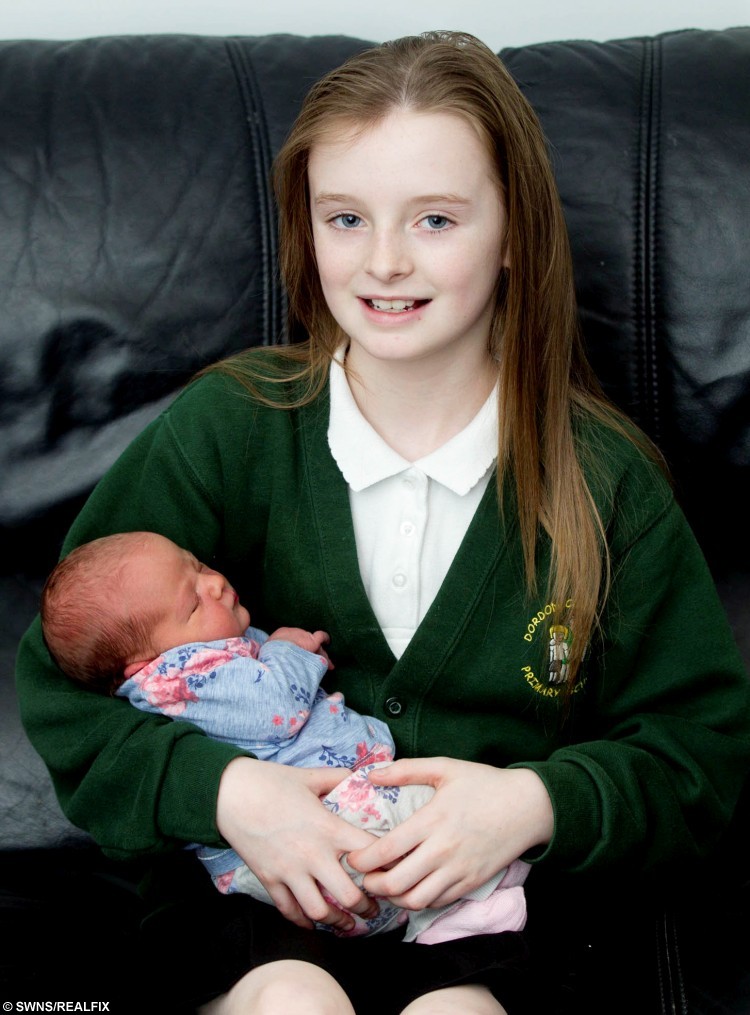 Well this is just ridiculous…