A brave five-year-old girl raises her thumbs for the camera minutes before she has a bone marrow transplant which her family hope will help her win her battle with leukaemia.

Mia Phipps was first diagnosed with cancer when she was 21-months-old but was given the all-clear last December after two-and-a-half years of treatment.

But earlier this summer her parents Mandy, 28, and Chris, 29, were given the devastating news that the disease had returned.

The family launched a desperate appeal in September to find a bone marrow donor in a heartbreaking bid to find a life-saving match.

And they were left delighted earlier this month when doctors told them a stranger who was a “10 out of 10” match had come forward – from Germany.

Her parents have now released an adorable picture of the brave youngster raising her thumbs for the camera minutes before she went into surgery.

They are now waiting at her bedside for confirmation from doctors that the procedure has been successful.

Today (Tue), Mandy, who lives in of Anstey Heights, Leics., said: “Thursday was a very long and difficult day for Mia.

“She had radiotherapy and chemotherapy for the four days before and then the transplant took six-and-a-half-hours.

“She did ever so well and we are both really proud of her.

“Since then she’s had a few days of sickness and her mouth and throat are really sore.

“These are just some of the side-effects of the chemotherapy and radiotherapy.

“Also she’s not eating or drinking, her temperature is high and she hasn’t been out of bed for the past few days.

“She has been hooked up to morphine for pain relief.

“The horrible thing is watching her being so poorly.

“We’d been told all along that she would have to get more poorly before she got better.

“As always we’re just taking each day as it comes in the hope her body will accept the bone marrow and get Mia back on the healthy path she deserves.”

The donor, who wants to remain anonymous, is understood to be a 30-year-old man from Germany.

He had the liquid bone marrow extracted last Tuesday (18/10) next week under general anaesthetic before it was flown to Sheffield for Mia’s transplant two days later.

The youngster now faces more radiotherapy and chemotherapy and will be kept in isolation in hospital for around six weeks.

Mia’s story has been read widely and shared on social media, with a number of people sending messages of support.

“Mia is so brave and the support for her and for us from friends and the public has been amazing.

“We’ve been showing her some of the messages we’ve received.

“Her favourites are the photos of people on holiday have sent us with messages of support written in sand on the beaches they are visiting.” 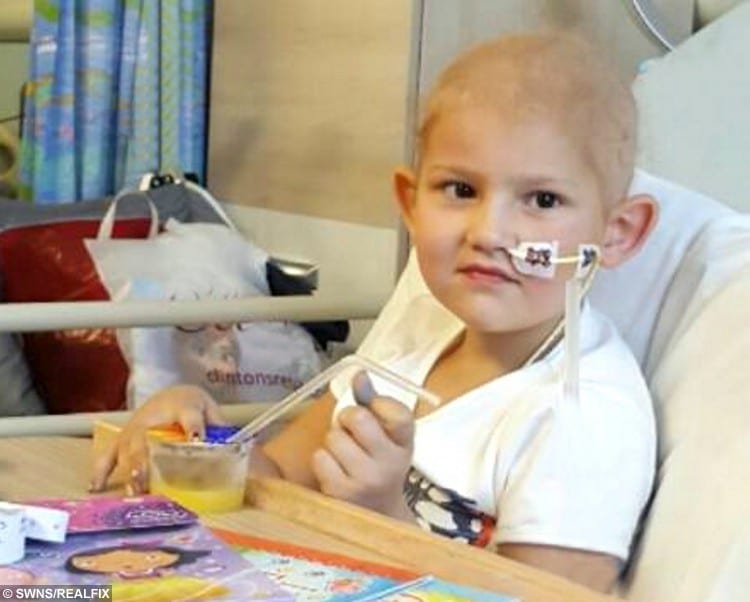 Mandy and Chris, a Leicestershire Police officer, have also launched a charity in their daughter’s name called Mia Moo’s Foundation.

The family want to raise at least £40,000 to pay for a static caravan on the East Coast that could be used by families in similar circumstances to their own.

They are also encouraging people to register as potential donors with blood cancer charity Antony Nolan, which maintains a national database of donors.

Chris said: “We would really like to encourage more people to come forward and sign up to the donor register.

“We want to raise awareness of the need for bone marrow donors and also stress how easy it is to help someone like Mia.”