FILE PICTURE - Cerys Edwards when aged 3, with her mum Tracey. Cerys Edwards, the little girl left with catastrophic injuries after a speeding driver hit her parentsÃ car in 2006, has died in hospital. See NTI story NTICERYS. Her devastated dad Gareth has now paid tribute to the bravery of his nine-year-old daughter - whose smile Ãwould melt the hearts of anyoneÃ. The tragic youngster had just celebrated her first birthday when her family car was hit head-on by millionaireÃs son Antonio Boparan, in November 2006. The massive impact left Cerys paralysed, unable to speak, permanently dependent on a ventilator and requiring round-the-clock care. Cerys, who would have been 10 next month, died on Saturday evening at Birmingham ChildrenÃs Hospital. Over the years she had endured dozens of major operations. Builder Gareth, from Sutton Coldfield, described her as a Ãhappy little girl who will be missed by all who knew her.Ã

The father of a girl who died nine years after a multimillionaire’s son left her paralysed and brain damaged following a horror car crash is calling for him to be charged over her death.

Antonio Boparan, 28, left one-year-old Cerys Edwards with devastating injuries after he ploughed his Range Rover Sport into the family’s Jeep while overtaking at 70mph in a 30mph zone in November 2006.

Cerys, who had just celebrated her first birthday, was thrown from her baby seat and broke her spine in the crash leaving her paralysed and needing round-the-clock care.

She was left unable to speak, needing round-the-clock care and permanently dependent on a ventilator.

She endured dozens of major operations over the following years but tragically died at Birmingham Children’s Hospital on Saturday 17 October night.

Boparan – heir to a £130 million chicken fortune – was found guilty of dangerous driving in April 2008 but was released just six months into his 21 month sentence.

Cerys’ grieving dad Gareth Edwards, 50, has paid tribute to Cerys, who would have been ten next month, and said her smile “would melt the hearts of anyone”.

The builder is also calling for new charges to be brought against Boparan so he can “serve a proper sentence”.

Gareth, from Sutton Coldfield, West Mids., said: “Given her injuries, she never complained and was a joy to be with. She was a very happy child who loved life.

“She was a very happy little girl whose cheeky smile would melt the heart of anyone present.”

“She loved listening to music and watching DVDs. She enjoyed going shopping, visiting the cinema and family holidays in Wales.

“She loved people singing and reading to her. She enjoyed school and made lots of friends who will all miss her.

“At the first court case I think the Judge said if Cerys died they would be looking at death by dangerous driving in the future.

“He only served six months and Cerys has lost her life.

“She was left on a ventilator after the crash, she caught a virus and that has killed her. She wouldn’t have been in that position if it wasn’t for the crash.

“He is scum. I will leave it to the police but I would like to see him face new charges. In my mind, that would be only right and proper.”

Cerys was awarded £5million compensation in 2012, along with a guaranteed annual payout of £450,000 to help pay for her annual care bill.

At the time Judge Martin McKenna, sitting at Birmingham County Court, described it as the “saddest and most tragic case” he had ever come across.

Paying tribute to Cerys yesterday, dad Gareth added: “She was very much a people person and enjoyed company.

“She was very nosey and always listened to other people’s conversations even when it didn’t concern her.

“She would always watch what you were doing and would follow you around the room with her eyes. She didn’t miss a trick.

“She is and will be sadly missed by all who knew her, especially her dad.”

Boparan, from Little Aston, West Mids., was just 19 when he caused Cerys’ injuries while speeding in his powerful £57,000 Range Rover in Sutton Coldfield.

The Edwards family were returning home from delivering Christmas presents when the millionaire’s son crashed into them after driving on the wrong side of the road on the evening of November 11, 2006.

He could have faced 14 years in prison if Cerys had died but instead served just six months in prison.

The outrage over the sentence sparked a national outrage and a campaign was launched demanding Government action.

More than 13,000 campaigners supported tougher sentences and a petition was also delivered to Westminster by Cerys’s parents in July 2009.

Labour’s former Justice Minister Jack Straw called the Edwards family himself to give them the news about what became known as ‘Cerys’s Law’.

As a result of the changes anyone convicted of causing serious injury by dangerous driving now faces up to five years in prison instead of the previous maximum of two.

The Range Rover Boparan was driving in 2006 was owned by his wealthy parents, Ranjit and Baljinder Boparan, who run the 2 Sisters Food Group – the third largest food company in the UK by turnover with an annual revenue of £3.4billion.

His family went on to set up the Boparan Charitable Trust in 2009, which is fronted by Boparan and his mother.

But Boparan was jailed again earlier this year for his involvement in a bar brawl which left one victim blind.

He pleaded guilty to violent disorder and inflicting actual bodily harm after the incident in the VIP room of the swanky Nuvo Bar in Birmingham on April 6 last year.

Boparan was jailed for 12 months on March 20 after the court heard he threw one victim to the floor and kicked him in the head. 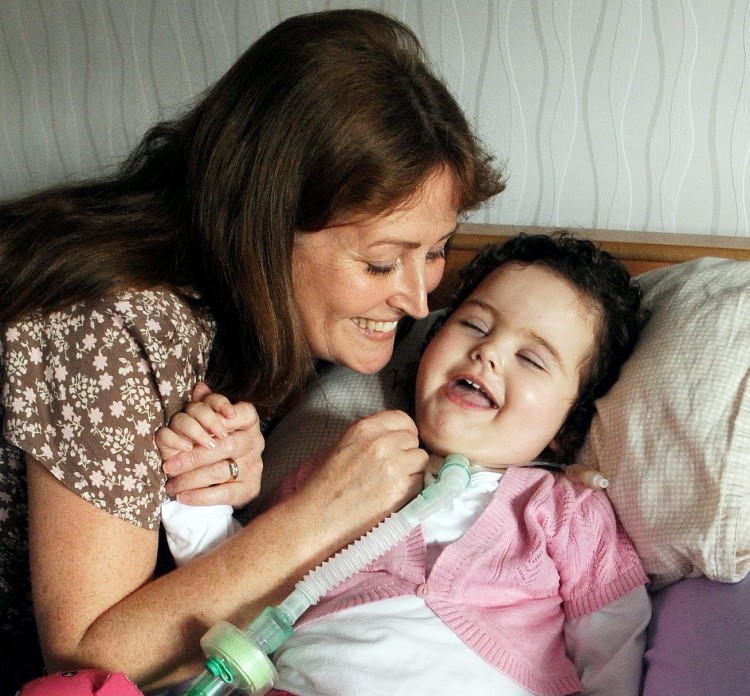 In a statement, they added: “Antonio remains deeply remorseful of his actions as a teenager nine years ago and their tragic consequences.

“No words can appropriately convey the extent of his sorrow and regret at hearing this terrible news today.

“He sends his heartfelt condolences to Cerys’ family at this extremely difficult time.”

A West Midlands Crown Prosecution Service spokesman said: “Before the Crown Prosecution Service can review this matter, the police will need to provide a further file of evidence in relation to the tragic death of Cerys Edwards in order for us to consider making a charging decision on the more serious charge of causing death by dangerous driving.”

Mum slips into life-threatening coma after catching a COLD

Mum drops eight dress sizes in time for her wedding by walking to Rome! (sort of..)

Mum drops eight dress sizes in time for her wedding by walking to Rome! (sort of..)