An adorable five-year-old lad on the organ waiting list who dreams of becoming an astronaut is ready for takeoff – after his grandad built him an epic ROCKET SHIP bed.

Passionate Patrick Askham was bed-bound in hospital when SpaceX launched in late May and the little lad was left completely amazed.

He was glued to the TV screen as the spaceship soared into the atmosphere and he decided to change course in his life and was determined to become an astronaut.

Following the launch he asked grandad Garry Wilson, 55, if he could have a rocket ship bed. 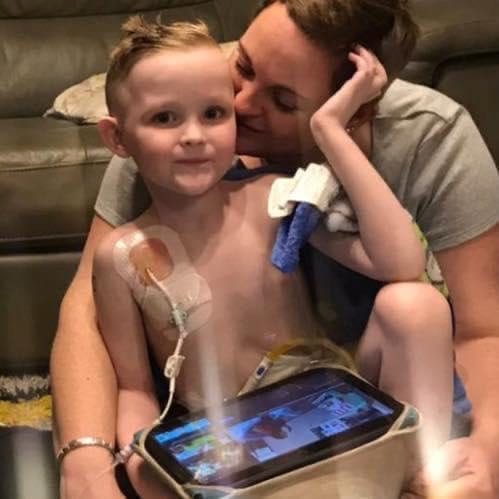 The space-bound boy was given the wonderful surprise on Friday evening (May 26) after he was told to put on his space suit if he wanted to embark on a journey into outer space.

The “space ship” features a bed, a slide, a command centre and the words “Captain Patrick Askham” painted above it.

He has since yet to take off his suit and has been journeying through infinite adventures in his brand new spacecraft.

Playful Patrick said: “It’s awesome I love it so much.

“It has a slide and a command centre and I can go on adventures in space now. I have seen so many massive super aliens already.

“It’s the best thing ever and I can go into space whenever I want.” 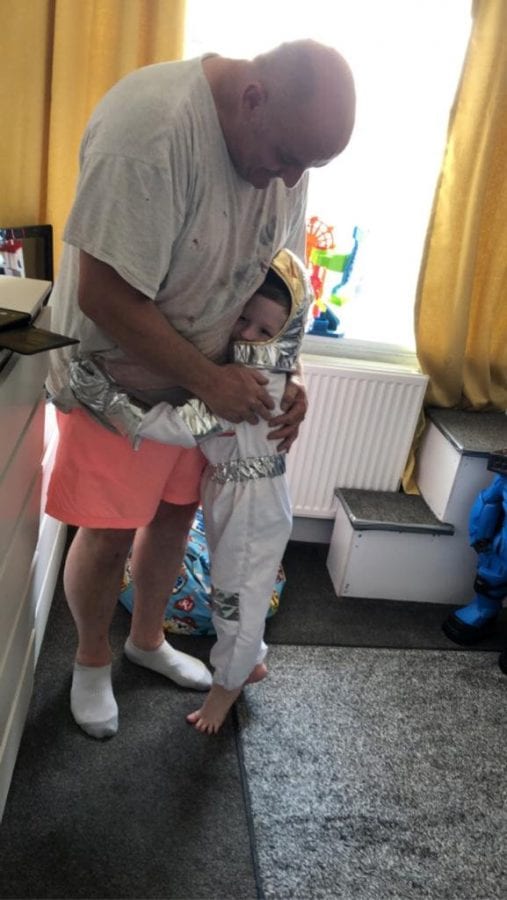 Patrick was born with an illness called gastroschisis – a condition where the bowels and other organs are on the outside of the body.

But that hasn’t deterred his dreams to shoot for the stars.

The little lad said: “I want to become an astronaut and visit all of the planets in the universe.”

Unfortunately, Patrick’s bowels were so matted at birth that once they were placed back they had to be removed just weeks later.

The brave boy battled through countless hospital appointments and surgeries despite his young age.

Due to his extremely short bowel, Patrick’s own remaining nine centimetre bowel is unable to absorb any nutrients so he is artificially fed via a broviac line which goes directly into his heart.

Patrick was placed on the donor registry for a bowel transplant in 2018 and by Christmas that year he received his first gift of life. 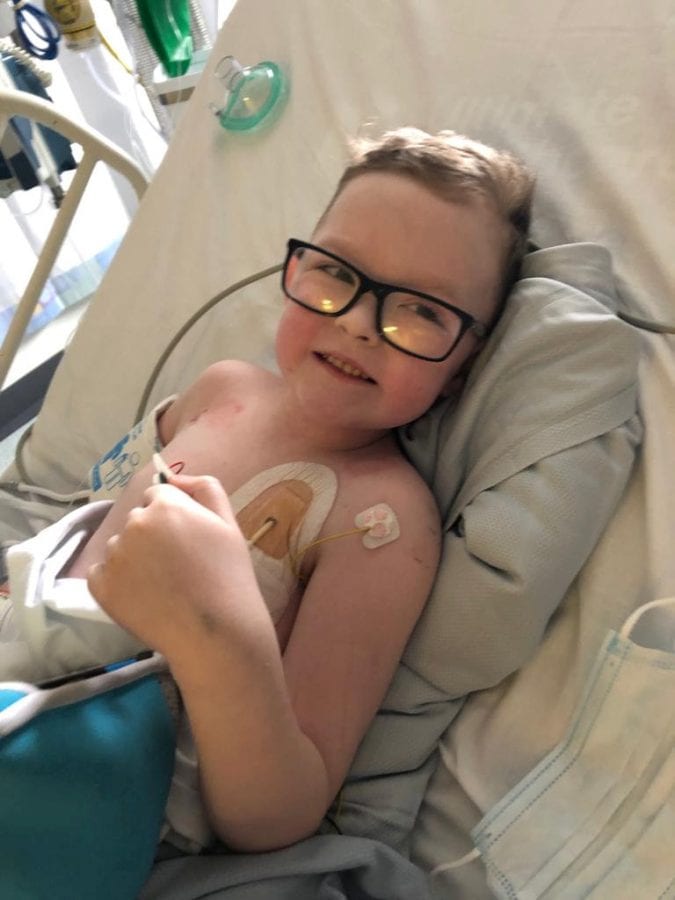 He has now been left with no bowel due to his advanced condition.

But mum Michelle, 34, said despite being poorly Patrick is just a kid who has dreams and wants to play.

“He has all these wonderful dreams but he’s life limited, so when he tells us about growing up and doing all sorts we get really emotional.

“As parents all we want to do is to make sure all of his dreams come true.”

Grandad Garry immediately got to work and spent a couple of hours each day in between work building the incredible bed.

He spent just £250 buying wood and paint to complete it. 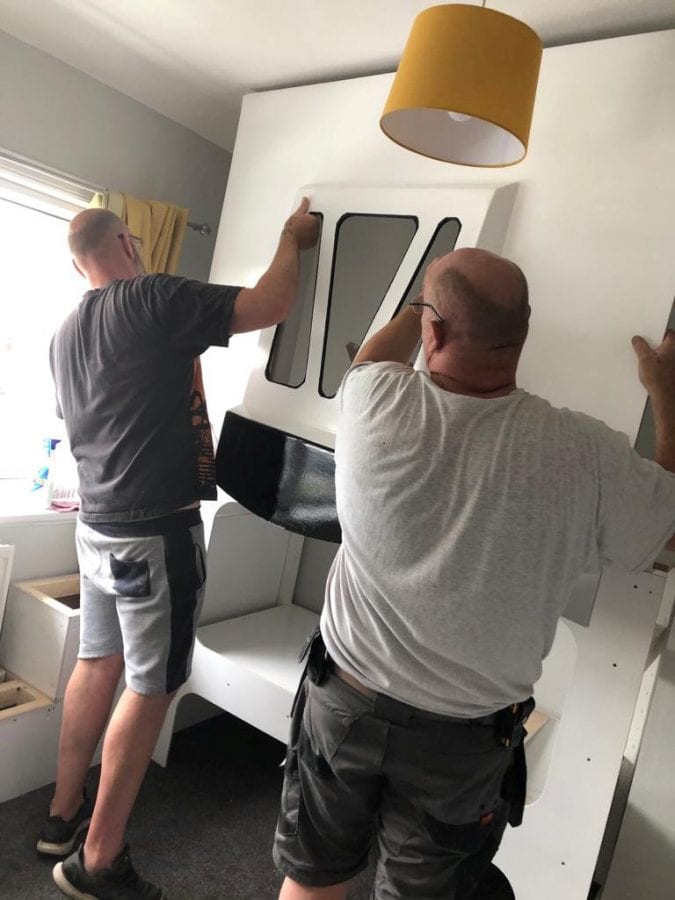 The family initially thought they’d just prop bunk beds and paint a rocket ship but grandad Garry went “above and beyond”.

Michelle added: “Patrick loved it so much he hasn’t taken his space suit off yet and he keeps going on adventures in outer space.

“We kept it all from him so it was a massive surprise.

“And on the day of the surprise we told him he needed to get into proper attire to be able to embark into space.

“I cried so much because he just looked so happy and he really looked like he was ready to go to space.

“He spends so much time in the hospital and the rest of it at home so when he’s here we want to give him everything we can.

“We try to do nice things for him because he can’t go on slides in the park like other kids because he’d be in danger.

“As much as he’s poorly he’s also just a normal boy who has dreams and wants to play.” 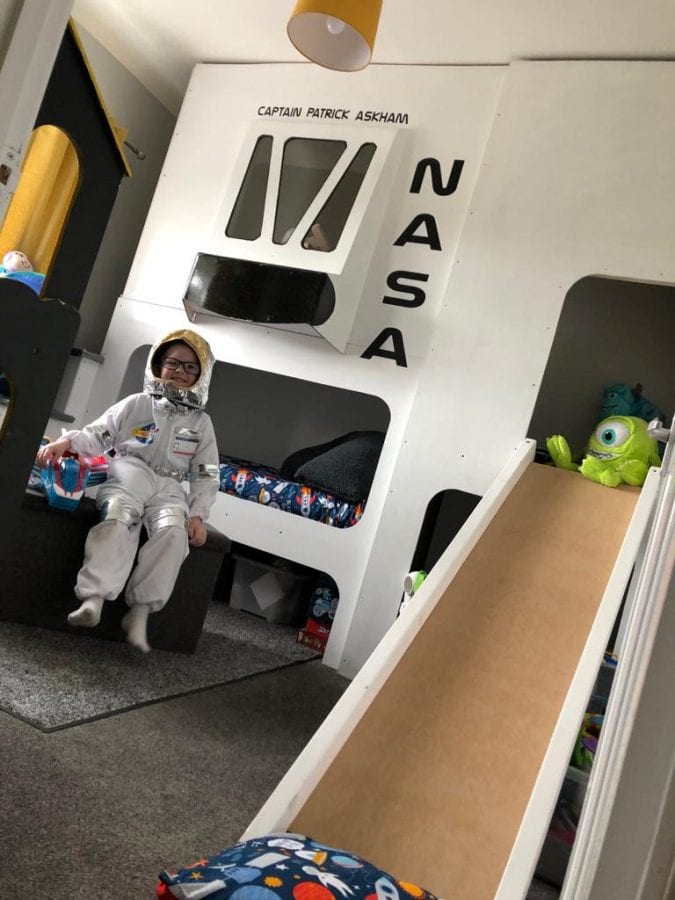 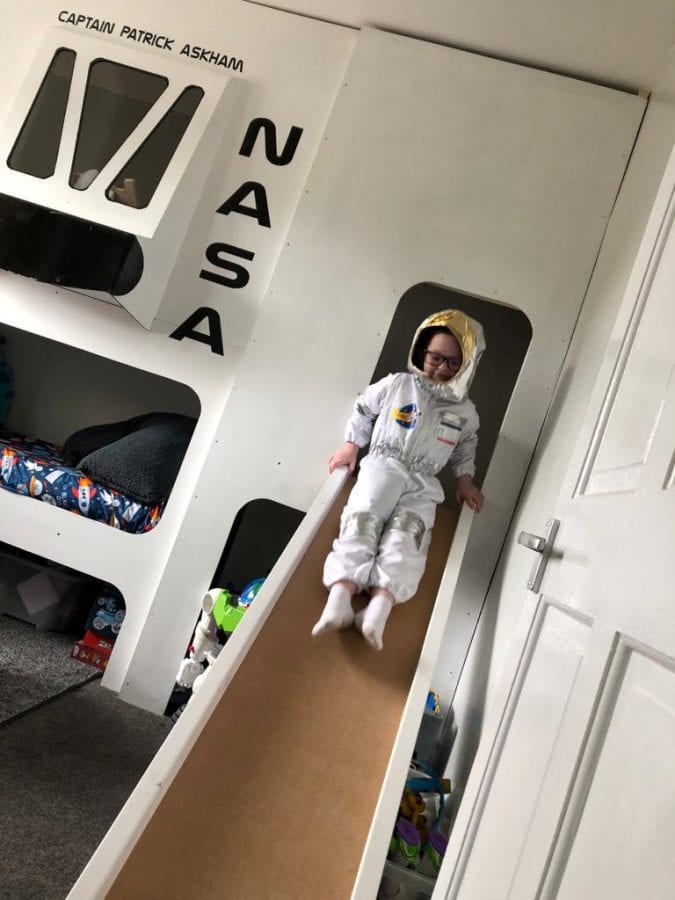 Sadly parks and playgrounds aren’t safe for Patrick as he has many tubes and bags tucked under his clothes which keep him alive.

The mum-of-three said: “He’s got wires, tubes and bags underneath his clothes which mean he can’t really go in a park and play because it could get stuck.

“So to make something like that at home where he can be a kid it’s just amazing.

“He hasn’t stopped telling me he’s going on an adventure and he’s so excited – it makes me so happy.”