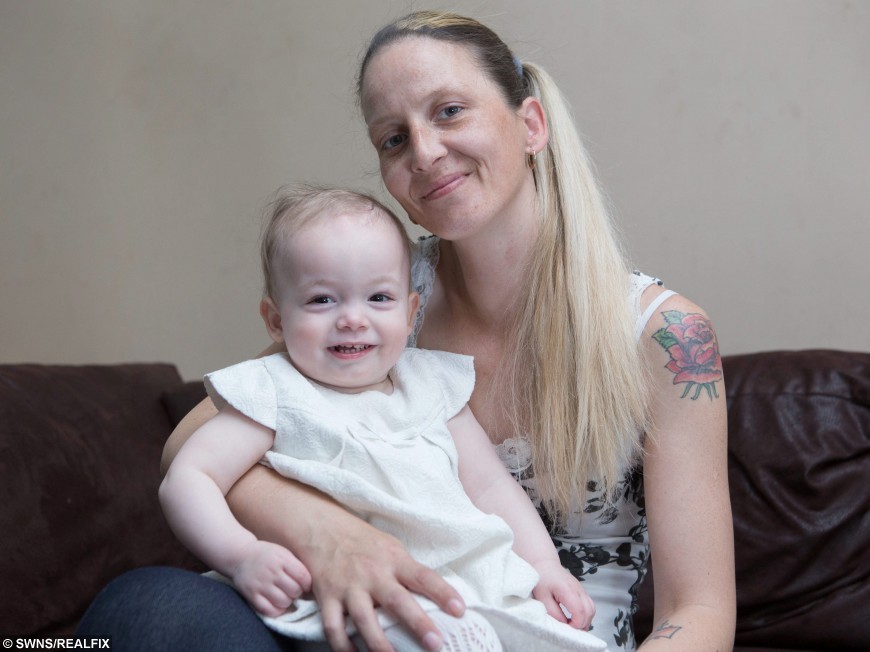 A full-time mum is fed up with people asking when she’s due after her fourth and final child left her with a permanent BABY BUMP. 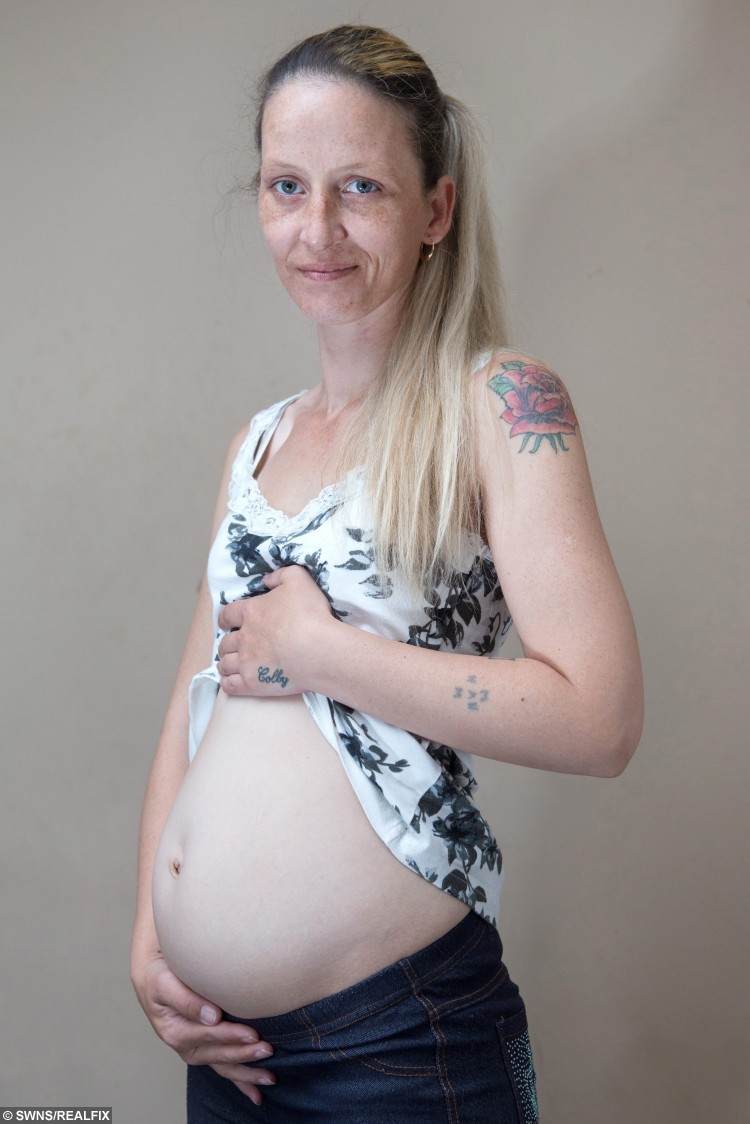 Nina is often mistaken for being pregnant

Mum Nina Mulhall has spent the last 18 months looking nine months pregnant, after complications arousing from a Caesarean left her with a full-time baby bump.

Every time Nina gave birth, her slender frame snapped back to her normal size 8 to 10.

But after giving birth to Isla in February two years ago, she has been unable to regain her former shape – and now lives her life looking permanently pregnant.

“I’m sick to my back teeth of it – but it does make me proud of being a mum.” 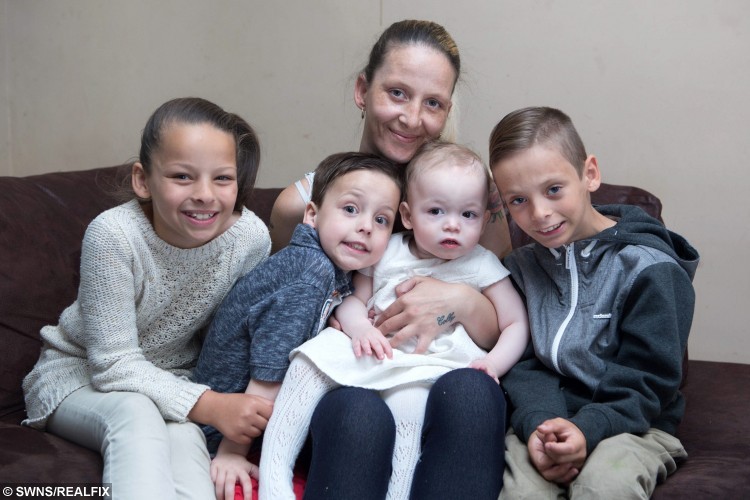 Nina with her children at home in Grimsby

Nina gets dirty looks every time she goes out for a drink with carer partner Phillip Keetley, 32, because strangers think she’s boozing with a baby on board.

The pretty woman is forced to live in maternity clothes, despite having a sterilisation, because her tummy has failed to return to its normal size – because her womb is filled with fluid. 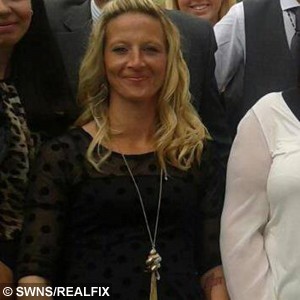 Before her last pregnancy Nina always pinged back into shape

Doctors have given the mum several internal scans and still aren’t sure of the cause or treatment.

She said: “Today I look as pregnant as I did when Isla was due.

“It’s ridiculous. You have to laugh really.

“I know I can’t have any more kids, but I still end up buying pregnancy tests just to check.”

“I have four amazing children whom I love and I don’t regret my mum-tum, in-fact I’m sort of proud of it.

“But sometimes the pain and size the bump goes makes me think that I’m pregnant again, even though I’m sterilized.”

Nina reckons celebrity mums who snap back into shape weeks after giving birth should take her story as a cautionary tale.

She said: “With my three other kids, I was fine and back in my normal jeans within days – just like people like the Duchess of Cambridge seem to do.

“People must think this is the longest pregnancy on record, because I’ve basically looked pregnant for two years.

“At least I always get a seat on the bus.”

« Previous post Lusting after celebrity eyebrows? This will make you think again!
Next article » Simples! Orphaned baby meerkats find themselves a new mum to cuddle