by RealFix
in Cute, Health
0

Ruby Young is the new face of the Christmas campaign by charity Solving KidsÃ Cancer (formerly the NCCA UK). A brave three-year-old cancer sufferer is the new face of a national Christmas campaign. See MASONS story MNBRAVE. Little Ruby Young has been battling against aggressive neuroblastoma after falling ill following her second birthday. In less than a year the generous public have raised Ã500,000 to help her family afford potentially life-saving treatment. But now the youngster, who will be spending Christmas in hospital, is the face of Solving Kids' Cancer as it appeals for donations to help others like Ruby. Mum Vikki, of Rainham, Kent, said: "It's so lovely. I got the call just as Ruby was about to be admitted back into hospital so I quickly ran around London to find a Christmas hat for the picture.Ã

A brave three-year-old cancer sufferer is the new face of a national Christmas campaign aimed at raising funds for other sick children.

Little Ruby Young was given a 45 per cent chance of survival after contracting a rare and aggressive cancer.

She has been battling against aggressive neuroblastoma after falling ill following her second birthday.

The rare cancer affects around 100 children each year in the UK but it is one of the leading causes of death among children under five.

In less than a year the generous public raised £500,000 to help her family afford potentially life-saving treatment in the states.

But now the youngster, who will be spending Christmas in hospital, is the face of Solving Kids’ Cancer as it appeals for donations to help others like Ruby. 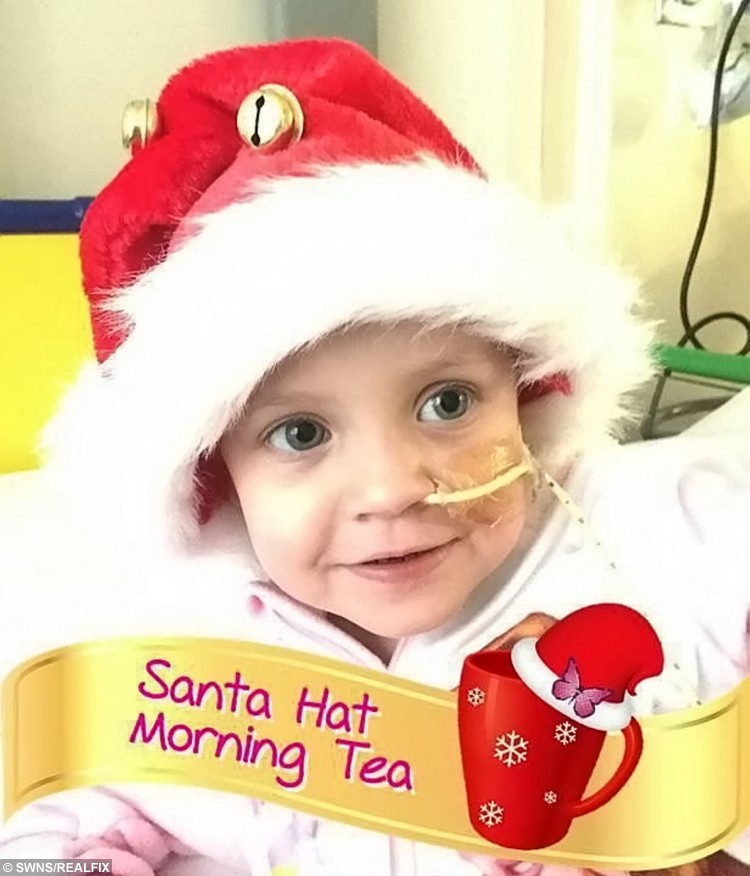 The Santa Hat morning tea campaign will see Ruby’s face on posters where the public are asked to register online to receive a fundraising pack.

Cash raised will go towards supporting families who are affected by high-risk childhood cancers and to fund innovative research into neuroblastoma.

Mum Vikki, of Rainham, Kent, said: “I got the call just as Ruby was about to be admitted back into hospital so I quickly ran around London to find a Christmas hat for the picture.

“Ruby asked if it was to help get money for her but I told her we had that now and this was for others.

“She just said ‘I want to raise money for other poorly children’, it was so lovely.”

Ruby is still undergoing treatment on the NHS to try and rid her body of the cancerous cells.

There is then an 80 per cent chance she will relapse within five years and at that point the NHS will not offer further treatment.

So parents Rob and Vikki raised the cash for Ruby to go to America for an expensive drug trial which isn’t available on the NHS.

In the past year she has even undergone surgery and lost a kidney in an effort to beat the cancer which had spread across her organs. 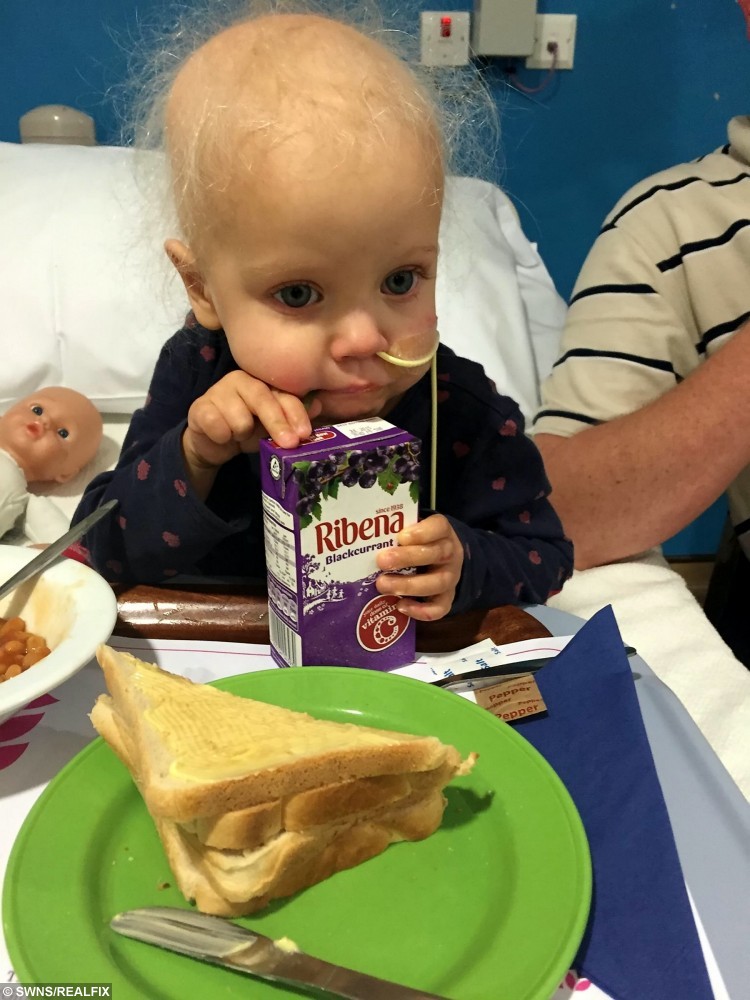 After an unsuccessful round of chemotherapy earlier this year, she is now on a new trial treatment at Great Ormond Street Hospital.

Little is known about it, including the long-term effects, as it has only been used for two years.

Ruby is having a continuous infusion of antibodies for 10 days which will try and teach her body to fight the cancerous cells.

She will then rest at home for three weeks and the process will be repeated six times.

After two cycles she is due a scan to see how well it is working.

Vikki added: “I don’t know what to expect really. I just want it gone.”

“Her cancer is much more aggressive than other children’s, most of them would have been in remission after all this treatment.”

Ruby has been well lately and hasn’t had any chemo since July but she still has her Hickman line which is a central venous catheter use to administer medication.

Vikki said: “We call her Hickman line ‘Wigglies’, and when she is given treatment and medicine, we say ‘Wigglies needs a drink, so it might hurt a bit’.

“She said ‘it always hurts when Wigglies needs a drink’. It was so sad.

“But this is not as bad as other treatments, especially chemo, and they are giving her morphine for the pain.” 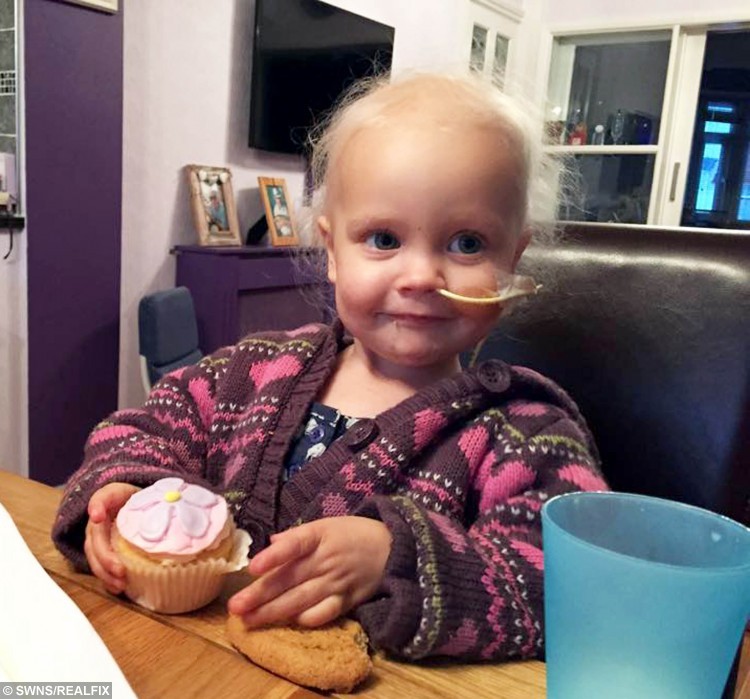 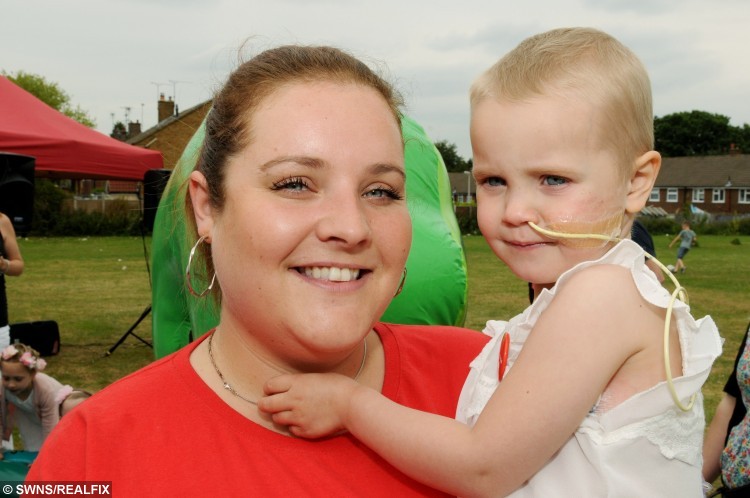 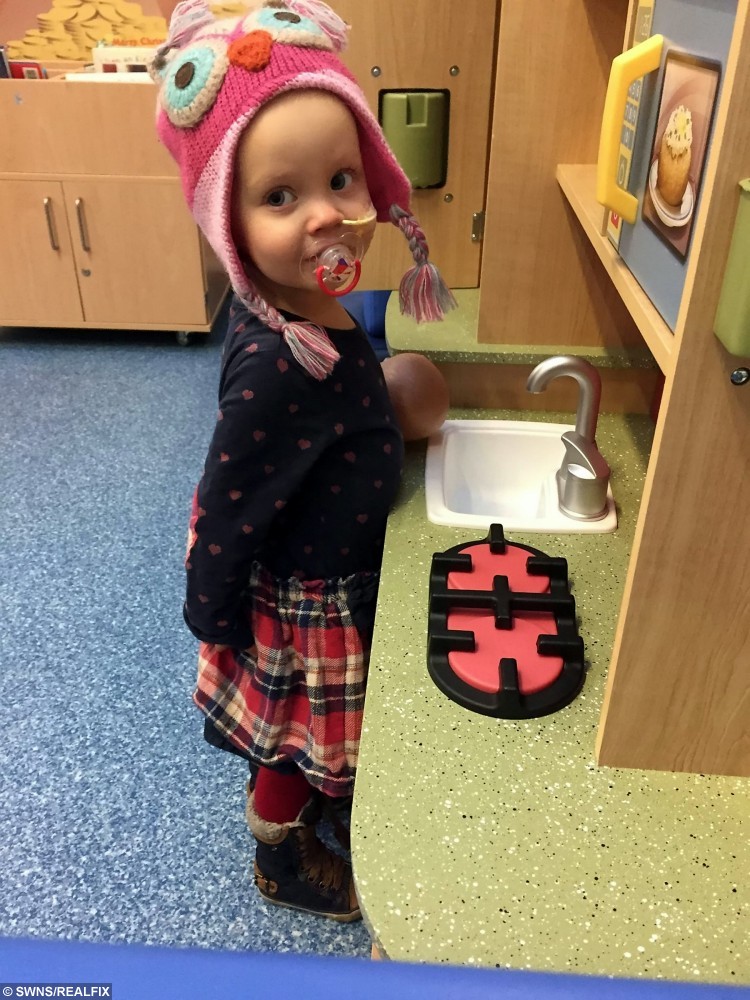 Rob and Vikki are planning to spend Christmas Day in hospital with Ruby’s older brother Freddy.

Vikki added: “I couldn’t be without either of my children at Christmas.

“We will probably have another Christmas Day at home afterwards as well when Ruby is feeling better.”

The campaign begins December 8 and the pack is filled with Santa hats, recipe ideas, promotional materials and a donation box.

Jessica Demuth, Communications Manager at Solving Kids Cancer says: “In the spirit of Christmas, we want to put a smile on kids’ faces so we’re asking those who take part to send us a Santa Hat selfie.

“Get everyone who can to squeeze into the shot and we’ll let kids like Ruby see them – showing your support for their brave battle with the disease.” 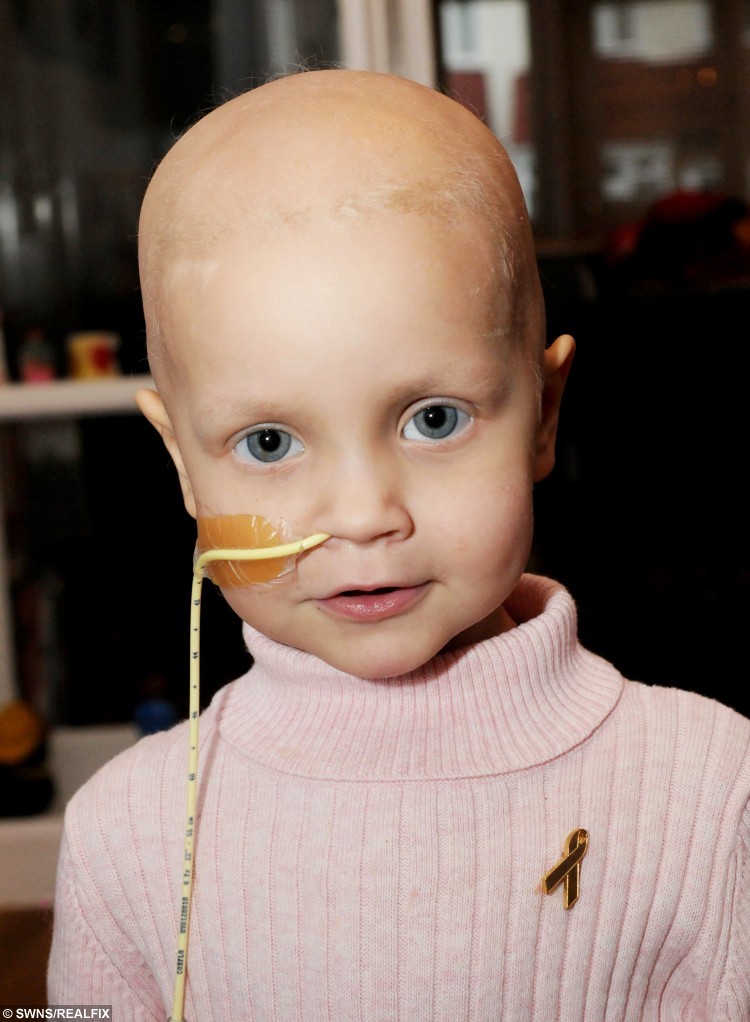