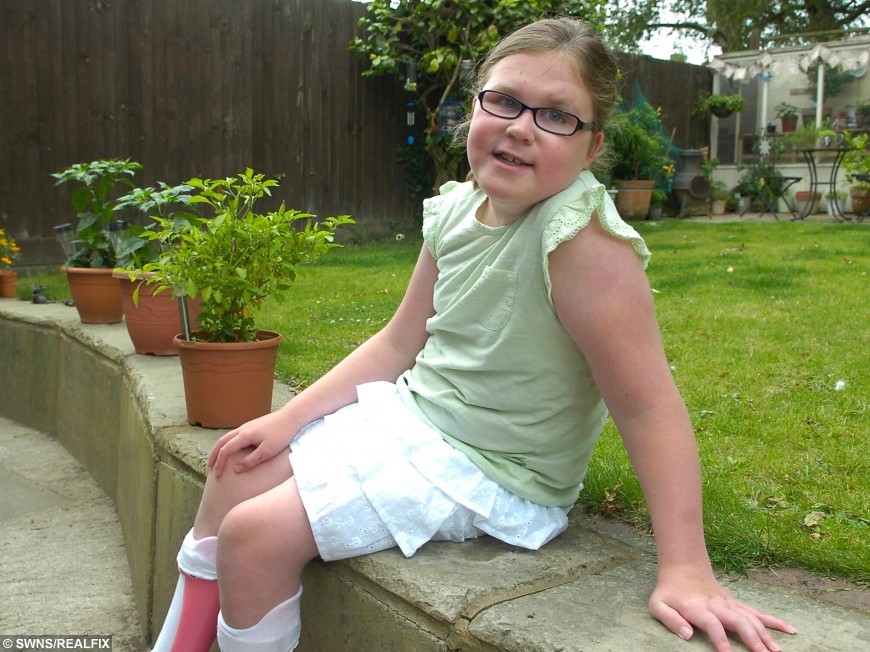 Britain’s toughest schoolgirl who has battled against a brain tumour since birth is now recovering from having both her feet broken – because chemotherapy buckled her LEGS.

Nine-year-old Milly Vaughan has been fighting cancer since birth, but not even having both legs in plaster has stopped the schoolgirl from smiling. 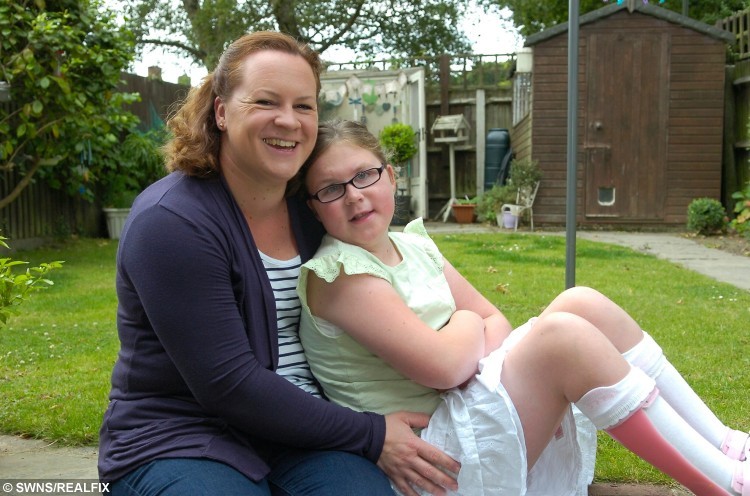 Millie has battled against a brain tumour since birth

The courageous youngster was born with a cancerous tumour on her brain, which doctors have been unable to remove due to its dangerous position.

Chemotherapy she underwent as a baby caused her to legs to become misshapen due to nerve damage, which caused her agony while walking as her feet were turning out.

Milly, from Crawley, West Sussex, has spent the last seven weeks with her legs in plaster – and faces a further two months in leg splints – after medics broke bones in both her feet in a bid to correct her stride.

Milly’s mum Emma, 36, says her daughter is remaining typically positive about not being able to take part in some things at school.

Emma said: “She can run a little bit but only for very short distances.

“She quite likes the fact she doesn’t have to take part in PE, though. Instead she helps teachers with the scoring.”

In her short life, the St Margaret’s C of E primary pupil has been forced to endure chemotherapy, a pioneering treatment called proton therapy in the USA, and an operation to remove a cyst which developed on the tumour.

She has had countless injections, been electrocuted, and found out that three further cysts had grown on the tumour.

A scan earlier this year has shown one of the cysts has grown and will now be monitored to see its affects.

Emma said: “The general consensus was just to leave it be all the while she is not getting any symptoms or any problems but if she starts to develop more regular headaches or her behaviour worsens (as it did before) they may have to operate.

“As usual it’s just a case of waiting and monitoring how she is doing.” 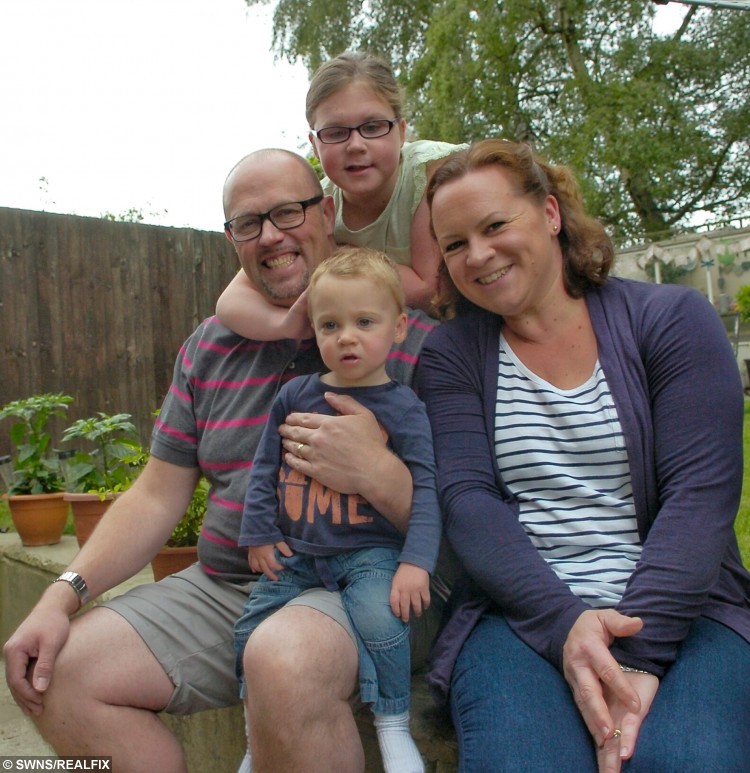 Millie with her parents and brother Jackson

Emma and husband Paul are getting a psychologist to assess Milly and see what can be done to help manage her behaviour, which can be erratic thanks to the tumour.

The Crawley Child Development Centre at Crawley Hospital is also helping with this.

They have had difficulty in attributing her occasional bad behaviour to anything in particular.

Emma said: “We think she may have attention deficit so it could be down to that.

“There have been so many hormone deficiency problems as well, so it could be this, or it could be tiredness from the tumour. There are so many factors.

“We’re so proud of her though – she’s so strong I reckon she must be Britain’s toughest schoolgirl.”

« Previous post Bertha the paralysed bunny given second chance to move around again thanks to personalised bunny mobile
Next article » Love me do! Beatles fans give their wedding guests a mysterious Ticket to Ride