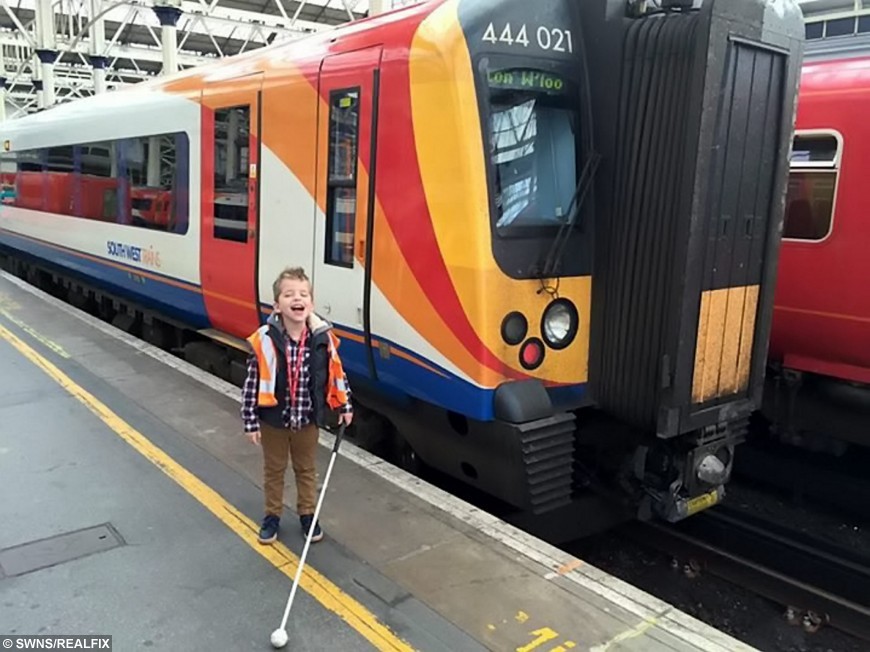 A seven-year-old lad who is blind in both eyes and has incurable brain tumours has had a dream come true – by helping to drive a TRAIN. 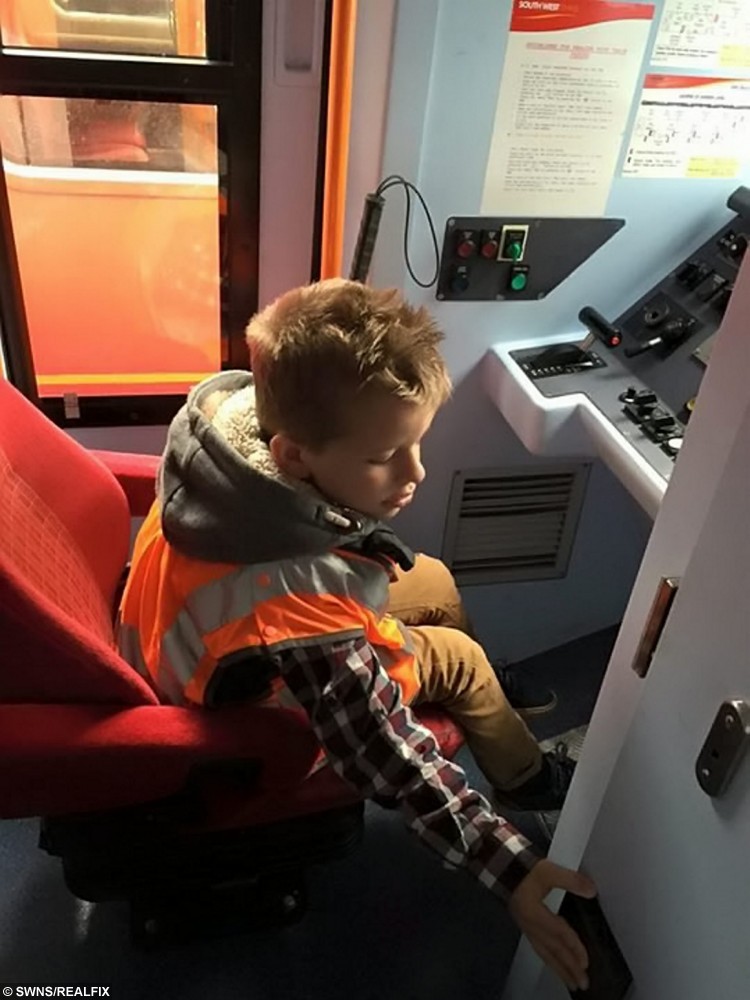 Malachi on his dream day

Brave Malachi Tyler suffers from rare genetic disorder neurofibromatosis, which causes tumours to grow on his nerves, and has received chemotherapy since he was 12 months old.

But courageous Malachi, from Tunbridge Wells, Kent, ticked another wish off his bucket list when South West Trains allowed him in the driver’s seat.

The boy who has two brain tumours and suffers from epilepsy helped driver Mark Wigzell on the 1105 “Malachi Express” from London Waterloo to Basingstoke, Hampshire. 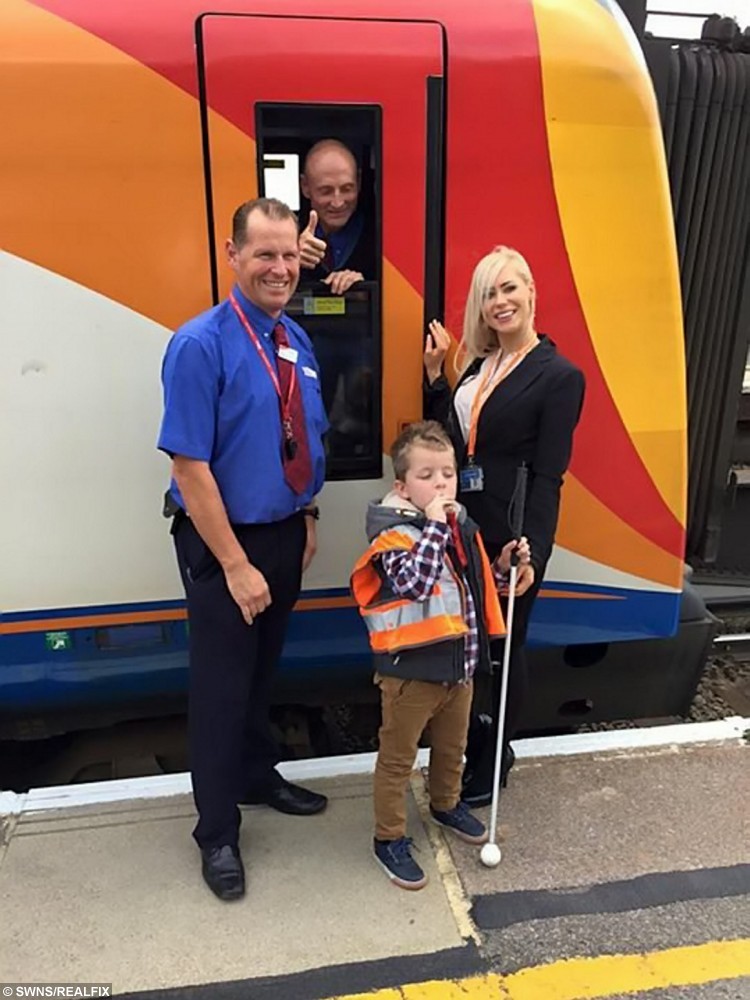 Malachi was given the VIP treatment

Malachi said: “I liked it because it was fun, I liked that we got to go on the train, beep the horn, drive the simulators and learning at the training school.”

He was also taken with dad-of-five Graham Tyler, 52, to see the control room and given a go on the train simulator.

Mum Emma, 43, said: “He just loves trains, especially the sound of them so they allowed him to sound the horn as it went along.

“He really enjoyed it, it was fantastic. He got to help drive the train from Waterloo to Basingstoke and they called it the Malachi Express.

“He got a badge with his name on it saying he was a train driver too.” 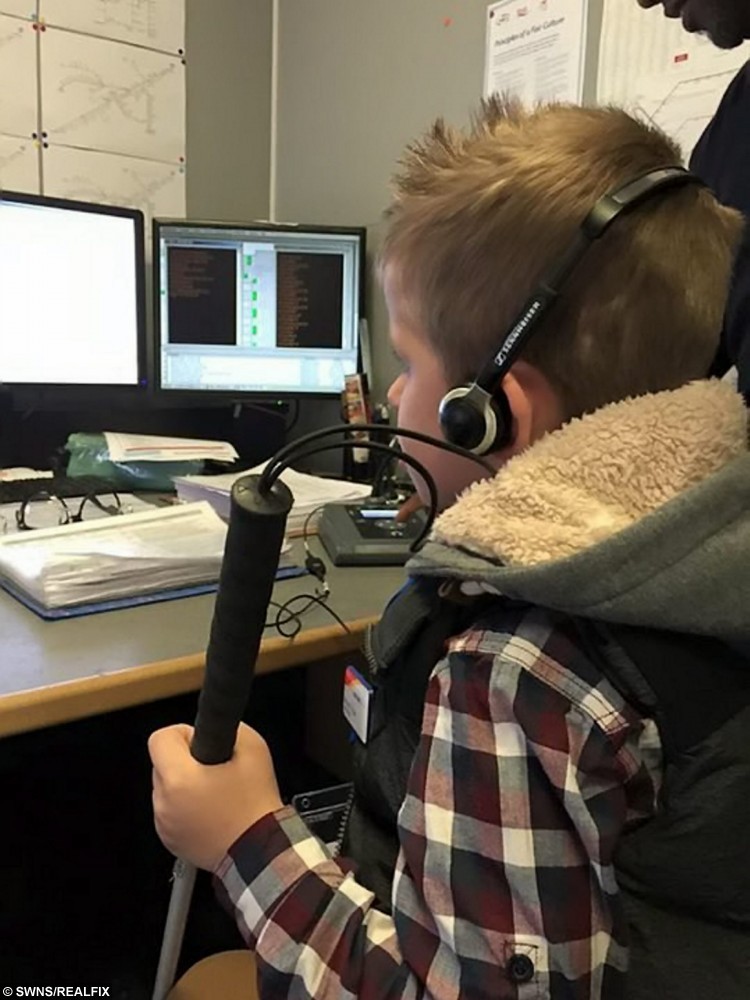 It was a dream day for the little boy

The train operators were contacted by officers in Kingston, south London, after police allowed him to join their ranks when he took part in a passing out parade.

Siobahn Neligan, customer experience manager for South West Trains, said: “When Malachi’s story reached me, I just knew we had to help.

“Malachi is a delightful young man, full of fun and excitement and incredibly brave. We arranged, what we hoped would be an exciting day that he will never forget.

“We would encourage any other companies who hear about Malachi’s bucket list to see what they too can do to make this young man’s wishes come true.”

Malachi’s tumours are inoperable but his full-time carers parents say his condition his stable and he was able to start junior school on Monday.

It is hoped that chemotherapy may eventually halt the growth of the tumours, that took his eyesight shortly before his second birthday. 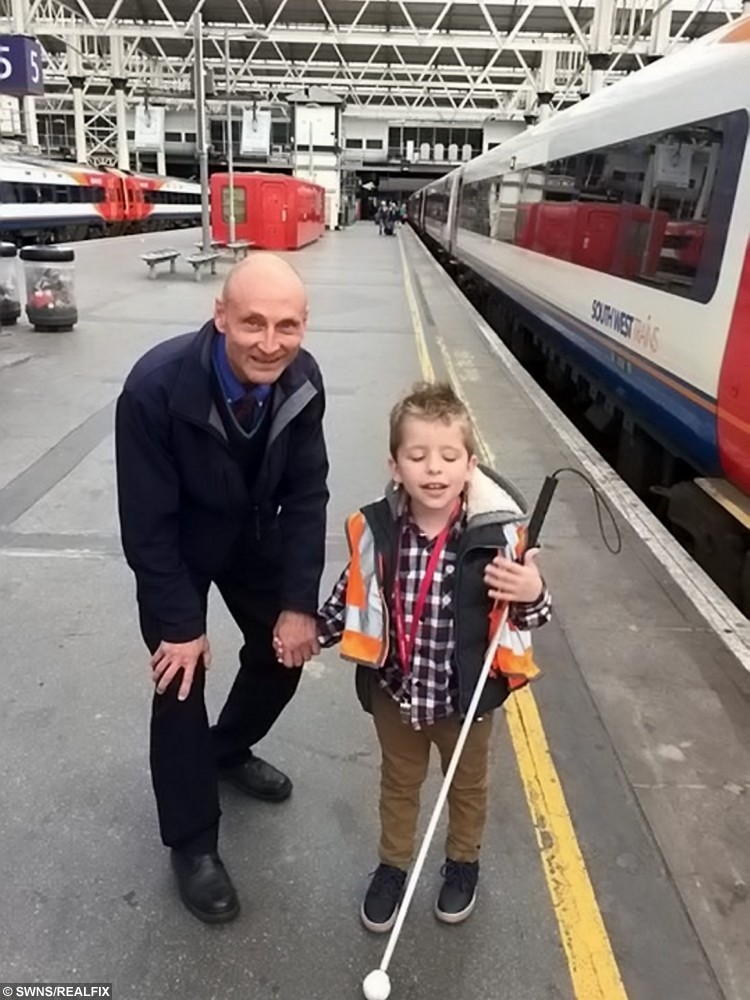 « Previous post BIG change for a special reason. We never thought he could look like this!
Next article » Puppy born with deformed front paws gets around like a T-Rex!