These brave WI members stripped off for a swimwear photoshoot – despite being aged up to their 80s.

Twelve brave members of the Women’s Institute branch in Totnes, Devon, flashed the flesh in the grounds of a country estate.

They even bared all for a cheeky naked shot of their bare backsides as they relaxed in a walled garden at Sharpham Trust Estate in Devon.

The group, aged between their 50s and 80s, was invited to become swimwear models for the day by swim and beachwear designers Sandstorm Luxury.

They protected their modesty behind umbrellas but in other shots they are pictured running through the grounds in nothing but swimming costumes and wellie boots. 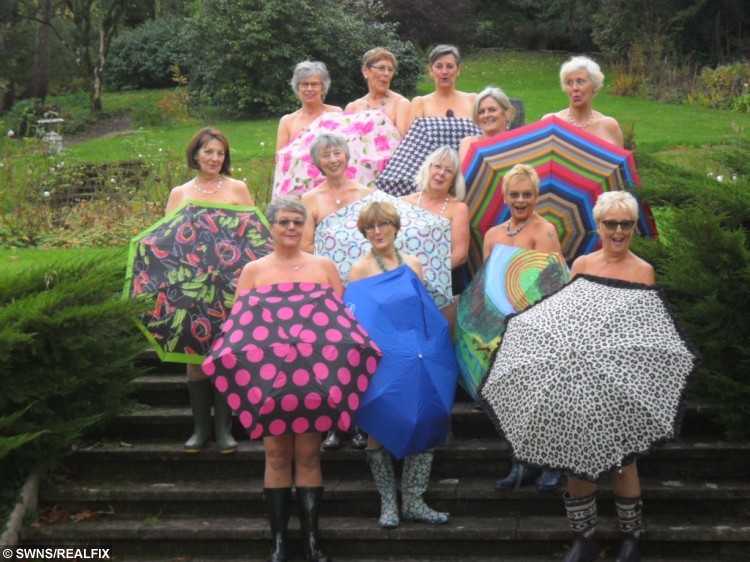 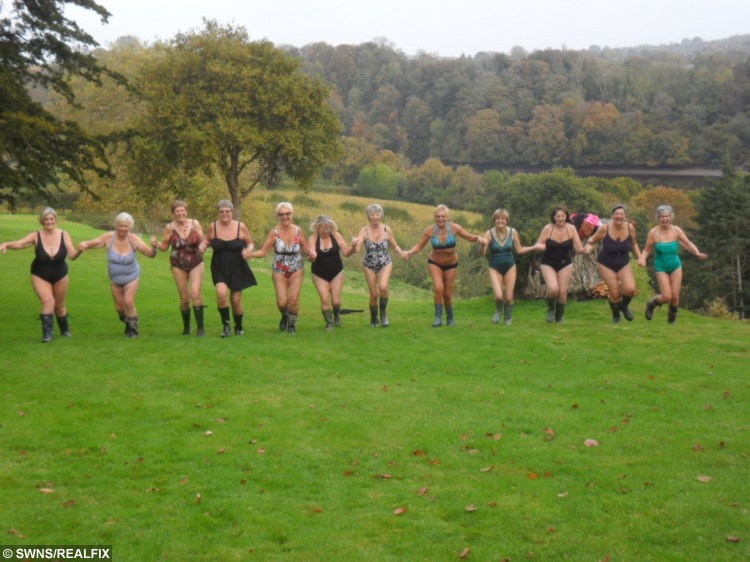 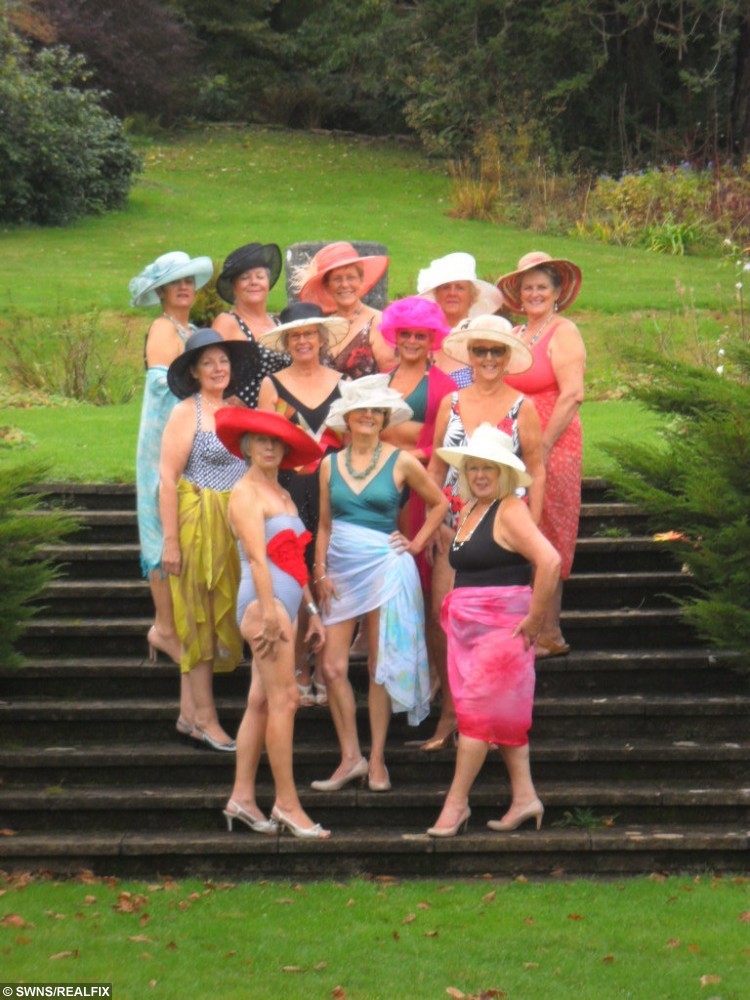 Totnes WI president Kate Taylor said: “Most women have body issues so to do something like this is refreshing and can help women get over their body issues”.

The photoshoot at the end of October was part of a short documentary film for a campaign called ‘inVisible’, which challenges body image issues among older women.

Lili John, 50, Creative Director for Sandstorm and Events Co-ordinator for Totnes WI, said: “We have such an amazing array of women here, from their 50s through to their 80s.

“I believe age is a state of mind and I think all our members feel the same.”

“When we came up the ‘inVisible’ campaign concept we carefully thought about how we could inspire women of all ages to be themselves and celebrate their bodies.

“It is refreshing to see that in a celebrity obsessed culture, women want to make a point of keeping things real and we totally support this trend.

“At Sandstorm we believe we should all stop, think and take note of who and what is important in our society.”

A short video about the inVisible campaign and the making of the photoshoot can be seen here: