Britain’s oldest and longest-serving nurse has retired after 66 YEARS working for the NHS – and still wearing part of her first uniform.

Dedicated Monica Bulman, 86, started walking the wards in 1952 aged 19 – four years after the NHS was formed.

She qualified as a registered nurse five years later and the inspirational grandmother has dedicated her life to treating tens of thousands of patients.

Monica ended her long career on the Hutchings ward at Torbay Hospital in Devon as part of the specialist outpatient surgical clinic team for Endoscopy. 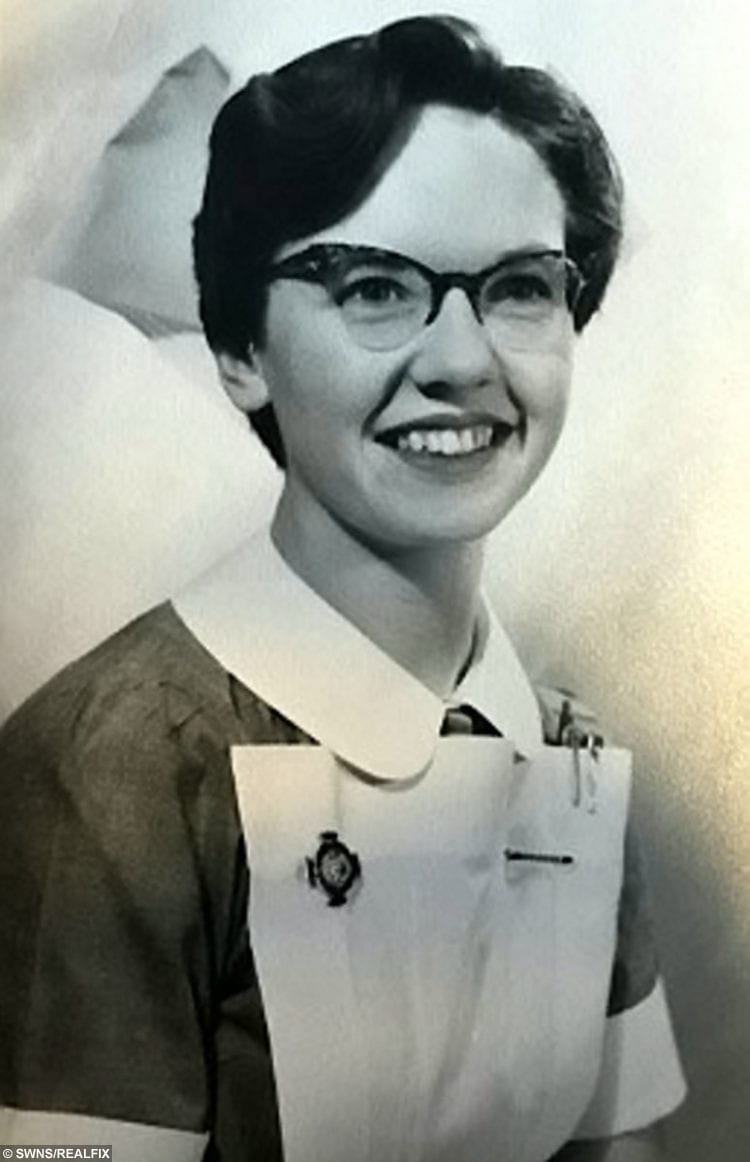 As she hung up her uniform she revealed she’s still wearing the same BELT she was given on her first day as a qualified nurse.

Monica reflected on the vast changes she has seen in nursing – from the advances in technology to the stacks of paperwork now involved.

And she said was retiring to spend time with her family.

Monica, a mother-of-two from Torquay, Devon, said: “The NHS has been a huge part of my life and I wouldn’t have wanted it any other way. 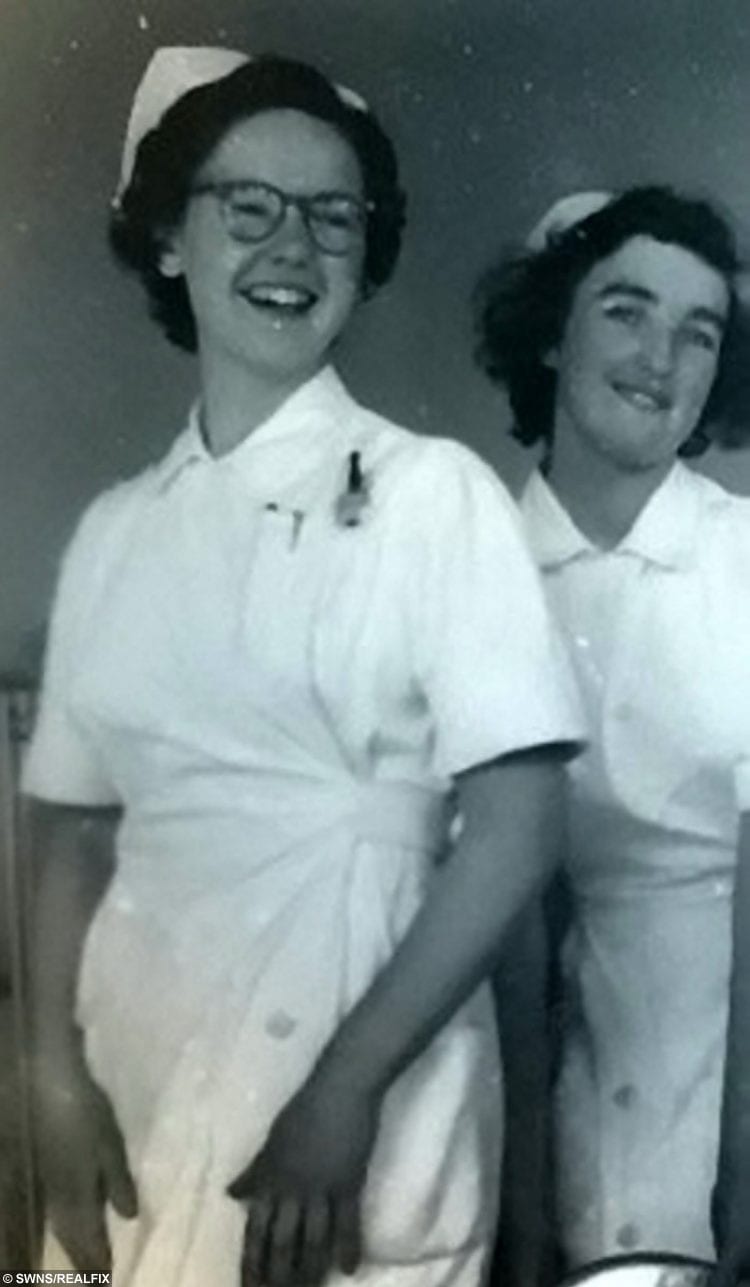 “However, I have decided that it’s now time for me to put my fob watch and belt away to enable me to spend quality time with all my loved ones.

“I have absolutely loved being a nurse – it has brought me so much pleasure and I have enjoyed every single second.

“It’s certainly going to take some getting used to with not coming in to work and seeing all my wonderful patients and colleagues. I’m going to thoroughly miss being a nurse.”

After 66 years working as a healthcare professional, Monica said she has seen many changes – but said the uniform today isn’t as ‘glam’ as it used to be.

She added: “Nursing has changed a lot over the years especially the technology, which is wonderful – unless it breaks down.

“Although we now have much more paperwork to compete, it is fantastic that with the technology we can now look up our patient’s x-rays and test results at the click of a button rather than having lengthy waits for the information. 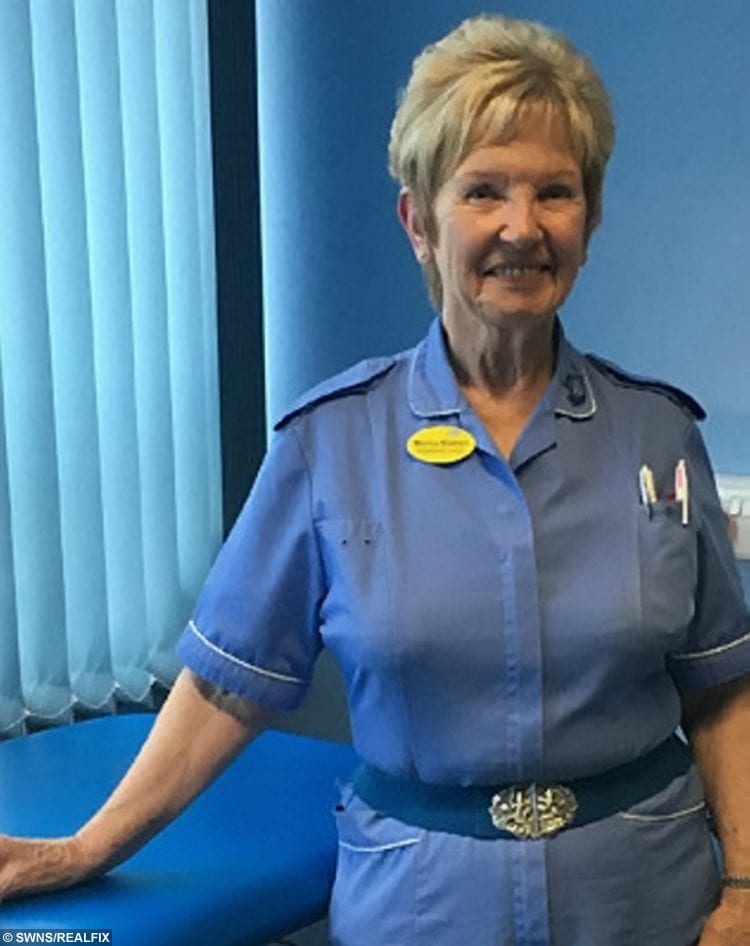 “Another change that amuses me is that years ago the Theatre Nurses, who were all gowned up, had to manually thread the needles for surgery, whereas now these all come in packs, pre-threaded.

“The uniforms have also changed considerably although I have to admit I did prefer our old uniforms, they were much more glamourous.

”I bought a belt to wear with my uniform when I qualified in 1957 – I still have and wear the very same belt to this day.”

Monica, who was born on September 1 1933, began her career at Eltham and St John’s Hospitals in London.

In 1968, after 15 years in the capital, she moved to Torquay, Devon, where she started working for a nursing agency.

In 1978, Monica took on a job in the emergency department at Paignton Community Hospital and later worked on the outpatients department.

Two decades later, she celebrated her 65th birthday but said she decided to carry on working as she “didn’t want to stop.”

A Sister from the outpatients department at Torbay Hospital asked Monica to work as a bank nurse for a few weeks but she ended up staying and worked there for another 20 years.

Her last post was as part of the specialist outpatient surgical clinic team for Endoscopy.

Looking back on her long career, Monica said her most enjoyable time was in her early years.

She added: “I loved my student training at St John’s Hospital. This was my favourite time. 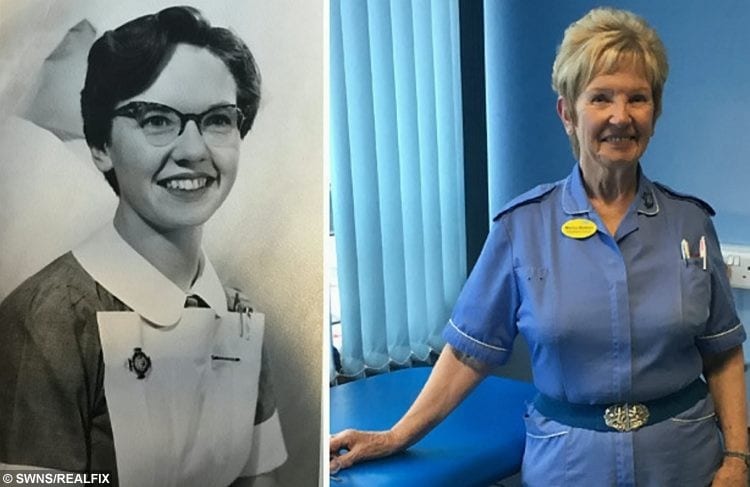 “After being on night duty, the Sister used to give us a cup of cocoa every morning after our night shift… she was our ‘mother hen’ and guided and nurtured us through our training as well as our personal lives. I have never been unhappy at work and have so many wonderful memories and friendships that will be with me forever.

“My job has kept me going and helped me through some of the toughest times in my life. I don’t know what I would have done without my colleagues and a job where I could dedicate myself to caring for others.”

Monica still regularly attends the gym and spinning classes, is an avid reader and also a a keen member of a local skittles club.

She added: “I do like to keep fit and healthy, but I also like to be ‘glam’ – I enjoy going to my local beauty salon as well doing all my hobbies! Most of all though I love spending time with my family and my grandchildren; this is what I enjoy the most.”

Liz Davenport, Interim Chief Executive of Torbay and South Devon NHS Foundation Trust, said: “I am sure I speak for everyone at the Trust when I say we are incredibly grateful for Monica’s incredible 66 years of dedicated nursing service in the NHS – she really is an inspiration to us all. It’s no mean feat to be one of the longest serving nurses in the country.

“We are so proud that she has been a member of our staff for so many years and we know that many people will have benefited from her nursing skills and positivity.

“We wish Monica all the very best in her retirement and we’re sure that she will make the most of this new and exciting chapter in her life.”