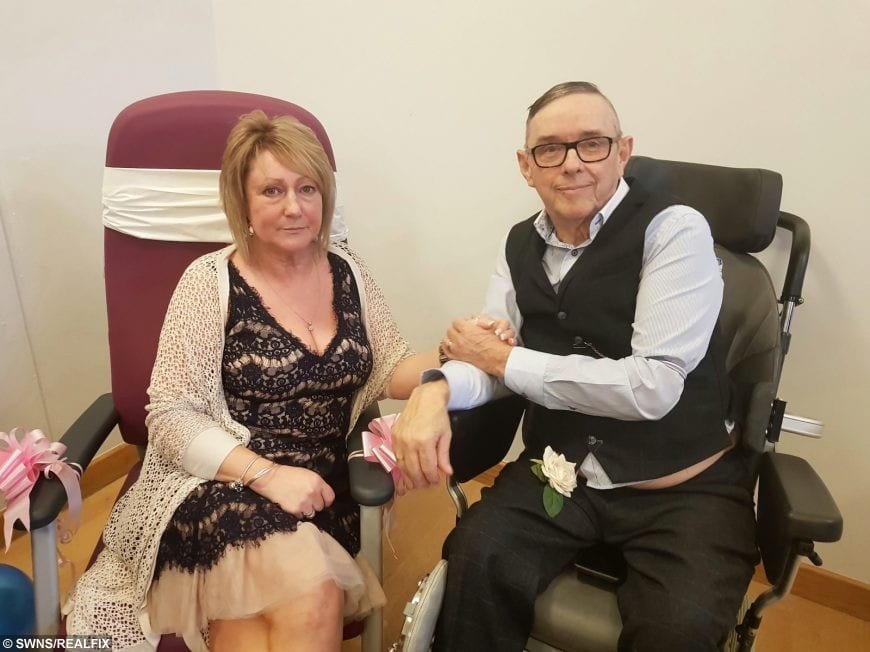 A devoted fiancee made her partner’s dying wish come true when they got married in hospital – just days after he was told he had stage four cancer.

The couple, who have been together for five years, got hitched on Tuesday (8/1) after Steve was told on Boxing Day that he had stage four cancer.

More than 20 friends and family gathered at Worcestershire Royal Hospital to celebrate their nuptials. 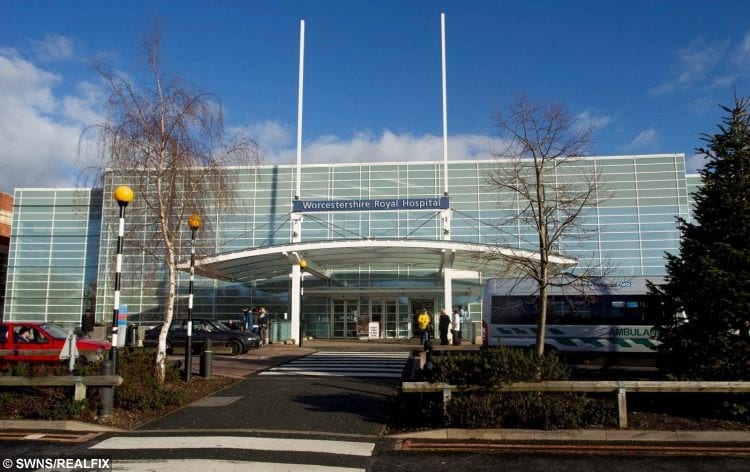 Steve, of Dudley, West Mids., said: “We are delighted to see everyone here. I would like to thank everyone for coming – you’ve been amazing.”

Before marrying the couple, registrar Richard Rudell said: “I have done weddings in hospitals before but never have I seen so many friends and well-wishers at a hospital wedding.”

Despite his diagnosis, Steve’s son Lee has launched a desperate appeal for help to raise £100,000 for private treatment to save his dad.

T cells are taken from a patient’s blood before a special receptor that binds to a certain protein on the patient’s cancer cells is added in the laboratory. 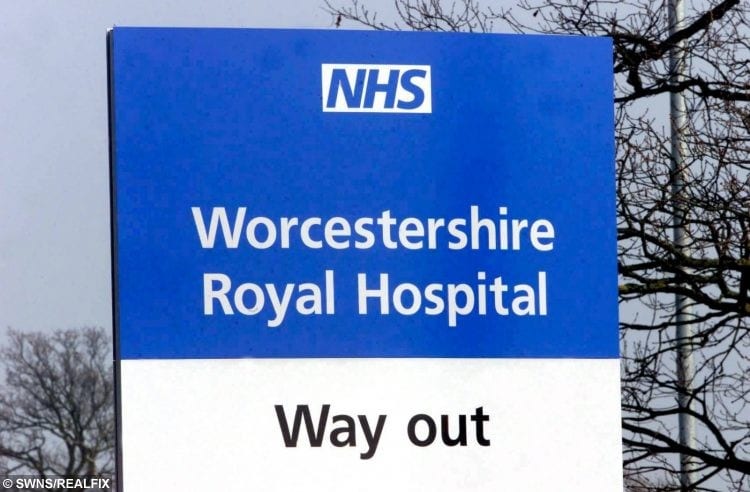 He said: “On Boxing Day he had a CT scan and the doctors said the cancer has broken his spinal cord and is unrepairable.

“We haven’t got long so time is precious.

“We just can’t give up. There is a new treatment available called Car T-Cell Therapy but it is only available privately.

“We don’t have much time so we need to start him on treatment as soon as possible.”

To find out more about Lee’s fundraising efforts, go to www.gofundme.com/life-saving-treatment-for-stage-4-cancer.