A British baby has become the first in the world given a cannabis-derived medicine as part of a trial to help kids born with a brain condition.

Little Oscar Parodi was born with hypoxic-ischaemic encephalopathy (HIE) – a lack of oxygen or blood flow from the placenta to the baby.

He was cooled to 33.5 degrees – which is standard treatment for babies with the condition, in a bid to limit brain damage and seizures.

But his mum Chelsea Parodi, 17, also agreed he could have an intravenous dose of a cannabis-based drug, following his birth on March 11. 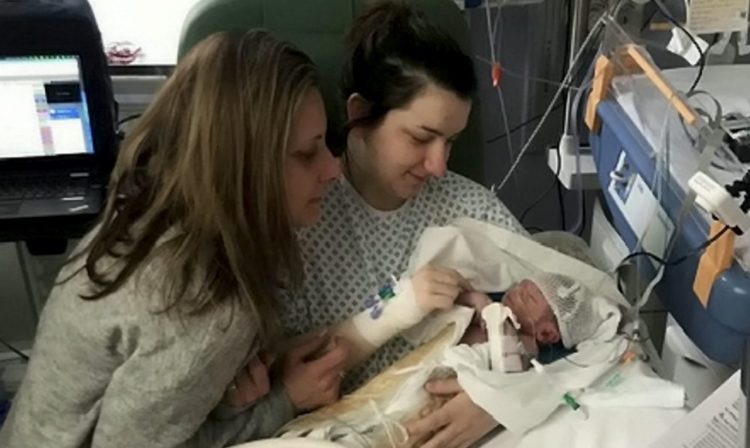 The medical trial at Norfolk and Norwich University Hospital is looking to see if the medicine lessens brain injury and seizures in for babies HIE.

Chelsea, a kitchen assistant, from Watton, Norfolk, said: “I was approached after the birth about taking part in this study and I consulted my mum and my brother who is training to be a paramedic.

“It was hard but I wanted to do everything I could to help my baby boy.

“Oscar was in hospital for nine days and he was being monitored 24/7.

“He is doing fantastically well and I am really grateful to Dr Clarke and the team for what they have done for us.”

Oscar was born via c-section and needed transfer to the neonatal intensive care unit where he was put on the cooling therapy for 72 hours – the standard treatment. 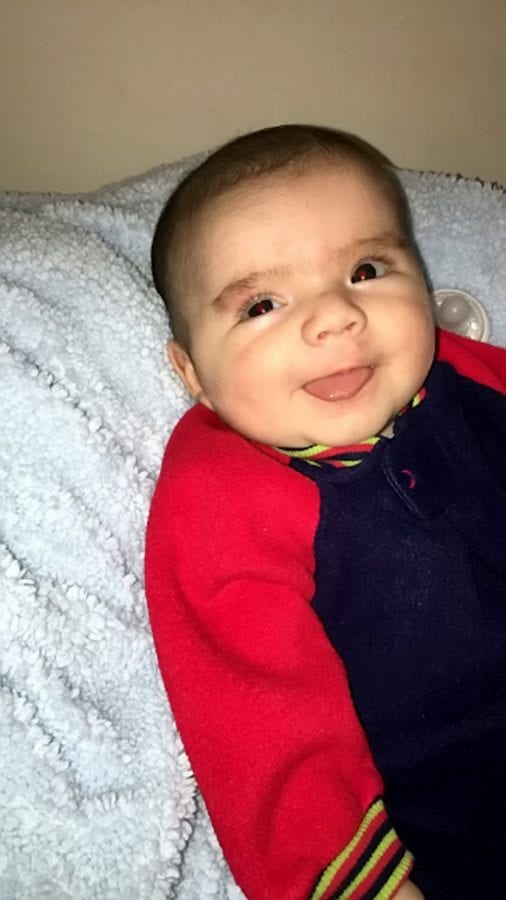 Babies who take part in the trial continue to receive this – but they also get a single dose of the study drug or a placebo, followed by some tests.

The solution contains a cannabis based medicine, extracted from the plant under highly controlled conditions, ensuring the THC component which causes a ‘high’ is minimal.

The drug is already being used to help treat children with rare forms of epilepsy, but this is the first time it has been used to try to prevent seizures in a baby with HIE.

The first babies to take part only receive a 30th of the usual dose.

The NNUH has enrolled the world’s very first two babies onto the study, which is funded by GW Pharmaceuticals.

Professor Paul Clarke, consultant neonatologist said: “There is a lot of excitement on the unit and we are proud to have recruited the very first babies into this study.

“This is the first time a cannabis-derived medicine has been tested intravenously in human babies.

“It is hoped that it will be good for preventing seizures and protecting the brains of new-born babies with HIE. 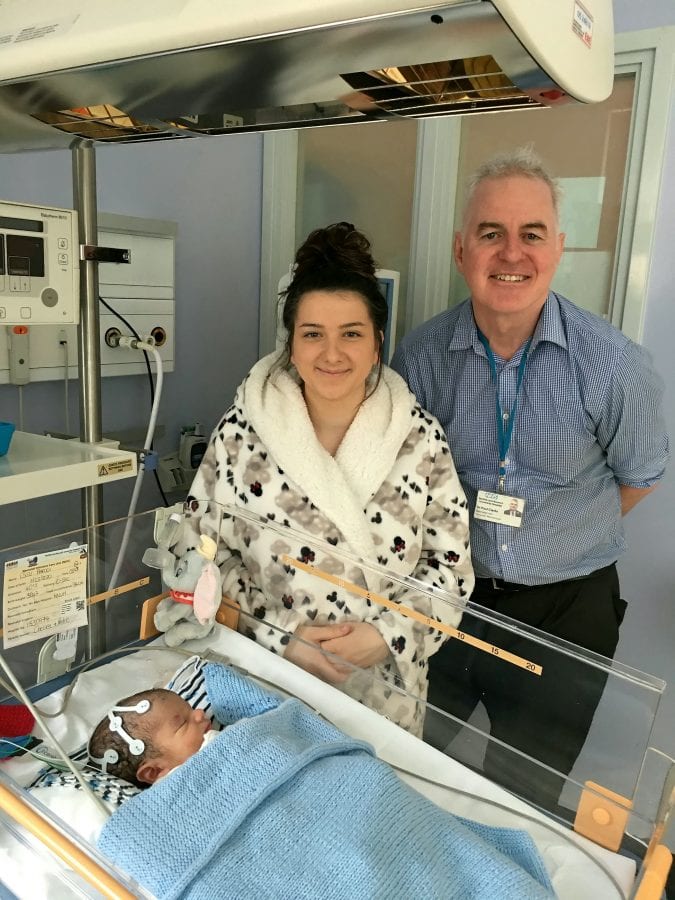 “We have always had good support from families wanting to take part in research on our NICU and they often do it from an altruistic point of view to help benefit future babies.

“One of the attractions of this trial for parents is the closer brain monitoring that babies get as part of the study, because a more advanced brain wave monitor is used for the trial babies. This gives parents more reassurance that any seizures will be picked up.”

“As with any study of a new medicine, there may be unexpected side effects and unknown risks.

“With this in mind, the trial has been carefully designed to make it as safe as possible and so we are only giving the babies a minuscule dose at the beginning and we monitor them even more closely than usual.”