A care home is to face a financial penalty for allowing a 91-year-old resident to freeze to death, a court has been told.

Annie Barritt was so cold when nurses went into her room that her temperature couldn’t register on a standard thermometer – and was eventually found to be a staggering 25.3 degrees centigrade, nearly 10 degrees below the hypothermia threshold of 35 degrees.

York Crown Court heard the elderly resident had not been given any hot food or drink as she spent her last day asleep in her room.

But even the hospital discharge papers for dementia-sufferer Annie stated that she needed to be kept warm at Oaklands Country Rest Home, situated near York.

She died after suffering from hypothermia – despite two nurses checking on her around 10 times on the day of her death.

The deputy manager who was in charge on the day of Annie’s death had previously told the management team he was not capable of holding the reigns to the care home.

David Hercock, prosecuting on behalf of Harrogate District Council, said: “By the time a night shift nurse realised she was in trouble at 7.50pm, she felt ice cold, she wasn’t breathing and her temperature was so low it couldn’t register on a standard thermometer.

“She was taken by ambulance to Harrogate District Hospital, but died there later the same day.

“She was suffering from hypothermia. Her core temperature was 25.3 degrees centigrade, nearly ten degrees below the hypothermia threshold of 35 degrees.”

At the time the home ran 30 homes for the elderly across the country, including Oaklands, and cared for 2,600 residents,

But investigations found that Annie’s death revealed the radiators in her and other rooms nearby were never maintained – and had been inexpertly repaired.

The only maintenance person on site was a handyman without the relevant qualifications or experience, who only worked mornings.

In a victim personal statement, one of her sons David Barritt told the court:

“No-one should be left alone, cold and without food or water to eventually die while being cared for by so-called professionals.”

David said he would “always be haunted” by the thought he was responsible for her death by placing her at the home following her death on November 4, 2012.

Her other son Anthony Barritt said management should “hang their heads in shame” over her death and called for them to examine their consciences.

Mr Hercock said staff at the hospital had warned the home days before her death she needed to be kept warm, but the advice was ignored. She suffered from dementia and low body temperature.

The court heard the day Annie died the deputy manager was in charge, who had previously told management he wasn’t capable of the job, saying he didn’t have the expertise to care for the elderly.

Despite going into the elderly resident’s room on an estimated 10 times – neither nurses or carers gave Annie something to eat or drink.

Mrs Barritt, who originally went to the home on July 25, 2012, for three weeks, but stayed there until her death.

She had suffered from dementia for five years and had fallen on October 27 and been taken to Harrogate District Hospital for treatment.

Her discharge letter said she should be kept warm. 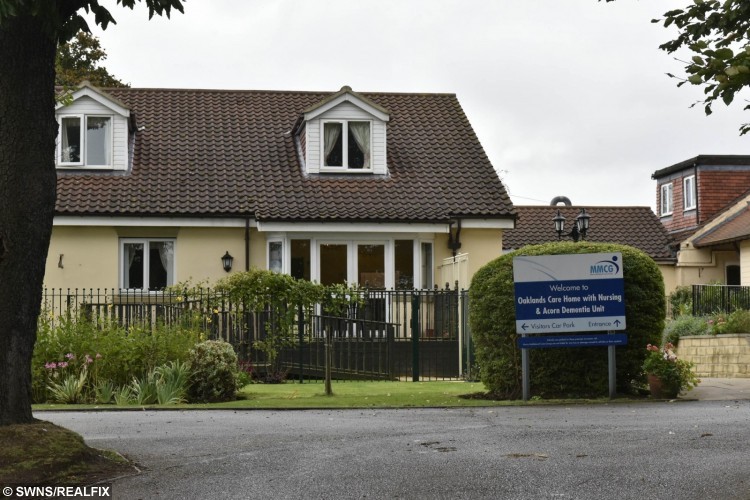 Relatives of Mrs Barritt and other residents, and staff had warned management repeatedly for two years that the oil-fired heating in the home’s Acorn suite didn’t work properly – but nothing had been done to rectify the situation.

The home had run out of fuel on several occasions during the two winters before her death.

The court heard that no thermometer test was used by the home until after the incident regarding Annie’s death.

Defending the care home, Peter Maxwell-Scott told the court yesterday (Tues): “The defendant has pleaded guilty at the first opportunity but does not admit they disobeyed the legislation and guidance.

“The company has been a responsible and responsive organisation.

“It is an overstatement that heating was a long standing and known problem. Here in this booklet in 2011 clearly states that the official book to report incidents that says ‘rad on’ which I can only believe the radiator was turned on.”

Judge Paul Batty then cut across Mr Maxwell-Scott to question the document, which underneath clearly read ‘Room Cold’ during a 2012 entry.

Commenting on the insertion, Mr Maxwell Scott said: “It says ‘Room Cold’ but over the 41 rooms the temperature would fluctuate depending on the type of season.”

He added: “And following this sad and tragic event, thermometers were placed in all 2,600 rooms.

“On 10 occasions Mrs Barritt was visited by two members of staff, she was not left for long periods of time.

“She was visited by a nurse in the day to change her bandages and Mrs Barritt was a normal temperature.

“Through the 2,600 patients who have been housed at care home – this is the first time anyone has died of Hypothermia.”

Maria Mallaband Care Group Ltd has an annual turnover of £50m and has won national awards.

The North Yorkshire home spent £800K a year on wages, including directors.

Recorder at York Judge Paul Batty, QC, said he would have to read through the material handed to him before he could conclude sentencing – but warned the company would “face a financial penalty”.

The case was adjourned until tomorrow (Weds) at 10.30am at York Crown Court.