Pictured William Randall, 59. Friends of a man battling Parkinson's disease appealed for help in their mission to build him a house extension - in just one day. See NTI story NTIHOUSE. William Randall was diagnosed with the degenerative condition 13 years ago and soon won't be able to climb the stairs in his home. His supporters have vowed to build a ground floor extension at his Nottingham home on September 19, with as many people getting involved as possible. Inspired by his resilience, a group of people in the village decided to undertake the ambitious task - with builders, plumbers, electricians and an architect all signing up.

Good Samaritan neighbours have rallied around a tireless fundraiser who was diagnosed with Parkinson’s to build him a life-changing extension – in one day.

William Randall, 59, was told he had the debilitating disease in 2001, but incredibly the building contractor responded by raising over £100,000 for charity.

As the terminal illness worsened, the father-of-three realised he needed an extension to let him live downstairs, and began work himself.

But after William was forced to abandon the project last year, his mates from Bulcote, Nottingham, took matters into their own hands – and built it in one day.

Speaking from his home as it was being built, William said: “This is all very emotional.

“I can’t believe so many people have got together, I didn’t realise this many people knew who I was.”

“I have done a lot of things for the village over the years, but you never do it thinking people will remember who you are. It’s amazing.

“I was a bit embarrassed at first, but humbled.”

William had a brain operation in October last year, which slowed the cruel disease, but he said: “You can’t stop it unfortunately.

“The operation gave me a few more years, but the day will come when I can’t get up the stairs and so I need this extension.”

William’s two daughters have moved back in with him, and he joked: “I’ve asked them to change the locks, because I can’t seem to get rid of them.”

Trevor Harris, 58, from Burton Joyce, Nottingham, organised the build and he said: “William’s done so much, and it’s about time we paid him back for it.

“Me and a few mates got talking in the village, and before we knew it we had dozens of people coming forward – plumbers, electricians and just helpers – who said they’d do it for free.

“It’s really just blown up from there, with everyone wanting to help.”

“He was a bit awkward at the start, but now he’s finally accepted the idea of someone helping him – which is a change.

“He hadn’t got the money because his operation last year cost, and he’s not able to work very much anymore, so he really needs this.”

The ground-floor extension will see William able to eat, sleep and bathe downstairs if he needs to.

Mark Chowdhury, 56, of Burton Joyce, has been friends with William for several years.

He said: “He’s not one of those people who say they are hard done by so it’s a pleasure to do it for him.”

William has raised over £100,000 for Parkinson’s charities and Chloe Cotton Trust, which helps children with cystic fibrosis.

Last year he zoomed down Mount Snowdon on the world’s longest zip line shortly before he had a 14-hour operation to slow down the progress of his disease. 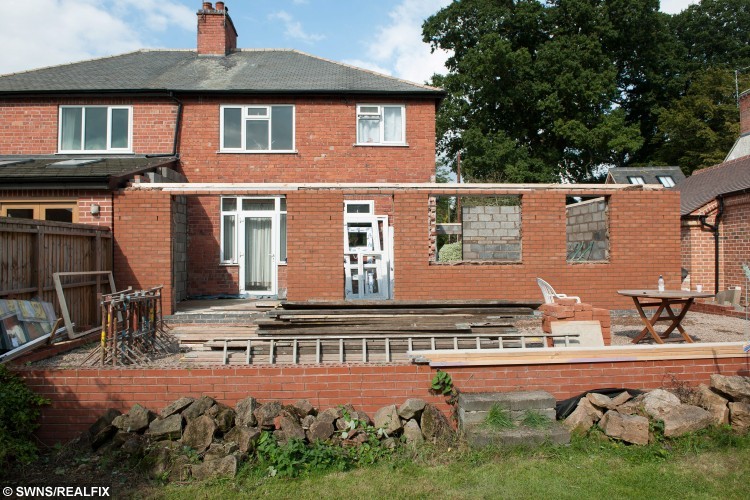