Ever been jealous of a cat? You will be now!

by RealFix
in Animals, Health, Videos
0

This lucky cat gets to eat every meal on a balcony that has an incredible view of the iconic – Pyramids of Giza.

Yoshi is a two-year-old F6 Bengal who lives in Cairo, Egypt with his owner Steven J Whitfield .

The pair live in an apartment that has a balcony with a stunning view of the world famous Pyramids of Giza.

Steven has begun snapping his photographic feline whenever he has meals on the balcony. 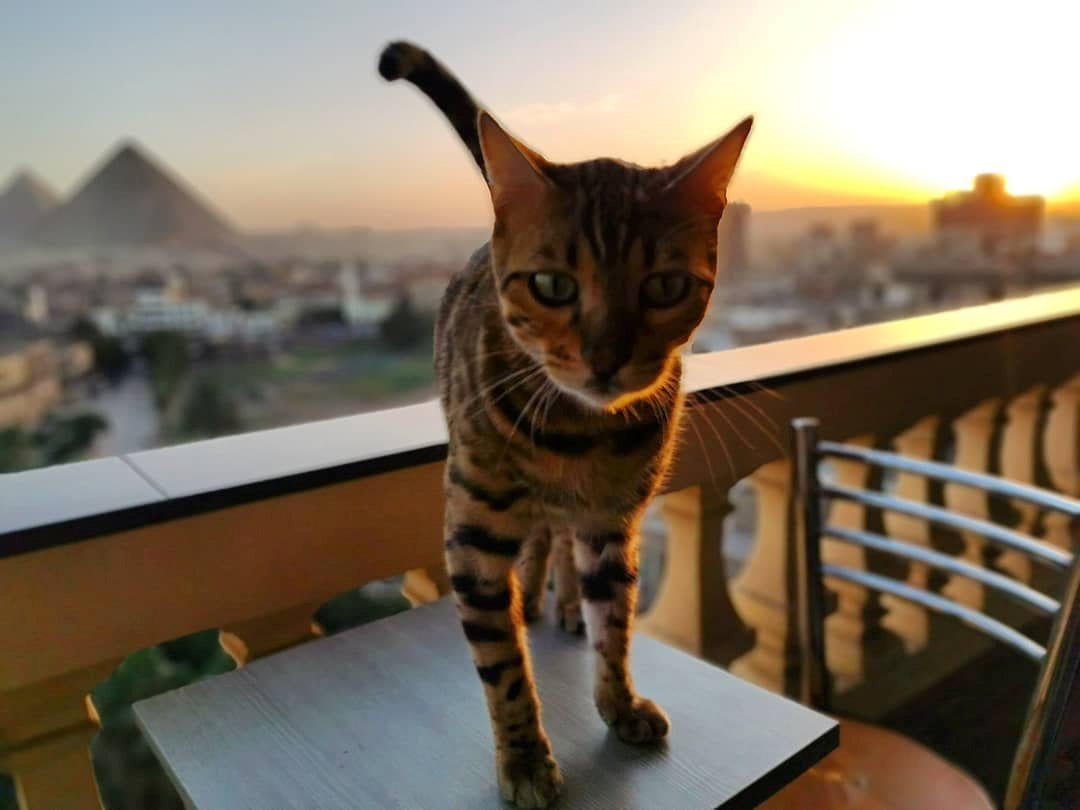 Steven, 35 from Texas who moved with Yoshi from Hamburg to Cairo in February said: “I always thought Yoshi was a stunning cat and always took photos of him doing cool things with me.

”’As soon as I moved in here, I knew a photo of Yoshi with the pyramids in the background was a must.

“I have photos of Yoshi traveling in Germany and Egypt but these particular photos show not only the pyramids but the surrounding city of Giza.

“The flat has a unique view of the pyramids even to Egyptians.

”I thought that maybe I would normalize living here but I still have most dinners with Yoshi out there. Every day feels very special. 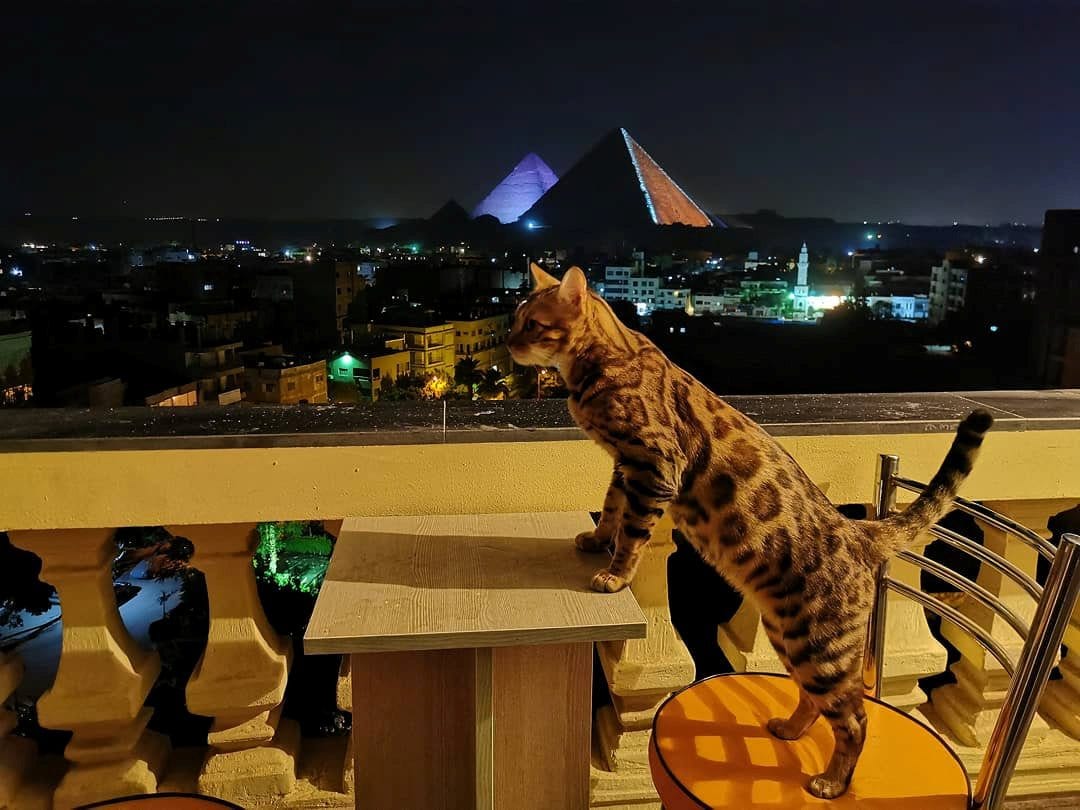 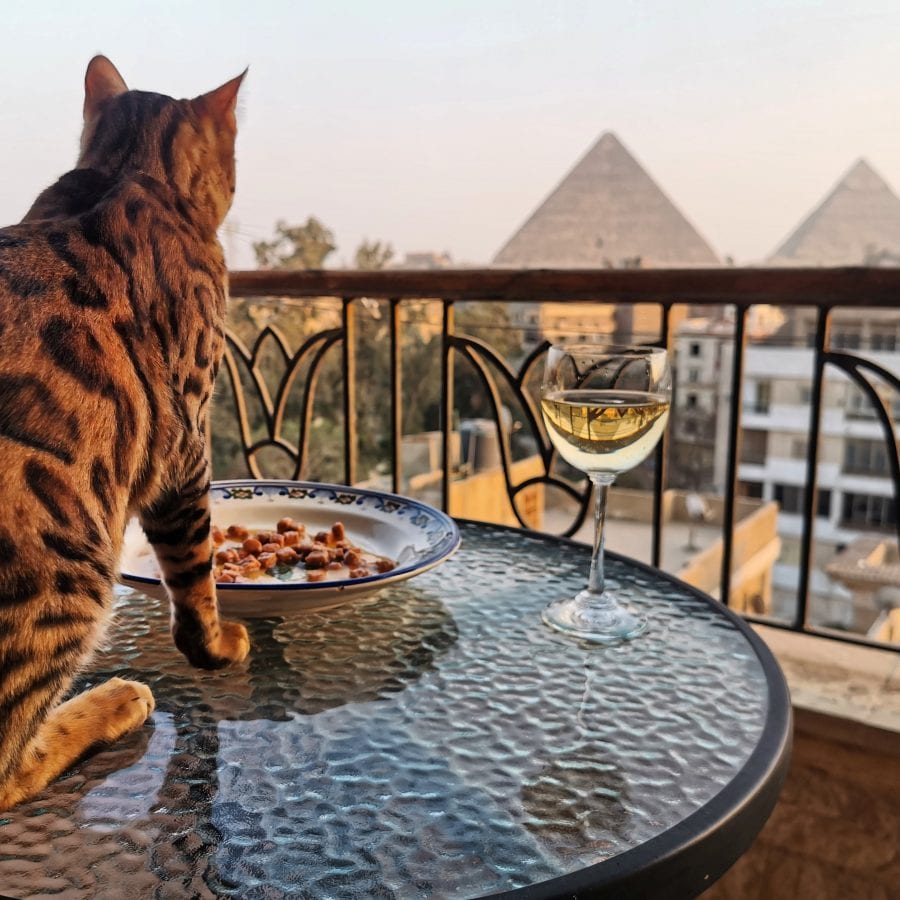 “Most people can’t decide if they enjoy the view or Yoshi, though most settle with Yoshi being the center of attention and the pyramids coming second.

”I’ve had several people tell me how much they enjoy the photos of YoshI hanging out up there.

“Yoshi and I are very close. He’s clingy and has to be in the same room as me at all times.

”He’s honestly the best cat I’ve ever had and he fits right into my lifestyle far better than I expected.

“He’s really been special for me being locked up in my flat and we’ve been able to keep each other occupied.

”He’s started to wait at the front door or sleep at the door when I leave so I’m a little concerned about his anxiety when I begin leaving for work again but otherwise, he’s very self sufficient.”

“It really sucks being brown”: This ten-year-old girl is determined to continue her fight against racism

I gave birth at home to one of Britain’s BIGGEST babies!

I gave birth at home to one of Britain's BIGGEST babies!