Samantha Fisher's whose headaches were cured by an ear piercing. See SWNS story SWEAR: A woman who was crippled with daily migraines which left her unable to leave a dark room for days on end has finally been cured - by an ear piercing. Samantha Fisher, 25, started suffering with headaches when she was just four-years-old but five years ago they became more extreme. The nursery nurse was regularly off work with shooting pains in her head which would last for days, forcing her to retreat to a dark room until they subsided. Distraught Samantha took up to 11 medications a day to prevent or treat the throbbing headaches - as well as trying endless alternative therapies - but nothing worked.

A woman who was crippled with daily migraines which left her unable to leave a dark room for days on end has finally been cured – by an ear piercing.

Samantha Fisher, 25, started suffering with headaches when she was just four-years-old but they became intolerable five years ago.

She took up to 11 medications a day to prevent or treat them – as well as trying endless alternative therapies – but nothing worked.

But she finally found a cure in when her mum Angie read an article about a young woman in America who cured her migraines with an ear piercing.

Desperate Samantha got the same piercing through her ear’s innermost cartilage fold five weeks ago and claims she has been free of headaches ever since.

It is thought the procedure – known as a daith piercing – helps ease migraines because it is the same pressure point targeted by acupuncturists to relieve chronic headaches.

Astonished Samantha, of Tiverton, Devon, said: “I suffered horrific migraines for most of my life.

“They were so bad that I was unable to leave my home.

“I’ve tried all the holistic stuff, lots and lots of different medications, so I thought it old costs £20 – the price of two prescriptions – so I figured why not.

“I had it pierced on the Saturday and I had been off work all that week with three migraines – something that was pretty common.

“It bled quite a lot but as soon as I had it done I felt a relief. I don’t know if it was just because it was bleeding, or the acupuncture effect, but I could feel the pressure lifting.

“I didn’t have a headache the next day, but I thought it must just be a coincidence and it was going to come back, but it didn’t – and it never has.

“I haven’t had one since. It’s amazing. I’ve finally got my life back.

“I can finally get on with things without the fear of getting a migraine.”

Samantha’s headaches were so bad that she would suffer migraines four days a week and found socialising almost impossible.

She had to lock herself in a pitch black room with no stimulation – TV, laptop or phone – for days on end, only emerging to go to the loo.

The unpredictable headaches came on suddenly without warning, and one Christmas Day she suffered too much to open her presents or come down for dinner.

She was taking four different kinds of preventative medicine a day to stop them, as well as seven other different painkillers when she was having a migraine.

Desperate Samantha visited a chiropractor and a massage therapist in a bid to find a cure, as well as trying peppermint diffusers, cold packs and essential oils – but nothing worked.

But three months ago her mum read an article about daith piercings, and she went to a piercing shop to have a heart-shaped metal looped inserted through her ear

“I can finally have a social life, be at work and just have a normal life,” said Samantha.

It is thought that daith piercings work in the same wasy as acupuncture – involving the placing of needles at specific pressure points on the body’s surface.

It causes the blood vessels around the needle to open up and become wider, allowing for an increase in blood flow to the tissues in the immediate area.

A report published in 2012 in the Archives of Internal Medicine analysed nearly 18,000 patients and doctors from eight universities and hospitals in the UK, US and Germany.

The results showed in conditions including chronic headache, acupuncture was twice as effective as the drugs and exercise recommended by most doctors. 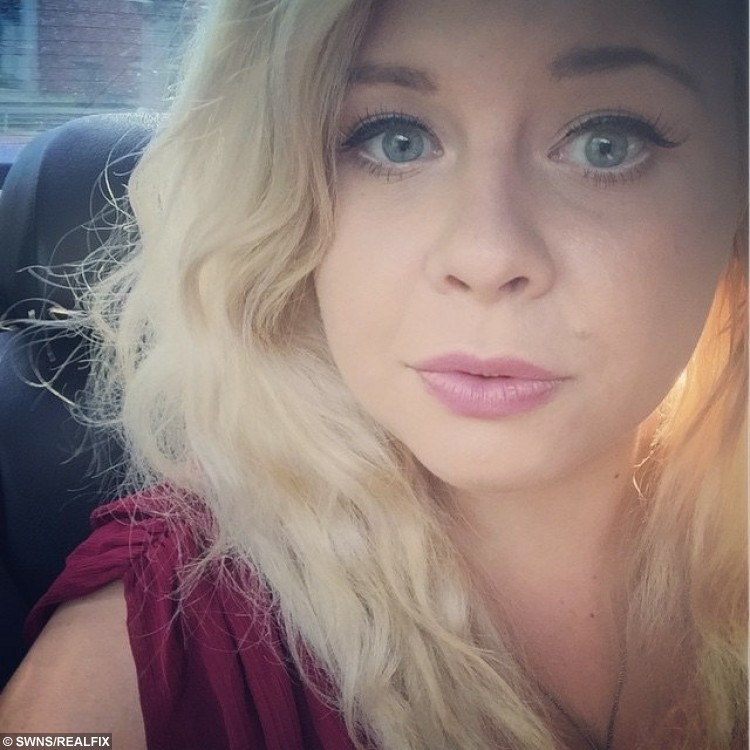 A blog on their website says: “The principle is that the piercing mimics acupuncture by hitting a pressure point, which relieves the pressure in the patient’s head.

“By having it done on the same side as most migraines occur, it’s thought to help reduce the incidence of migraines in the area.

“At this point, the effect of daith piercings on migraine has not been officially studied so it’s difficult to determine whether there’s any truth to the claims or not.”