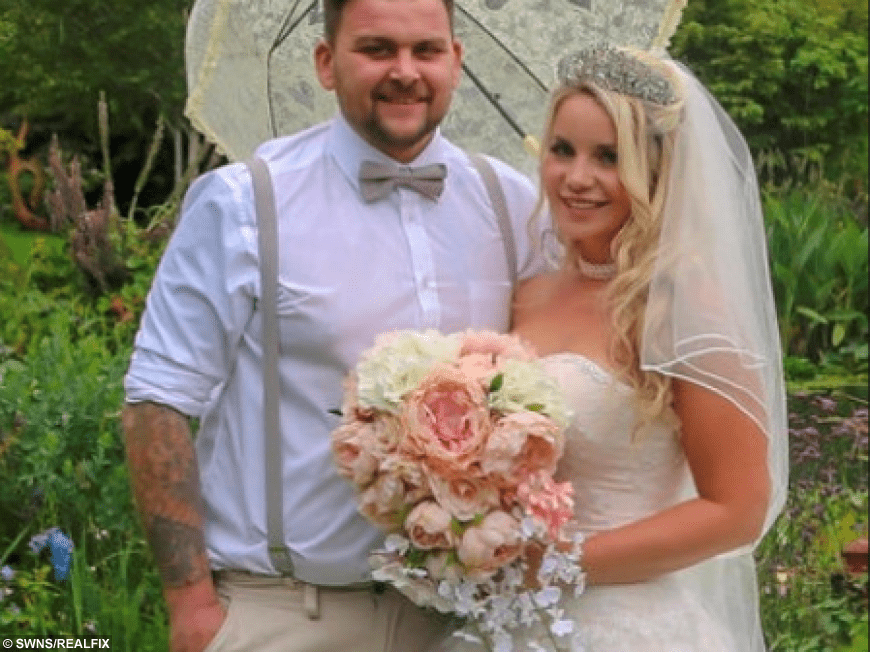 A couple have finally tied the knot after a mystery illness forced the bride to cancel their wedding THREE times.

Loved-up Tom and Kayleigh Willmott, 27, initially planned to wed in October 2016 after getting engaged on the Spanish island of Lanzarote four months earlier.

But when she was struck down by stomach pains and migraines, the pair were forced to put their plans on hold. 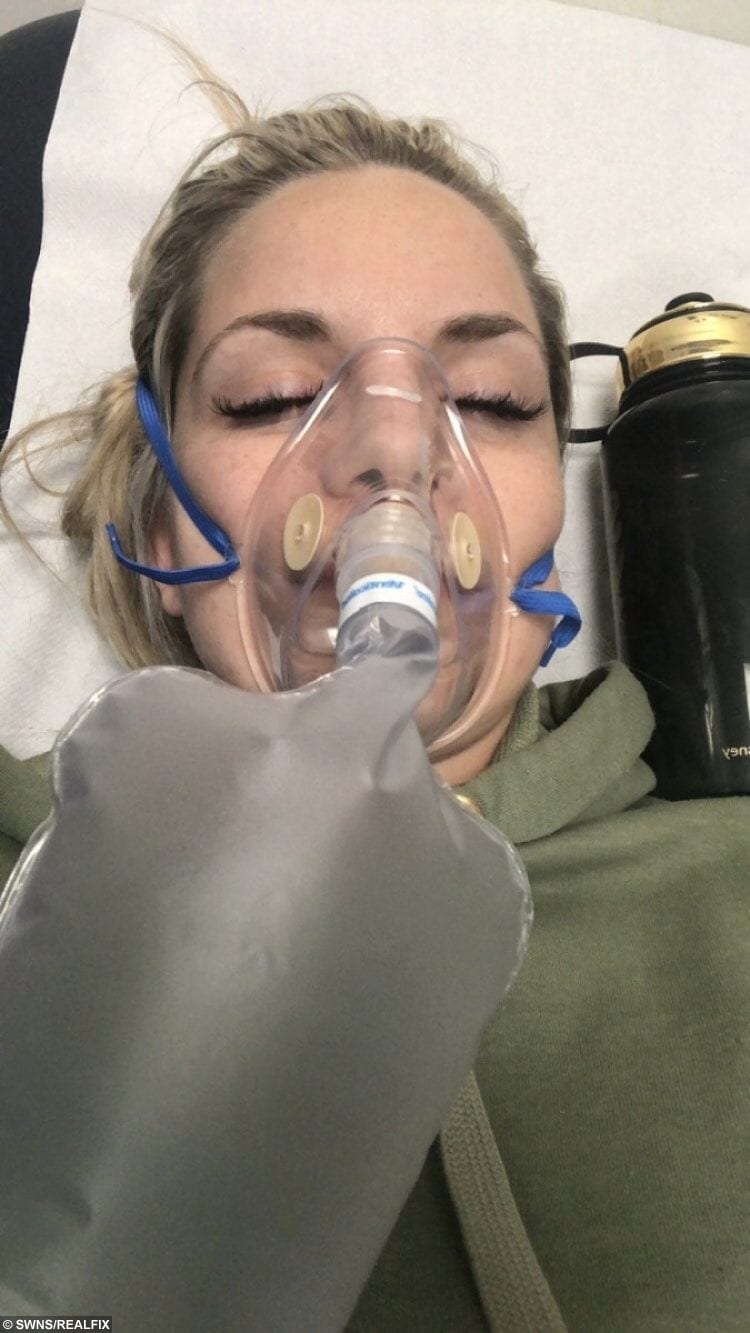 They re-arranged their nuptials for August 2017, only for her to continue suffering from the symptoms which baffled doctors.

But when a lump had to be removed from her lower abdomen, they were forced to re-arrange yet again – finally getting hitched last Sunday (26/08).

Kayleigh said: “It was really embarrassing.

“Everyone kept asking what is going on and lots of people think I am pregnant, which I am not.

“We had spent lots of money thousands. Because the first lots of invites were really expensive, so by the time we get to this lot of invites, we had to make it cheaper.”

Tom and Kayleigh met when they were both pupils at Northgate High School in Norwich, Norfolk.

They stayed friends and started dating in early 2014. 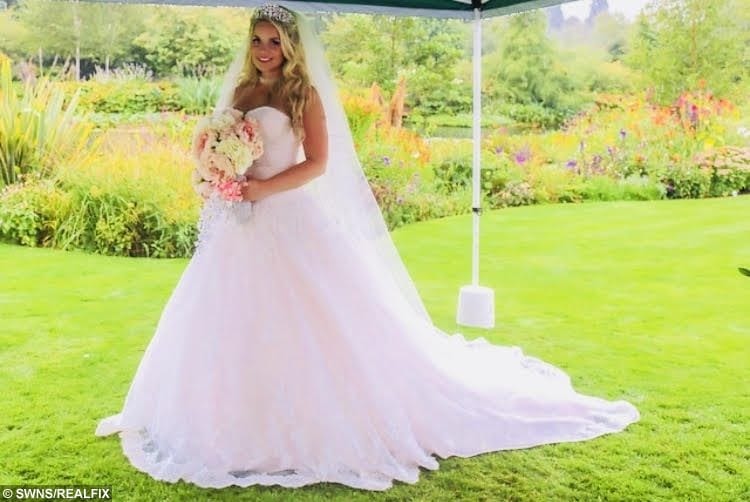 But they are unsure what is causing Kayleigh’s chronic pains, which have been so bad that they have resulted into her collapsing in public and sometimes ending up in hospital.

Kayleigh, who owns a beauty salon, is still undergoing tests while doctors desperately try to work out what is wrong with her.

The doctors said it is something to do with my immunity because I had pneumonia and my liver lining is inflamed,” she said.

“But I am still due to have tests and a MRI scan.

“It feels like I am being stabbed in the stomach – I will just be walking down the street and all of a sudden just collapse. It is scary.”

Tom, who works in traffic management, added: “We had to decide twelve weeks before each wedding if she was going to be well enough on the day or not. It was a nightmare.

“We cancelled three weddings and it devastated her each time.

“She didn’t want to get married with a possible dark cloud over her on her special day.”

But Kayleigh found the strength to walk down the aisle and marry her sweetheart Tom in a short ceremony at Dale Farm gardens in Dereham, Norfolk.

They had initially planned to have 160 guests at their wedding but trimmed the guest list down to just 45 after rearranging their wedding so many times. 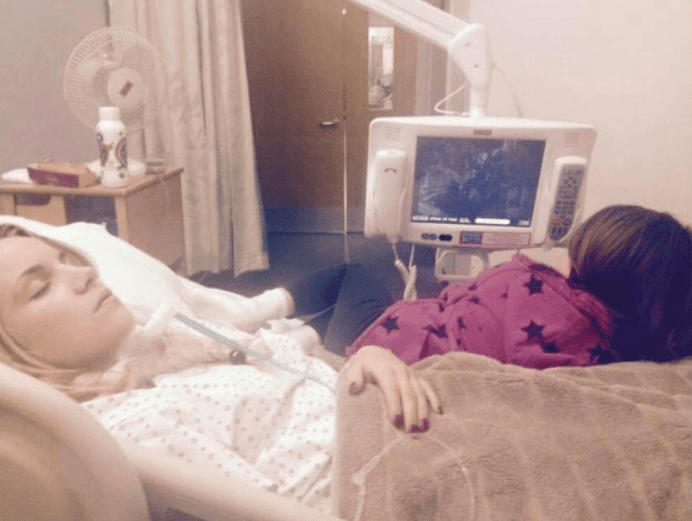 Kayleigh, who planned the wedding in just three weeks, says she was only able celebrate their vows for a couple of hours on the day due to her illness tiring her out.

The mum-of-two said: “I just tried to enjoy it, it was only a small ceremony.

“The day was around three and half hours because we just had a little celebration after.

“But we are doing our reception on another date, we still need to arrange it.

“I just wanted a bit of security for my kids because the dad is not really around on the scene.

The couple plan to go away on honeymoon once Kayleigh has received a diagnosis.