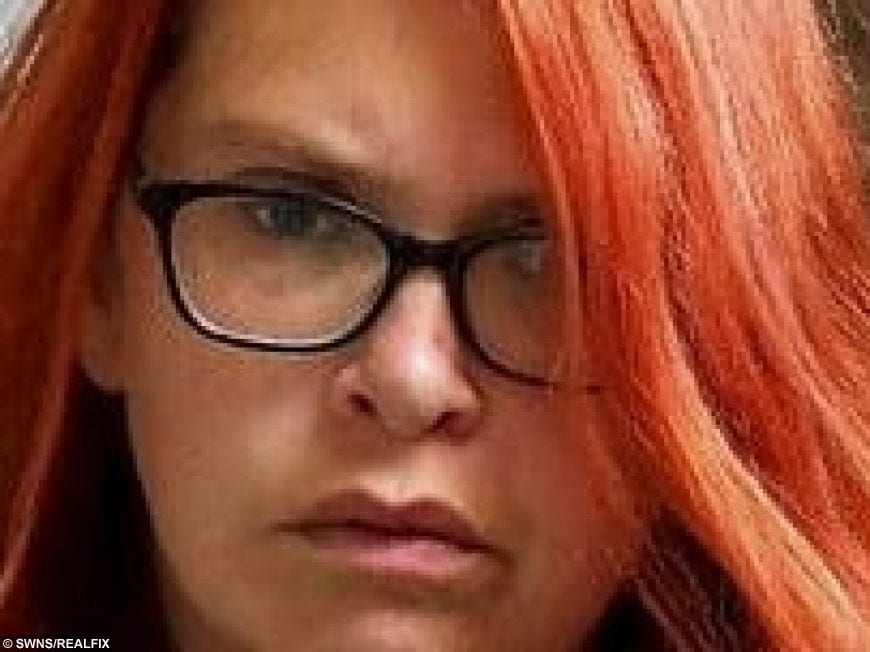 A twisted mum who plied her schoolboy son with a fatal overdose of painkillers was jailed for ten years on Friday (17/01/20).

Holly Strawbridge, 34, shared powerful painkillers with Tyler Peck, 15, and one of his friends in her kitchen.

The mum-of-five also poured liquid morphine into his beer and allowed the teenager and a friend to sniff aerosols during the session in Salcombe, Devon.

But Tyler tragically died from an overdose while he slept – on the drugs provided by Strawbridge.

A court heard that she had previously tried to shift the blame onto Tyler’s friends when the police turned up, asking them what he had taken.

She was later found guilty by a jury of four charges including supplying class A drugs and was sentenced to a decade behind bars at Plymouth Crown Court on Friday.

Judge Paul Darlow said: “You took a misguided pride that your house was somewhere where 14 and 15-year-olds could get hammered, as one witness described it.

“You were quite prepared to allow things to happen in your house which any responsible parent would not allow.”

Strawbridge had denied two counts of supplying the boys with a Class A drug during her trial.

She also pleaded not guilty to two counts of cruelty relating to sharing the drugs and alcohol with the pair.

Tyler’s cause of death was recorded an an overdose of Oramorph and Gabapentin but he was also found to have Valium and codeine in his system – all of which had been prescribed to Strawbridge.

A court heard that he had a history of drink and drug abuse.

Charity shop worker Strawbridge claimed she had put her son to bed on the fateful evening in February last year – unaware that he had taken any medication.

She also alleged that Tyler’s friends were making up stories about her supplying them with drugs over the previous two years.

Her husband Gavin and her four younger children were asleep upstairs at the property in Carr Close as the tragedy unfolded.

Piers Norsworthy, defending, told a court that his client had a low IQ.

He said: “This is a tragic case on any level. In my submission whatever her behaviour would have been that night it would not have been disregard of Tyler and (his friend).

“She has lost everything that was dear to her before that night. Of course she has lost her eldest son.

Mr Norsworthy said that she never intended to do her son any harm.

Referring to a probation report, he said she had been “unable to cope” with Tyler’s behaviour after he moved in the autumn before the tragedy.

He added: “This may be more comment but it appears that Holly Strawbridge was a loving mother to her children.

“She did all that she could to ensure they could all be together. She did not work and she volunteered one day a week in a charity shop.”

The court heard that Tyler had started smoking at the age of nine, using cannabis aged 12 before moving on to hard drugs when he was 13 or 14.

He had mostly grown up with his father and stepmother but had been allowed to live with his mother for the last four months of his life – despite concerns of his mental health worker and social workers.