Pet cat Erik is feeling SEW much better after he almost died when he swallowed a needle and thread.

Her owner Barbara McClelland, 48, noticed something was wrong when her daughter Imogen, 16, spotted a length of cotton hanging out of Erik’s mouth. 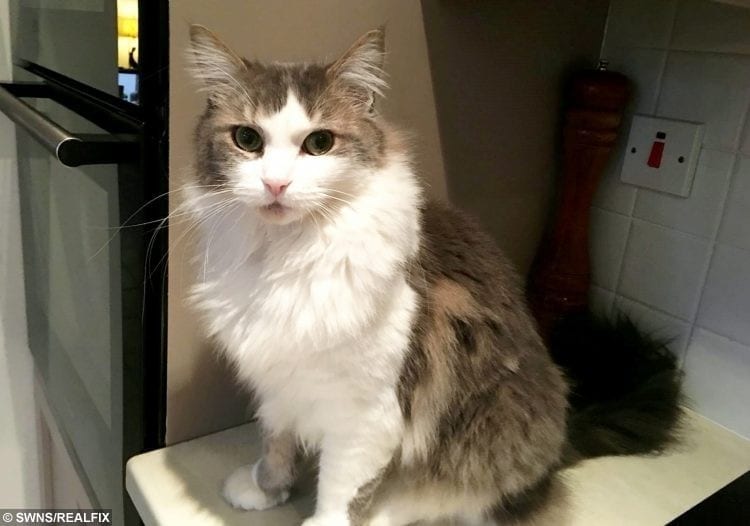 When she pulled it, the 18-month-old pet meowed in pain so they rushed him to the vets last Wednesday (6/3).

Vets at Avonvale Veterinary Centre in Warwick cut a small hole in Erik’s neck before gently pulling the needle free.

Vet Simon Davies said: “We got Erik straight in and took an X-ray.

“You could see where the needle was lodged with the naked eye but it had not made its way out.

“It had lodged sideways in his neck, which was actually a good outcome for him.

“The position it was stuck in meant we were able to cut a very small hole in Erik’s neck and simply pull it out that way, with the thread and needle still attached to each other.

“If it had not lodged and had instead travelled down to his stomach it could have been a far more serious situation.” 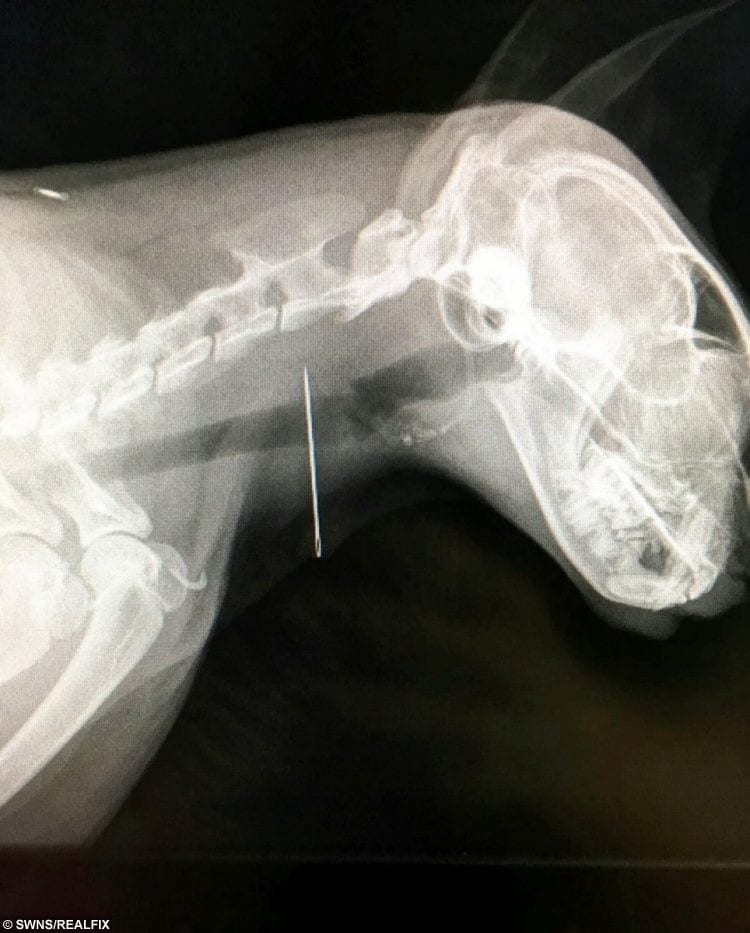 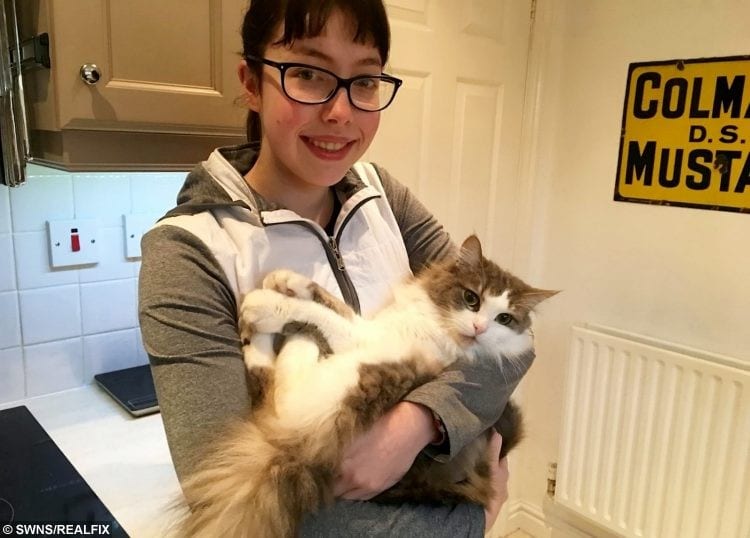 Incredibly, it was the second time Mr Davies has saved Erik’s life. When he was a kitten he almost died after contracting a potentially lethal infection.

Housewife Barbara, of Warwick, said: “We were desperately worried but when the door of the practice opened I immediately thought ‘Erik will be OK’ as it was Simon who
opened the door and he had already saved his life once.

“The first was when Erik was a kitten. He was taken away from his mum far too early and got an awful infection.

“He spent three nights in intensive care but Simon helped him live. Just as he has done again.”