Macmillan sponsored cyclist Rick Barton, 43, from Old Fletton, Peterborough, with his family Donna Beddows, Archie Slattery (10), Louie Barton (3), Georgia Barton (1) and Joey Barton (6 months). See MASONS story MNLIVE; A dad of five who planned his own funeral after being wrongly diagnosed with cancer is raising money for a charity which supported him during his darkest hours.Rick Barton, who also cares for nine-year-old stepson Archie, believed he had two years left to live after incorrectly being told by his GP he had liver cancer in June just six weeks after son Joey was born. The civil servant from Fletton had even told his devastated family the bad news and began taking his children out every day to places such as Dinosaur World and Pinewood Studios to enjoy their last days together.But four weeks later the 43-year-old received the incredible news from his specialist that the 65mm tumour in his liver was in fact benign and nothing sinister.

A father-of-five who planned his own funeral after being diagnosed with cancer was stunned when doctors gave him the all-clear four weeks later.

Rick Barton, 43, was given scans and blood tests after complaining to doctors about feeling lethargic.

As a result, Mr Barton was diagnosed with liver cancer, just six weeks after the birth of son, Joey.

After googling his prognosis, Mr Barton was certain that he did not have long to live so he decided to spend all of his remaining time with children Joey, Georgia, Louie, Ricky and Billy.

Mr Barton, a civil servant, had even begun to tell the children the bad news and took them out every day to places like Dinosaur World and Pinewood Studios to enjoy their last days together.

He also detoxed his diet and prepared himself mentally to fight the cancer with everything he had.

Despite vowing to fight the illness, Mr Barton took steps to plan his funeral, choosing Just a Dream by Nelly and Faithless’ Insomnia to be played.

But four weeks later Mr Barton, from Peterborough, Cambs., received a call from his specialist that the 65mm tumour in his liver was benign and was given the all-clear.

He said: “I was not very happy. I did not react with joy.

“I was so positive in fighting this cancer I had nothing to focus on.”

The news that he had cancer did not hit Mr Barton straight away, but he admitted that his partner, Donna Beddows, 36, was an emotional wreck after hearing the news.

Mr Barton now hopes that sharing his story will prevent this from happening again, as the consequences could be much worse for other people.

He added: “What I’m worried about is if they had given someone not so mentally strong the same news.

“Some people might go and blow their fortunes, split up with their partner or even kill themselves.” 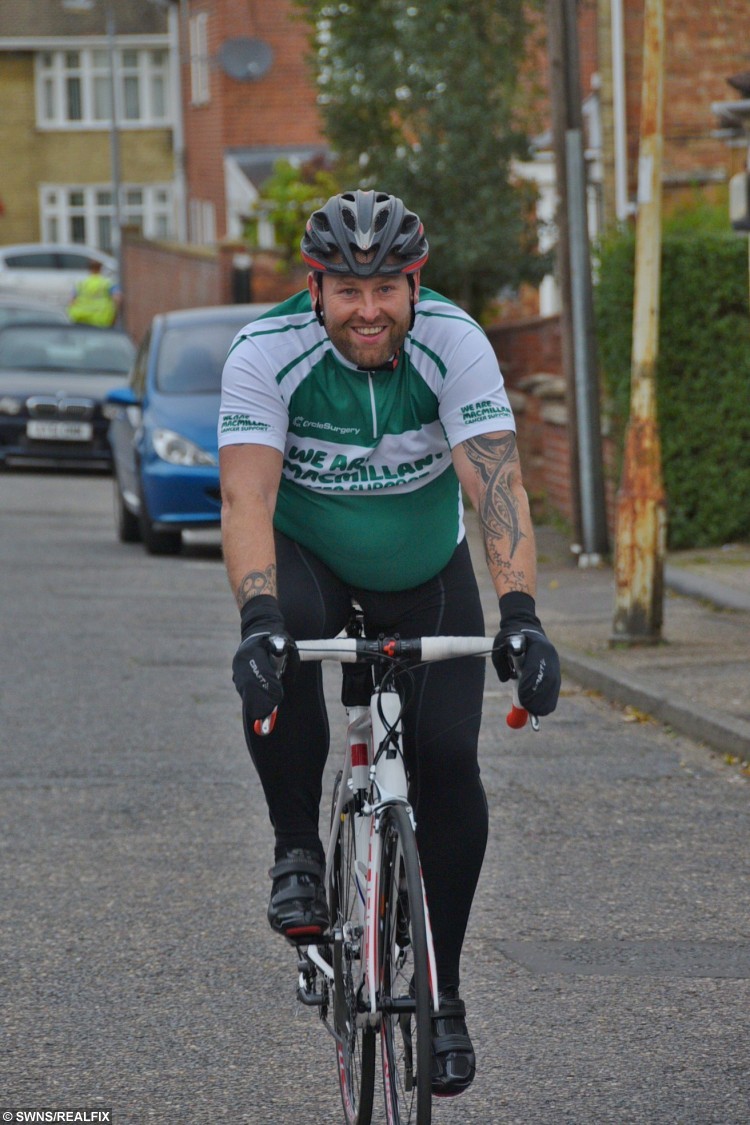 Can you spot the mistake that made a schoolboy fail his test?

Can you spot the mistake that made a schoolboy fail his test?