***EMBARGOED NO WEB USE BEFORE 15.00 October 04 2015 BST/GMT*** Paul Singleton age 45 with his fiance Ellie Kirkman age 44. Ellie Kirkman's fiance Paul Singleton from Chorleywood was diagnosed with a cancerous tumour in his nose in 2013 and was told the only way to save his life was to have his nose removed. Paul underwent an eight hour operation to remove his nose later he had reconstuctive surgery by taking a skin graft from his forehead , cartilage from his ribs and vessels from his arms but his nose collapsed within six months. But in march this year. Paul was offered bizarre ground-breaking surgery on the NHS that would mean groing a new nose on his forehead.

A father who lost his nose to cancer is undergoing ground-breaking treatment to fix his shattered face – by growing a new one on his FOREHEAD.

Paul Singleton dreams of the day his face is back to normal, so he can marry his fiancée.

The 45-year-old, from Chorleywood, Herts., had to take the heart-breaking decision to ruin his face to save his life, after doctors found a cancerous tumour in his right nostril and advised he have his nose removed.

Paul said: “They cut my nose off to save my life, and after the replacement effectively fell apart, I had no idea what I could do.

“But now the doctors say I can grow my own nose on my forehead – it’s given me a new hope.”

The life-saving cancer surgery involved removing the bridge and half the flesh of his nose, and Paul was left with a ‘tiny snub nose’ with just one nostril.

NHS medics attempted to reconstruct his nose – but the replacement ‘collapsed’ within six months of the June 2013 surgery.

But, incredibly, this March, consultants at Northwick Park Hospital, Harrow, offered Paul pioneering treatment – to grow a new nose on his forehead.

In a remarkable UK first, last month Paul had a self-inflating device inserted beneath his hairline to stretch the skin.

Remarkably, just three months later, the skin will be trimmed from his forehead and stretched over a specially crafted metal and cartilage ‘nose frame’ – and stitched to his face. 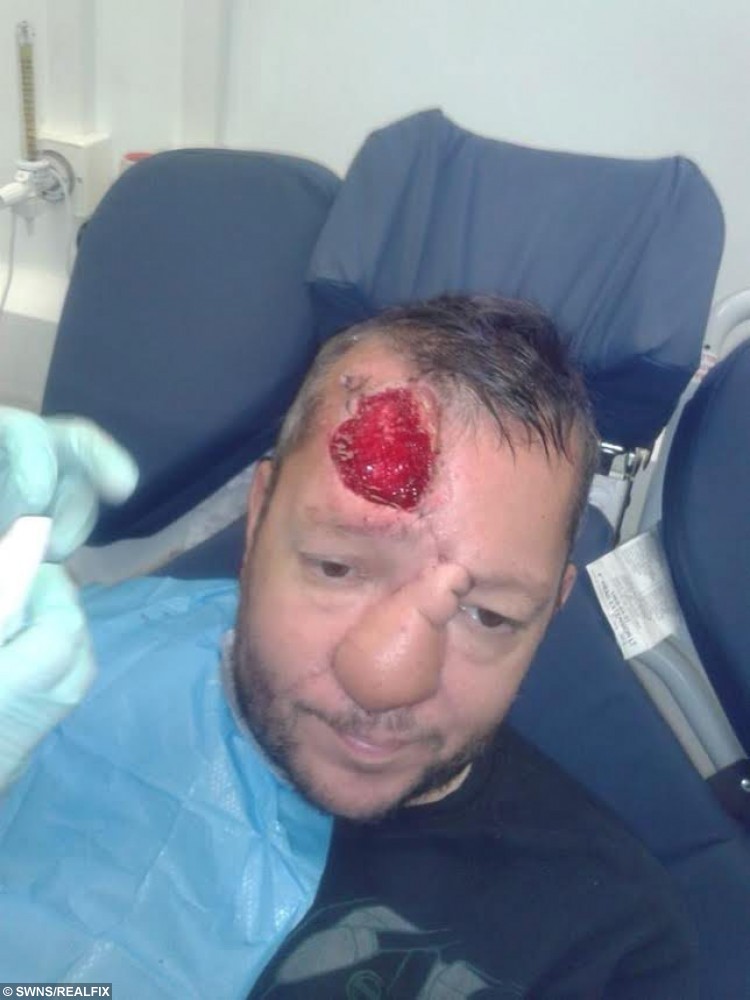 Paul and partner Ellie Kirkman, 44, who has a son from a previous relationship, have decided to postpone their wedding until next year – when his new nose will be in place.

PA Ellie said: “When consultants first told us about the treatment, Paul and I burst out laughing.

“We couldn’t believe it was possible.”

Paul added: “Growing a nose on my forehead sounded so impossible, I thought it was a joke.

“But my consultants explained that specialists in Germany had been working on it and that I was an ideal candidate.

“With my face looking how it did, I realised I had nothing to lose.”

Paul had been plagued with nosebleeds and sinus pains for months before Ellie spotted the tumour and insisted he had it checked out in July 2013 – which led to doctors diagnosing nasal and sinus cancer.

Dad-of-one Paul said: “They used cartilage from my ribs, blood vessels from my arms and a skin graft from my forehead to create the replacement, which was then attached to his face with 20 staples.

“When I saw my new nose it looked bulbous and oversized. What’s more, I was left with a giant wound on my forehead, a 10-inch scar on my arm and scar tissue on my forehead.”

Eventually, the dad was told the cancer treatment was successful and he was in remission – but over the course of six months, the reconstructed nose began to shrink and eventually ‘melted.’

He said: “I still had my sense of smell, but it looked awful.

“I was issued a ‘glue-on’ prosthetic nose to cover the stub – but it was embarrassing to wear in public as it would fall off when I sneezed. So I stopped using it.”

After almost a year of searching for a solution, consultants at his hospital told Paul about the new procedure that could save his shattered face.

Last month Paul had a coin-sized device inserted via an incision in his hairline in a 45-minute NHS procedure at Northwick.

Growing at a rate of just millimetres a day, the piece would self-inflate gradually over 90 days to create excess skin – and it is currently about the size of an egg. 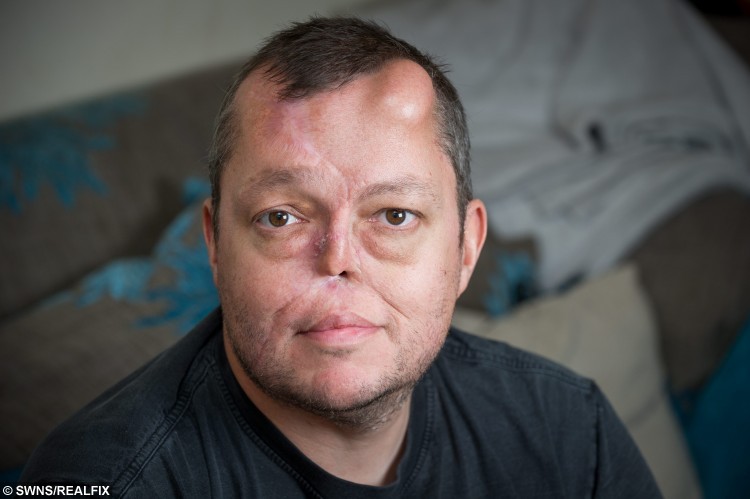 He said: “People do double takes when they see me sometimes, as I have a huge lump on my head.

“But a few stares are worth it to get a new nose.

“The doctors say it’s growing quicker than they expected, and hope to use the skin to finish my nose next month.”

Once enough excess skin is grown, medics will remove the inflated device and ‘trim’ the excess skin, before transferring it onto a metal and cartilage ‘nose bridge’.

The new skin will then be stitched over the bridge to hold it in place on his face. 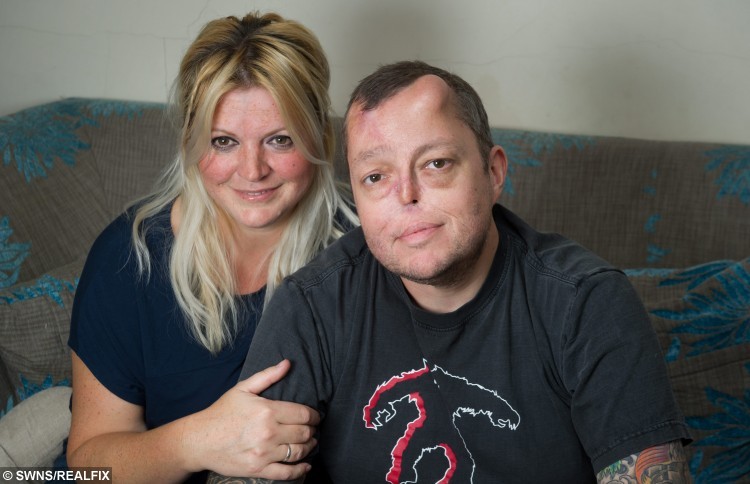 Adorable litter of rare puppies are attracting offers of 10k EACH!

Could this be the world’s dullest calendar?

Could this be the world's dullest calendar?