Barbara Carter who is angry about the treatment of her late aunt, Eva Bettany who died two days after being diagnosed with cancer, despite awaiting a diagnosis for three months. Hospital bosses have apologised to the family of a 94-year-old cancer victim – after failing to warn them their loved-one had the disease until two days before she died. See NTI story NTIBLUNDER. Medics suspected Eva Bettany had the condition and a 'cancer alert' warning was added to a computer on her ward. But the wrong diagnosis was put on her medical notes, the 'cancer alert' was missed off – and a junior doctor failed to tell the family about the possible condition. It meant Eva, of Longton, Stoke-on-Trent, was discharged home days later without being offered palliative care by a hospice for her terminal cancer. She was later readmitted to the Royal Stoke University Hospital and told she had cancer. She died two days later. Eva's niece, Barbara Carter, has been left stunned that her aunt's probable cancer was 'kept secret' for three months.

Hospital bosses have apologised to the family of a 94-year-old woman after they failed to tell her she had cancer – until two days before she died.

Eva Bettany was sent home from hospital despite doctors fearing she had the killer disease THREE MONTHS before she was eventually diagnosed.

The OAP had been admitted to Royal Stoke University Hospital on August 28, 2014 to be treated for jaundice where a scan triggered a ‘cancer alert’ warning.

Shockingly, she was sent home the following month with just stomach tablets to treat a gastric problem and no follow up tests were done or further care offered.

Mrs Bettany was then readmitted and treated for the same jaundice condition on December 15, 2014 after her health deteriorated.

Doctors finally realised their error and told the pensioner she had terminal bile duct cancer on Christmas Eve.

NHS bosses have now apologised to her family following a series of blunders, which meant the probable cancer was not been passed on to anyone by a junior doctor.

Her angry niece Barbara Carter, 76, lashed out at bungling medics for their “gross dereliction in their duty of care.”

The retired senior NHS nurse, from Stoke-on-Trent, Staffs., said: “How doctors could completely ignore a cancer warning is despicable.

“My aunt was a fighting fit, alert and independent 94-year-old and she was let down by very basic errors.

“They essentially kept her cancer secret for at least three months. I am still shocked and angry.

“The whole situation was, in my opinion, callous, insensitive and completely unnecessary.

“This missed diagnosis is tantamount to clinical negligence. She should have been offered palliative care three months earlier.

“One of the nurses showed me the case details on the computer two days before she died.

“She explained to me that there had been a red alert put on the system in September 2014 for a possible malignancy. I was gobsmacked and hit the roof.

“I believe that in patches the NHS is appalling.”

“Having worked there for 40 years I know how it works, so when I’m told they don’t have many complaints I find it hard to believe.”

Mrs Bettany was one of the Swynnerton Roses who worked in a North Staffordshire munitions factory during the Second World War.

She never married or had any children and lived in Longton, Stoke-on-Trent, most of her life.

A post-mortem examination found that she died from natural causes with cancer as the cause of death.

University Hospitals of North Midlands chief executive Mark Hackett has since ‘apologised unreservedly’ for a string of mistakes which include:

Mr Hackett said: “It is clear some aspects of the care, particularly around communication with clinicians, fell below the high standards we set.

“Senior clinicians have met with Mrs Bettany’s family to discuss their concerns and have unreservedly apologised.” 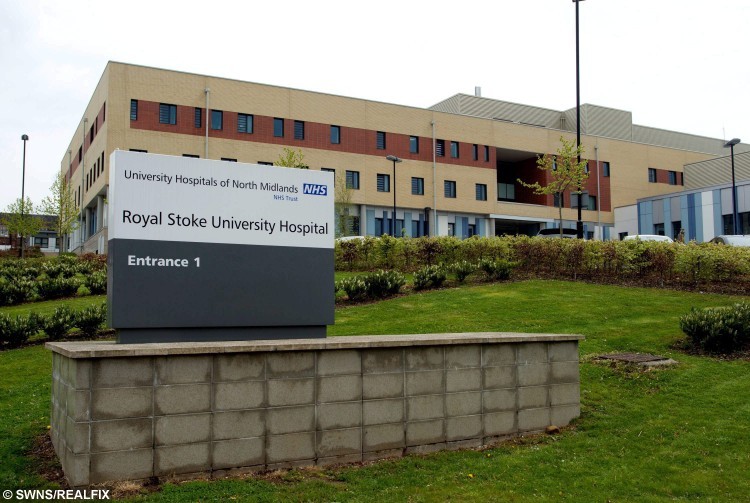