A young girl with cerebral palsy was devastated after a shop worker told her mum that she would ‘grow out of it.’

Ruby Doolan, 8, suffers from paralysis on her left side and visited Clarks shoe shop to find shoes with her mum Danielle Donaldson.

The pair had gone shopping for a pair of shoes with a high instep but left the store after the insensitive comment by a member of staff who “giggled and walked away”.

Danielle, 28, is so disgusted by the comments she has refused to visit her local Clarks, in Redhill, Surrey, again.

Danielle said: “The shop worker kind of giggled and walked away.

“I think she realised what she had said then and was quite uncomfortable at that point.

“I don’t expect everyone to know everything about cerebral palsy, I didn’t before I had my daughter, but at the same time I know how to talk to people and just don’t think that it is how you talk to people.

“It’s a conversation I shouldn’t have to have with my daughter.

“I’m more angry now than before, I think that is because of the lack of resolution I got out of it as well.”

Danielle, from Redhill, and Ruby entered the store last Tuesday and were first served by a member of staff who listened to Ruby’s requirements and retrieved several styles of shoes.

But the furious mum claims a senior member of staff interrupted the sale and claimed that “everyone” has cerebral palsy.

“That cerebral palsy, everyone has it, don’t worry though, she will grow out of it.”

The member of staff has since resigned from the store, after management investigated the incident and found it to be a “miscommunication”.

They claim the staff member had misunderstood Ruby’s high instep, the arched part of the top of the foot between the toes and the ankle.

Clarks have since apologised to the pair, but Danielle says it took the firm more than 24 hours to respond to her initial complaint and apologise. 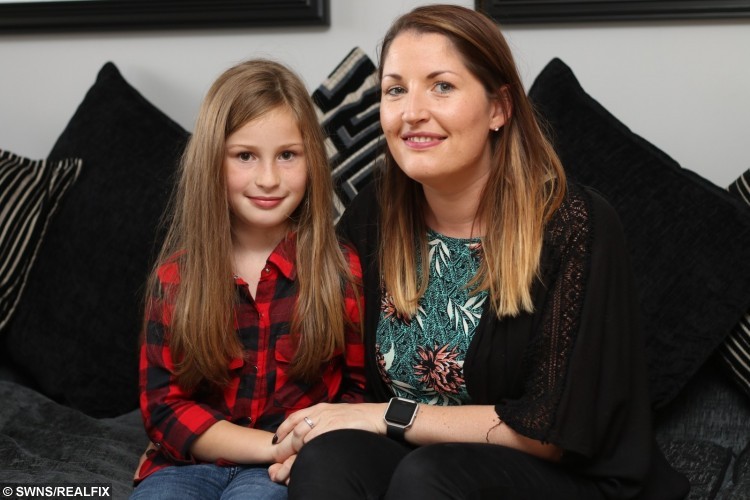 To add insult to injury, an area manager then told the mum that she shouldn’t visit her convenient store because she will get better customer service in Dorking, Surrey – almost ten miles away.

She said: “It was in front of a packed shop and it’s just really ignorant.

“I find it really strange that she thinks it’s acceptable to say that.

“The gentleman was actually quite nice.

“He was very apologetic on the phone, he did say he would apologise to her.

“I buy a lot of shoes from them because of the cerebral palsy.

“I live and work in Redhill so it’s really convenient for me to go in there.

“I just don’t see why I should have to go to a different store.”

A Clarks spokesperson said: “Clarks is disappointed to hear of Danielle Donaldson’s experience.

“Following the incident the member of staff involved has resigned from her position with immediate effect.

“We have investigated the incident as fully as possible and found that it resulted from a miscommunication between the former staff member concerned and Danielle Donaldson regarding her daughter’s high instep requirements which children ordinarily grow out of, not cerebral palsy.

“We have offered our sincere apologies to both Danielle and her daughter and are working hard to resolve this with them.

“Our staff are highly trained to serve our wide range of consumers and therefore it’s disappointing to hear of this instance.”